Another appalling Trump judicial nominee: This one aided killer cops

Kurt Engelhardt has a history of troubling decisions on police violence, racial justice and sexual harassment 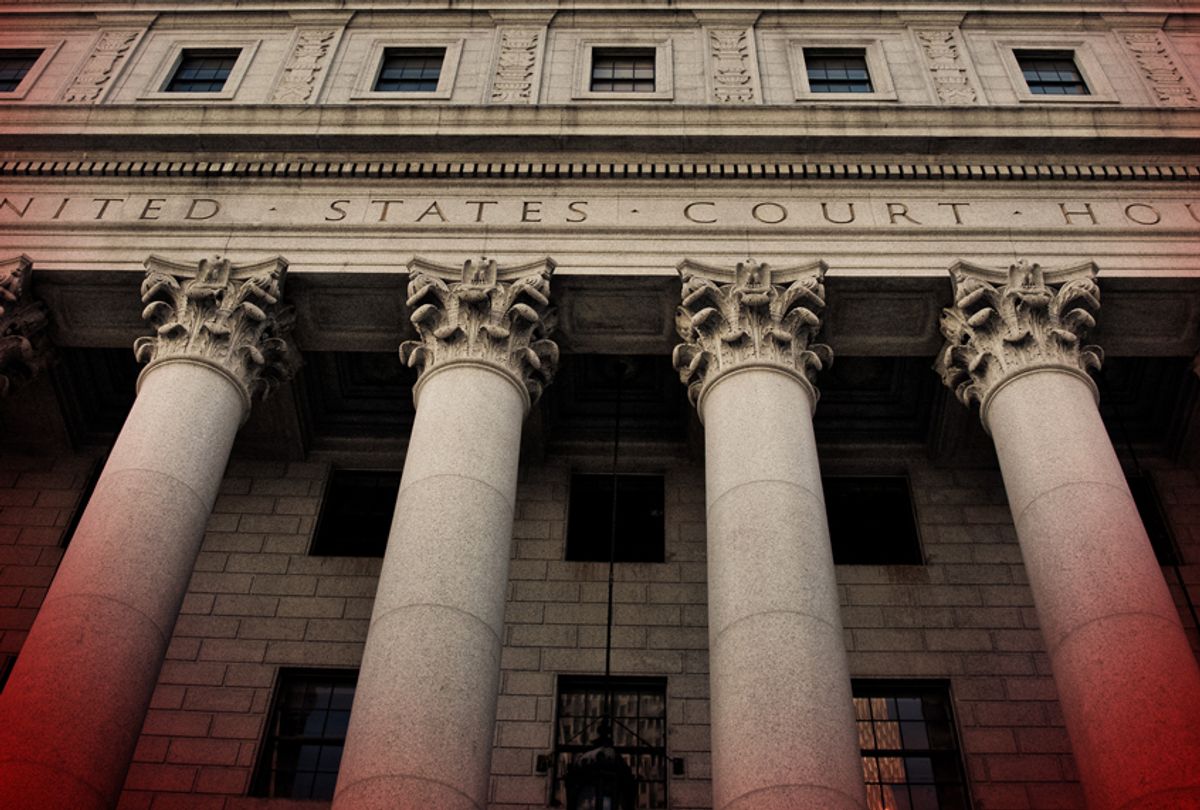 On Thursday, Republicans on the Senate Judiciary Committee, with the support of four Democrats, recommended a Senate vote for Kurt Engelhardt, a district court judge in Louisiana who has been nominated by Donald Trump to the Fifth Circuit Court of Appeals. That means Engelhardt will likely be up for confirmation very soon, despite his history of disturbing rulings on cases involving racial violence and injustice, as well as cases involving sexual harassment and workplace discrimination against women.

Engelhardt got national attention in 2013 for his ruling in one of the most scandalous cases of racial injustice and police brutality in the 21st century: The Danziger Bridge shootings following Hurricane Katrina in 2005, in which New Orleans police officers shot six unarmed black people, killing two and shooting the arm off one woman. The victims were evacuees from the hurricane, and one was chased down and shot in the back by police as he fled for his life. To conceal their guilt, the officers involved tried to frame the victims as the assailants.

“The Danziger Bridge case is something straight out of a movie," Kristine Lucius, an executive vice president at the Leadership Conference on Civil and Human Rights, told Salon. "People were killed and the police officers involved tried to cover it up. No one disputes those two facts.”

Prosecutors initially threw the book at the police involved, getting sentences ranging from 38 to 65 years for the four officers involved in the shooting and six years for another involved in the coverup. But the presiding judge, Engelhardt, made it known from the get-go that he was displeased with efforts to hold these police fully accountable for the murders, claiming there was as an "air of mendacity" around the prosecution and complaining that the plea deals prosecutors got from cooperating witnesses prevented him from issuing lighter sentences to the murderers.

Soon enough, Engelhardt was able to get rid of those heavy sentences when it was discovered that three of the federal prosecutors had left anonymous comments on a local website regarding the case. Claiming that the comments created a "prejudicial, poisonous atmosphere" for the jury — even though there was no evidence that any jurors had read the comments — Engelhardt threw out the convictions. The police were retried, this time only getting 7 to 12 years for murder and three years for the coverup.

“It was a really remarkable, almost unheard-of remedy," said Dan Goldberg, the legal director of Alliance for Justice. "Danziger Bridge is further illuminating when you compare it with another decision of his, a decision called Truvia v. Julien, where he denied the civil rights claims of two African-American plaintiffs who were held in prison for 27 years before they found out that their constitutional rights were violated because exculpatory evidence had been withheld at their trial."

In this latter case, Engelhardt dismissed the claim that the defendants had been victims of prosecutorial misconduct, even though what the prosecutor's office did — withholding exculpatory evidence — was far more serious than posting anonymous comments on a news site. Worse, this was part of an ongoing pattern of unconstitutional civil rights violations from the New Orleans district attorney.

"When it was flipped, where it’s African-American plaintiffs suing their local DA’s office, Engelhardt failed to see what were known to be frequent constitutional violations," Lucius said.

On gender issues, Engelhardt has built up a lengthy, troubling record of seeming indifference to women's legal right to work in an environment safe from sexual harassment. In a letter sent to the Senate raising concerns about Engelhardt's nomination, the Leadership Conference on Civil and Hum­­­­an Rights detailed three cases where Engelhardt dismissed women's complaints about sexual harassment without even giving the plaintiffs an opportunity to make their cases.

These cases stuck out, Lucius said, because "the standard for dismissing a case at that stage is really high," requiring Engelhardt to argue that what the women alleged did not actually constitute a violation of their rights under sexual harassment laws.

In the three dismissals, Engelhardt argued that there was no need to try the cases, because the incidents described by the plaintiffs "were neither severe nor physically threatening" and did not "rise to the level of an objectively abusive environment."

"He appeared to go out of his way to rule that these allegations didn’t even rise to the level of objectively hostile conduct so that a jury couldn't even hear these cases," Goldberg explained.

“On sexual harassment, I have been surprised that there hasn’t been more coverage" of Engelhardt's apparent positions, Lucius said, pointing out how much awareness has been raised on these issues thanks to the #MeToo movement.

The Leadership Conference on Civil and Hum­­­­an Rights also flagged a case where Engelhardt dismissed a woman's pregnancy discrimination case after she was fired from her job for having to take time off for doctor-mandated bed rest.

"The fact that Plaintiff’s absences were caused by pregnancy does not dispense with the general requirement that employees must show up for work," Engelhardt wrote, even though protecting worker's jobs in cases like this is exactly what the Pregnancy Discrimination Act of 1978 was written to do.

Engelhardt has been nominated to sit on the Fifth Circuit, which covers the states of Texas, Louisiana and Mississippi. Considering that "the Supreme Court of the United States only hears approximately 60 to 80 cases a year," Goldberg explained, that means for "millions of people who live in those states," Engelhardt may have, in many cases, "the last word on whether their rights, their liberties, and legal protections are properly enforced." It's not surprising, then, that Trump picked someone with an ugly history of not taking racial violence, injustice and gender discrimination seriously, and of seemingly dismissing such issues out of hand.