Behold the beauty of Barack and Michelle Obama's official portraits

The stunning presidential portraits are historic for a few reasons 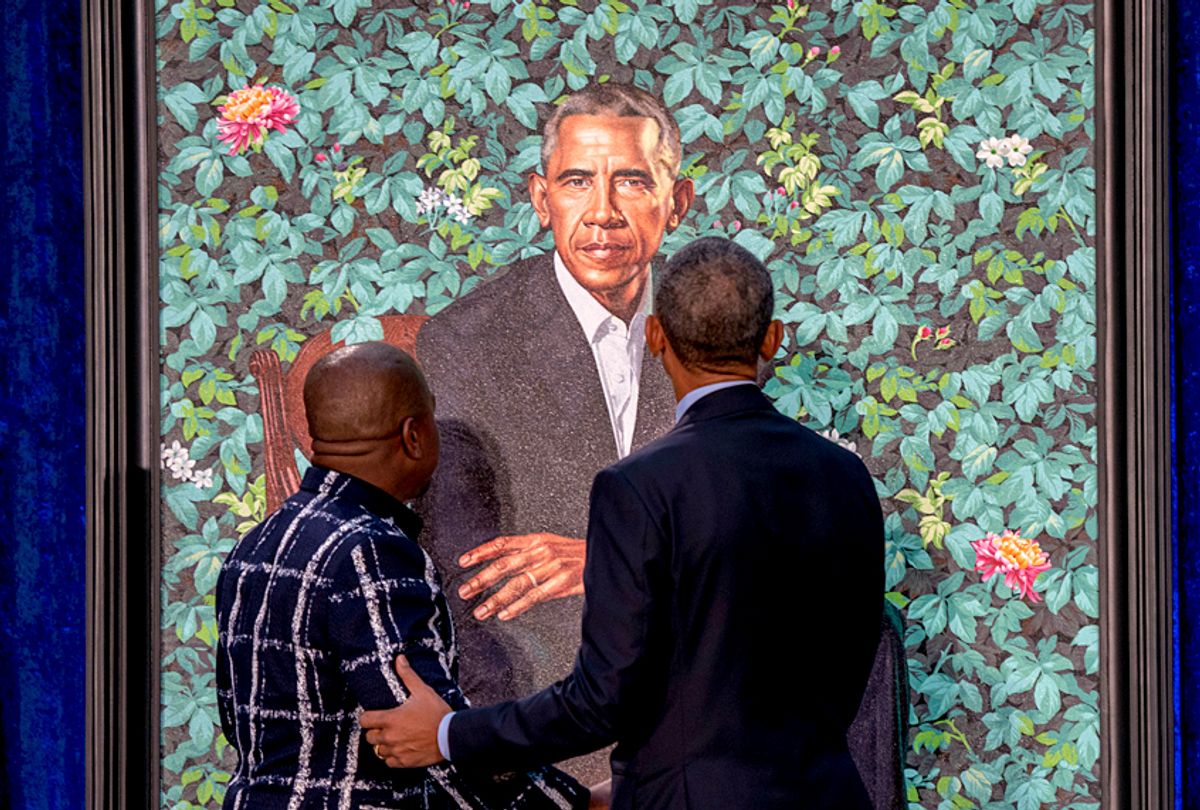 In Wiley's painting, Obama sits on a wooden throne surrounded by vibrant green foliage and multi-colored flowers that acknowledge his journey: jasmine for Hawaii; African blue lilies from his father's home country of Kenya; and chrysanthemums, Chicago's official flower. In Sherald's painting, the first lady gazes out regally, her skin gray and juxtaposed against a light blue background.

Wiley, an established artist known for his large portraits of black men like LL Cool J, Michael Jackson and Notorious B.I.G., infuses majesty, power and heroism into his paintings. His rendition of Obama is no different.

Sherald hails from Baltimore and won the National Portrait Gallery’s Outwin Boochever prize in 2016. The altering of Michelle Obama's skin to "grayscale," is Sherald's signature, "that doesn’t so much erase her subject’s race as declare its irrelevance," The Baltimore Sun said.

"I'm also thinking of all the young people, particularly girls and girls of color, who will see an image of someone who looks like them hanging on the wall of this great American institution," Michelle Obama said. "I know the kind of impact that will have on their lives, because I was one of those girls."

The former president also lauded Wiley's paintings, saying he was "always struck by . . . the degree to which they challenged our ideas of power and privilege," he said.

While Wiley ignored a few of Obama's requests —  his ears are bigger than Obama would have liked them to be, and his hair grayer — the painter heeded Obama's request to appear less like a god (or riding a horse). "I had to explain that I've got enough political problems without you making me look like Napoleon. We've got to bring it down just a touch. And that's what he did," the former president said.

On social media, people reveled at the beauty, uniqueness and power behind the former first couple's portraits.