The case for nationalizing Elon Musk

After the SpaceX launch, it’s time to demand that Musk give back a share of his profits 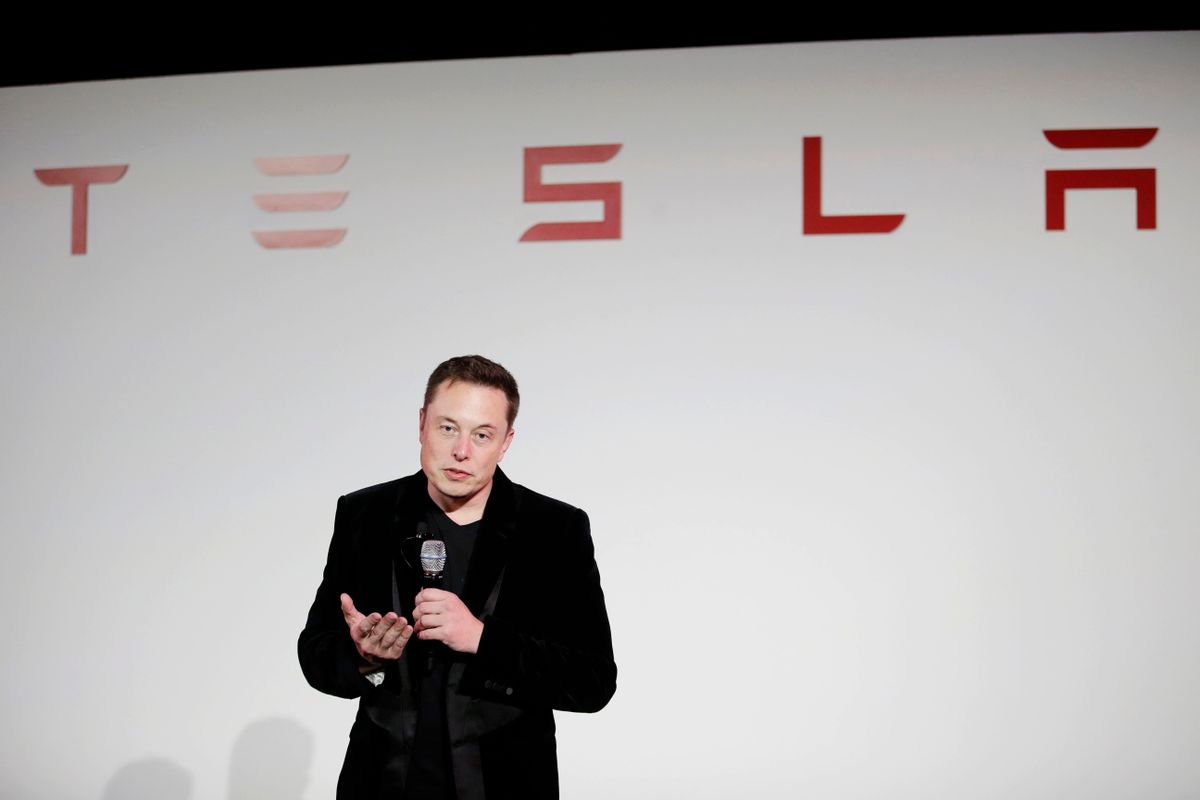 On Tuesday, Elon Musk launched some stuff into space. The SpaceX Falcon Heavy rocket was shot into the Solar System, tailed by a Tesla Roadster blasting David Bowie songs, reportedly the fastest car ever to be released into orbit. Each Falcon launch is only expected to cost around $90 million — a bargain in the world of extraterrestrial exploration.

Scientific American gawked, “Elon Musk Does It Again,” praising the “bold technological innovations and newfound operational efficiencies that allow SpaceX to not only build its rockets for less money, but also reuse them.” That view — shared by several other outlets — fits comfortably with the Tony Stark-like image Musk has crafted for himself over the years: a quirky and slightly off-kilter playboy genius inventor capable of conquering everything from outer space to the climate crisis with the sheer force of his imagination.

One of Musk’s long-term goals is to create a self-sustaining colony on Mars, and make humanity an interplanetary species. He hopes to shoot two very wealthy people around the moon at some point this year. Musk has invested an awful lot of public money into making those dreams a reality. But why should Americans keep footing the bill for projects where only Musk and his wealthy friends can reap the rewards? Enter: the case for nationalizing Elon Musk, and making the U.S. government a major stakeholder in his companies.

The common logic now holds that the private sector — and prodigies like Musk, in particular — are better at coming up with world-changing ideas than the public sector, which is allegedly bloated and allergic to new, outside-the-box thinking. Corporations’ hunt for profits and lack of bureaucratic constraints, it’s said, compel cutting-edge research and development in a way that the government is simply incapable of. With any hope, more of these billionaires’ breakthroughs than not will be in the public interest.

The reality, as economist Mariana Mazzucato argues in her 2013 book The Entrepreneurial State: Debunking Public vs. Private Sector Myths, is very different. Many of the companies that are today considered to be headed by brilliant savants — people like Steve Jobs and, yes, Elon Musk — owe much of their success to decades of public sector innovation, through repackaging technologies developed over the course of several decades into new products. Take the iPhone, essentially a collection of Defense Department research and National Science Foundation-grant projects packed into one shiny machine.

“The prospect of the State owning a stake in a private corporation may be anathema to many parts of the capitalist world,” Mazzucato writes, “but given that governments are already investing in the private sector, they may as well earn a return on those investments.”

As she notes, Musk’s future-oriented empire — Tesla Motors, SolarCity and SpaceX — has benefitted from around $5 billion in local, state and federal government support, not to mention many years of foundational public research into programs like rocket technology. SpaceX itself exists largely for the sake of competing for government contracts, like its $5.5 billion partnership with NASA and the U.S. Air Force. The U.S. Department of Energy invested directly in that company, as well as in Tesla’s work on battery technology and solar panels. The latter is perhaps the biggest success story of the Department of Energy stimulus grant that also supported Solyndra, a solar energy company reliably held up by the Right as an example of the government’s failure to make wise investment decisions. “Taxpayers footed the bill for Solyndra’s losses — yet got hardly any of Tesla’s profits,” Mazzucato notes.

As Mazzucato finds, the private sector hasn’t done much to earn its reputation as a risk-taker. Corporations and venture capitalists often adopt conservative thinking and fall into “path dependency,” and are generally reluctant to invest in important early-stage research that won’t necessarily turn a profit in the short-run. This kind of research is inherently risky, and the vast majority of this kind of protean R&D (research and development) fails. For every internet — birthed in the Defense Department — there are a well over a dozen Solyndras, but it’s virtually impossible to have one without the other.

The problem runs deeper still. Whereas in the past public sector research has been able to attract top-tier talent, the myth that the private sector can do what the State can’t has created a negative feedback loop whereby bright young scientists and engineers flock toward a private sector that goes on to further its reputation for being the place where the real innovation is happening.

The alternative Mazzucato suggests is to socialize risk and reward alike, rather than simply allowing companies that enjoy the benefits of public innovation to funnel their profits into things like stock buybacks and tax havens — or, for that matter, flamethrowers. When companies like SpaceX make it big, they’d be obligated to return some portion of their gains to the public infrastructure that helped them succeed, expanding the government’s capacity to facilitate more innovative development.

All this is not to say that there isn’t a critical role to play for people like Jobs and Musk in bringing new technology to the market. In all likelihood, Tesla’s Powerwall and SolarCity panels will play a key role in our transition off of fossil fuels. But lionizing Musk as the sole creator of the Powerwall and this week’s space launch stands to perpetuate a dangerous series of myths about who’s responsible for such cutting-edge development. Through smart supply-and-demand-side policy, states can play a crucial role in shaping and creating markets for the technologies we’ll need to navigate the 21st century. This can happen not just through R&D but also through developments like fuel efficiency standards, which encourage carmakers to prioritize vehicles that run off of renewable energy.

Given the mounting reality of climate change and the necessity to rapidly switch over to a clean energy economy, there’s also a bigger question about how actively the state should be encouraging certain kinds of research and manufacturing. During World War II, the United States essentially had a planned economy: By 1945, around a quarter of manufacturing in the country was under state control. The reason for that was simple — the U.S. government saw an existential threat, and directed some of its biggest corporations to pitch in to stop it or else risk getting taken over by the state.

There’s some Cold War nostalgia to hoisting shiny objects into orbit — a telegenic show of America’s technological supremacy. But it may not be much solace to coastal residents forced to flee in the coming decades, whose homes are rendered unlivable by a mixture of extreme weather and crumbling, antiquated infrastructure. And if you’ve watched any number of big-budget sci-fi productions over the last several years, it’s not hard to imagine Musk’s Martian colony spinning off into some Elysium-style eco-apartheid, where the rich — for the right price — can escape to new worlds while the rest of us make do on a planet of dystopian slums, swamps and deserts.

Today, the risk posed by climate change is greater still than that posed by fascism on the eve of World War II, threatening to bring about a planet that’s uninhabitable for humans, and plenty hostile to them in the meantime. In such a context, do we need to launch cars into space? Maybe not. If the public sector is going to continue footing the bill for Elon Musk’s fantasies, though, he should at least have to give back some credit, and a cut of the profits.