The new plan is supposed to boost the construction of new roads, bridges and other public works projects 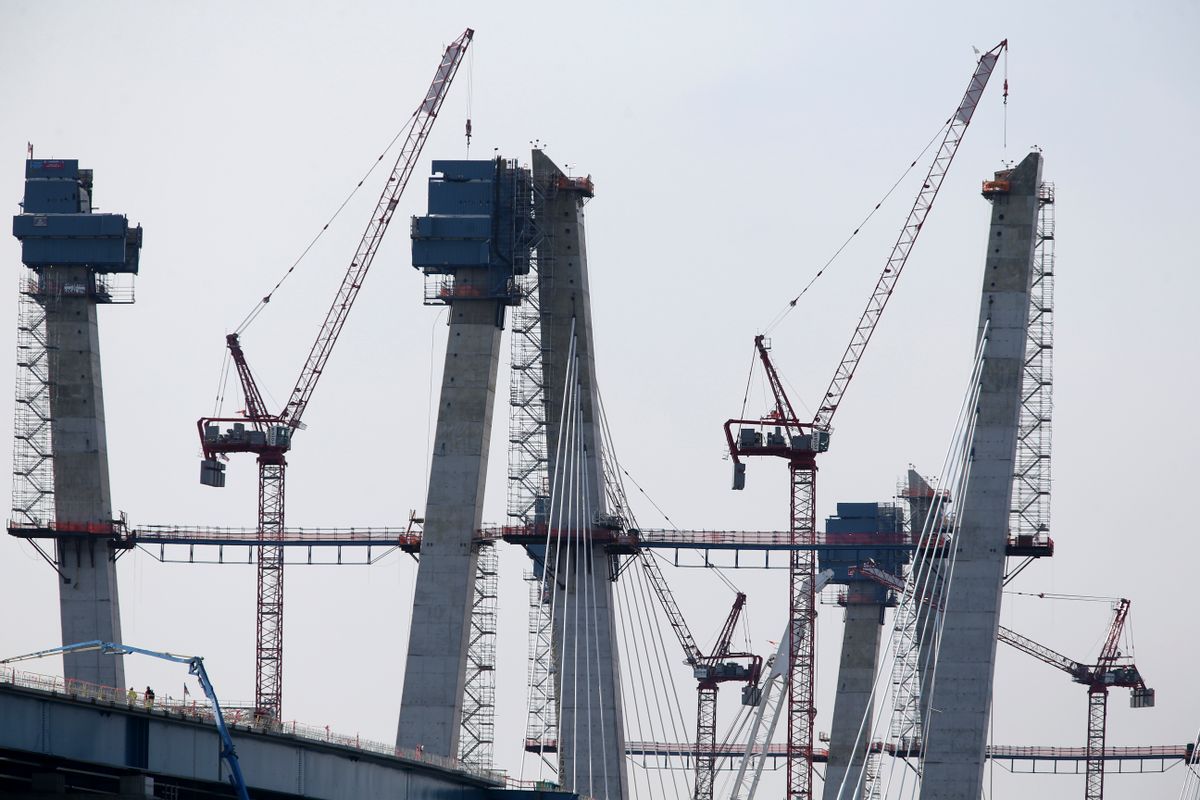 Experts greeted the long-awaited details of President Donald Trump’s promise to unleash a US$1.5 trillion wave of new infrastructure spending with skepticism.

There’s widespread concern about whether his plan can deliver because it puts only $200 billion in federal funding on the table, which Democrats say is roughly equal to the money that the White House has been trying to cut from similar programs, such as the Highway Trust Fund. There are also ample questions
from the lawmakers who need to approve that money about where even that sum will come from.

As expected, Trump wants to rely on states, local governments and, most importantly, private investors to foot most of the bill. As researchers studying ways to boost private infrastructure spending, we believe that it will fall short of the target investment because it does not address private investors’ key concerns, and it would not work for many kinds of high-priority projects.

Matching and mismatching Half the proposed new federal funding — $100 billion — would cover the cost of making direct grants to local governments intended to spur more infrastructure spending. Another $50 billion would cover the cost of new block grants for rural projects. Some $20 billion would support what the White House calls new “transformative projects.” The remaining $30 billion would help pay for miscellaneous existing infrastructure programs. Trump’s plan would also streamline and expedite the process now required for legally mandated environmental reviews. It would also make it easier for states to raise money through tolls, user fees and the sale of land and other assets. Overall, the plan rests on the premise that the government can leverage private investment to help pay the nation’s infrastructure bill. That is why his plan favors “public-private partnerships,” or P3s, the most common way governments attract and leverage private investment. Here’s how they work. A public sponsor — either the federal government agency or a state or local government agency — contracts out part or all of the financing, construction, maintenance and operation of a project to a group of private companies following a competitive bidding process.

The amount of infrastructure money in new U.S. P3s has waned in recent years. It fell to $710 million between 2011 and 2014 from higher levels seen a few years earlier, the most recent period for which data is available. And P3s only facilitated about 1.5 percent of the $4 trillion all levels of government spent on highways between 1989 and 2013, according to the nonpartisan Congressional Budget Office.

However, the number of pension funds and other institutional investors putting money into infrastructure has doubled.

What’s been holding things up?

Investors do not typically say that a lack of federal subsidies, like the $200 billion Trump seeks, is a big bottleneck. Instead, to draw much more private investment, the U.S. needs clear, consistent regulations that will help make projects more likely to withstand any shifts in political power — such as when the majority party changes at any level of government.

Establishing a more successful track record for these partnerships, which have often faltered, will also help.

These proposed changes could help raise money, but they would not help state or local governments reassure their constituents that P3s serve their best interest.

One step the U.S. could take now is to follow the examples set by Australia and Canada, where more infrastructure is being built through these partnerships.

Specialized P3 teams in those countries have developed uniform competitive bidding processes, standardized contracts and project pipelines all based on lessons learned from prior partnerships. They also help identify projects that will help the public the most, rather than those with the greatest potential to generate revenue.

The spotty track record for some U.S. efforts to establish P3s underscores the importance of that kind of coordination.

California, for example, sought in 1989 to harness four of these partnerships as “demonstration” projects. It only completed two of those four.

Because the department agreed to not build free roads running parallel to the tolled ones, a public outcry ensued after the 10-mile-long road opened to traffic in 1995.

Orange County then bought out the private-sector partner stake in this project eight years later, cutting its long-term contract short.

Expanding the South Bay Expressway, the other P3 California announced in 1989 that got done, took until 2007 to complete. Three years later, the project’s private partner declared bankruptcy, largely because of years of litigation that delayed the onset of tolls — which then generated less revenue than expected.

These planning errors, which were due to lack of experience, undercut confidence in the partnership approach for investors and the public alike.

We believe that unless the Trump administration — despite his disdain for bureaucracy — establishes new government offices to oversee federally backed P3s, it is likely to repeat the errors that hampered California’s pioneering projects.

If they build it

With infrastructure, investors are looking for relatively stable returns and less risk, more akin to bonds than stocks. This makes financing these partnerships attractive for pension funds and other institutional investors.

At the same time, it can make investors more eager to back projects that already exist and are generating revenue through user fees, such as toll roads, airports, ports and some rail projects with nearby land that can be sold or leased.

In the U.S., however, the government mainly needs the private sector’s help meeting other less profitable priorities, such as improving water quality, expanding public transit and building levees.

Although those projects may not be attractive to investors, they can stoke economic growth and productivity while fostering a higher quality of life.

Interestingly, Trump’s $100 billion Infrastructure Incentives Program resembles India’s approach, which has had mixed results since its 2004 inception. There, the national government foots about 20 percent of the bill when it enters into public-private partnerships, just as the White House proposes to do.

The Indian policy was intended for toll roads and airports for which the government fixed the user fees. The subsidy closed the gap between this regulated revenue stream and investors’ expectations.

However, India has failed to spend most of the money it budgeted for this initiative, suggesting that it will take more than subsidies to entice private investment.

Between India’s track record and signals about insufficient federal guidance and support for public-private partnerships, we doubt that Trump’s plan can catalyze the infrastructure spending he envisions.

Editor’s note: This is an updated version of an article published on Feb. 9, 2018.