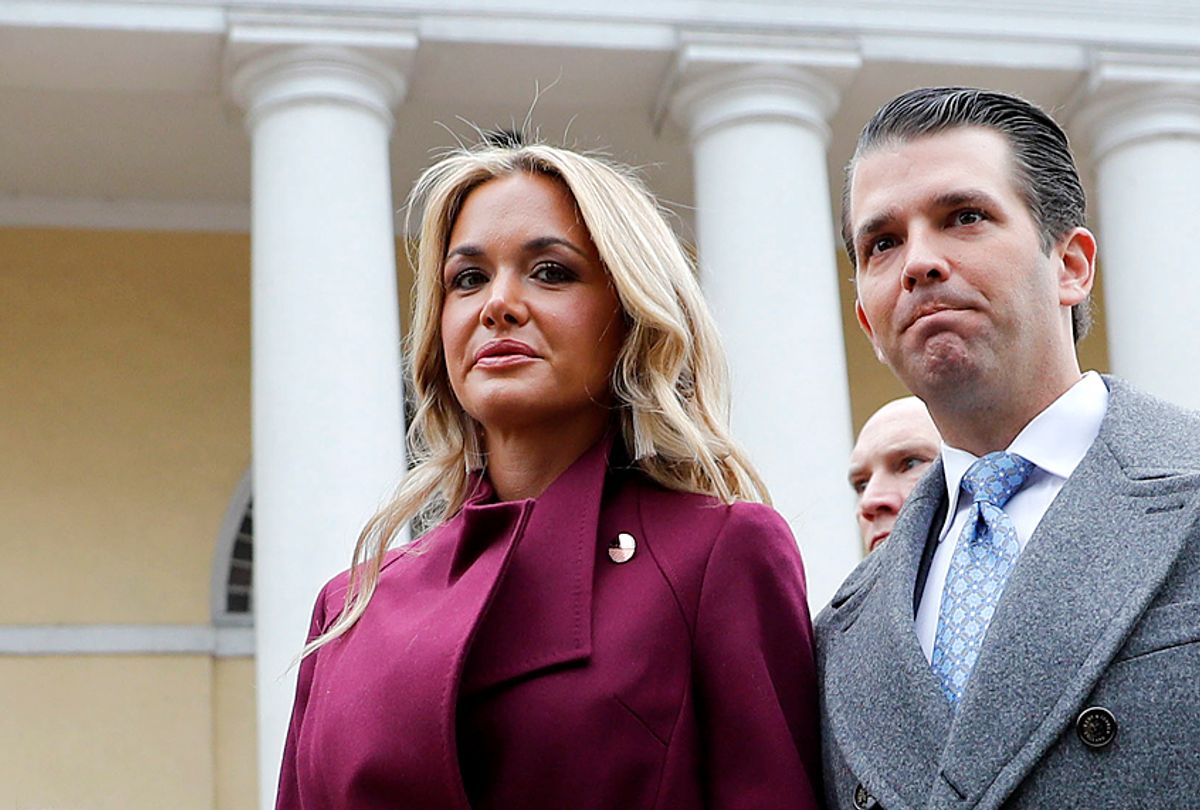 Vanessa Trump, President Donald Trump's daughter-in-law, was briefly hospitalized on Monday after she opened an envelope that contained a white powder substance.

A representative for the New York City police department said that the powder was found to be non-toxic but that it was going to be analyzed further.

According to the Associated Press, Trump had called 9-1-1 after saying she began coughing and started feeling nauseated. Fire department spokeswoman Sophia Kim said that 3 patients were taken to the hospital. She did not provide specifics due to medical privacy laws.

According to police, the letter was sent to the Manhattan apartment where Trump and Donald Trump Jr. live with their children. She opened it around 10 a.m. local time.

"How disturbed must a person be to do what they did to a mother of five children?'' Michael Cohen, President Trump's personal attorney, said in a public statement. "This dangerous and reckless act goes beyond political differences."

Unlike Laura Trump, wife of Eric Trump, Vanessa Trump is one of the least political members of the presidential clan.

The Secret Service confirmed that it was investigating the incident.

"The Secret Service and our law enforcement partners in New York City are investigating a suspicious package addressed to one of our protectees received today in New York, New York. This is an active investigation and we cannot comment any further," the agency stated on its Twitter account.

In September, Donald Trump Jr. had requested that his security detail be dropped in light of his frequent camping and hunting activities. His protection was restored several days later, however.

This story has been updated to include that Sophia Kim works for the fire department of New York and that the names of the patients who were transported to the hospital were not identified.