When it comes to men accused of sexual misconduct, Trump gets defensive 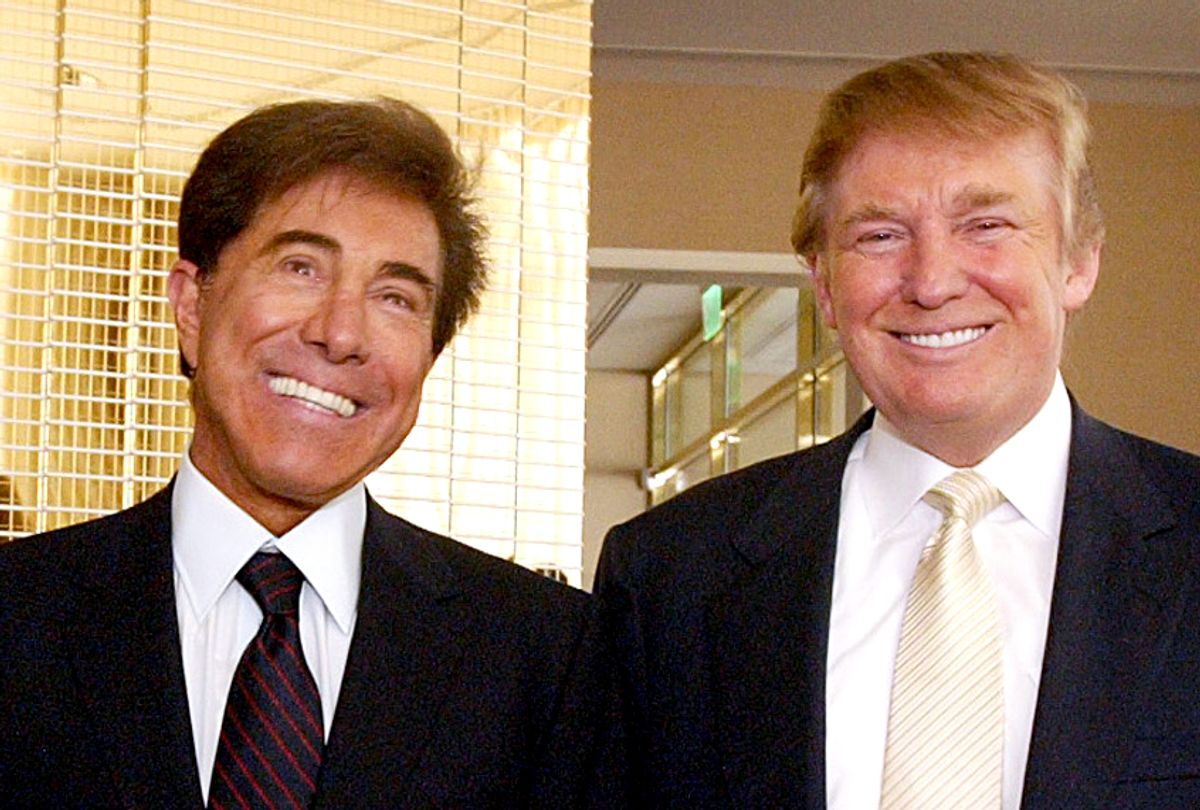 As the #MeToo movement has continued taking down powerful people who have been credibly accused of sexual misconduct, President Donald Trump seems to think it's not such a great idea.

Unlike many other Republicans who gleefully promoted some of the many allegations against disgraced former movie producer and Democratic donor Harvey Weinstein, the president was unusually restrained in his reaction. Trump's only public comment on Weinstein was to say that he was "not at all surprised" by the accusations. He has said nothing at all about allegations that actor Kevin Spacey harassed male colleagues.

That's not exactly a surprise, considering that at least 15 women have accused him of various non-consensual groping or kissing, in addition to his own boasts about walking into women's dressing rooms and grasping women by their genitalia.

The president has been much less shy about defending men he likes who have been accused of misconduct. He's stood up for Fox News Channel founder Roger Ailes, former Fox News host Bill O'Reilly, Christian supremacist Roy Moore, and most recently, his former White House staff secretary, Rob Porter, who has been credibly accused of beating his ex-wives.

In a Saturday tweet, Trump indirectly admitted that he sees himself in such instances.

It is true that false allegations can be destructive, but Trump himself is proof that even open admissions of sexual misconduct will not necessarily harm a politician. (He also could have used the court system to dispose of the allegations against him if he were truly interested in "Due Process.")

It's also worth considering that, as the Washington Post demonstrated when it took down far-right activist James O'Keefe after he tried to promote a false allegation against Moore, credible accusations are usually what destroys careers, not made-up ones.

Trump's public and private defenses of political allies accused of sexual misconduct have become so numerous that his own staff members can't seem to keep them all straight. During a Fox News interview, White House budget director Mick Mulvaney said that he thought Trump was referring to Steve Wynn, the former Republican National Committee finance chairman who recently resigned from his company after he was accused of forcing himself sexually upon employees.

"When I saw the tweet -- I know Rob Porter wasn't mentioned -- I wondered if the President was talking about his friend Steve Wynn, who has been accused and essentially condemned without any due process," Mulvaney said.

On Monday, White House press secretary Sarah Huckabee Sanders tried to show the president was still behind women who were standing up, however.