Kevin Nicholson has his parents' love. But he doesn't have their campaign money. His opponent does 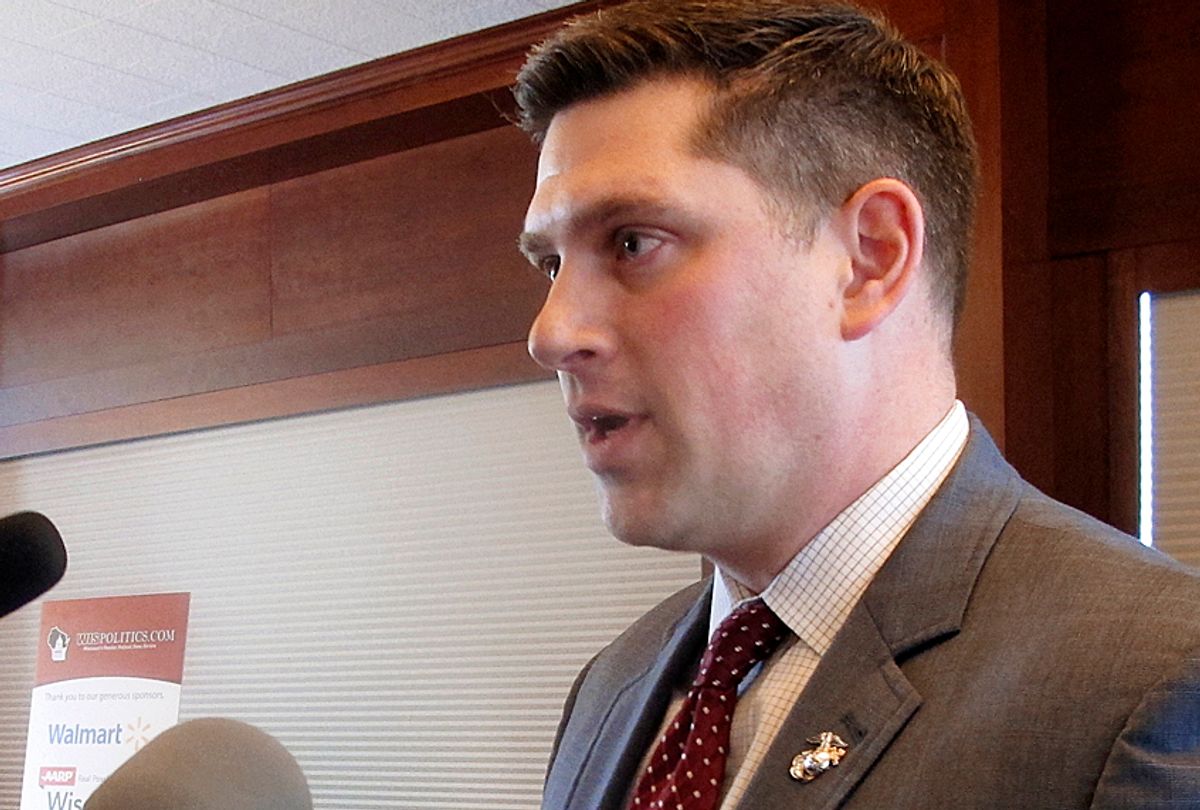 Parents can provide love and emotional support for their children. But in the case of Kevin Nicholson, a Marine Corps veteran who served in Iraq and Afghanistan, he may not be able rely on them to fund his political campaign — because they're fans of his opponent.

Nicholson's parents, Donna and Michael, are supporting his opponent, incumbent Sen. Tammy Baldwin. This shouldn't be particularly surprising. On the campaign trail, the Republican candidate said he comes from a family of Democrats.

"My parents have a different worldview than I do, and it is not surprising that they would support a candidate like Tammy Baldwin who shares their perspective," Nicholson told CNN.

Nicholson's Democratic roots have not influenced only his campaign funding. In September, Politico traced Nicholson's transformation from president of College Democrats of America at the University of Minnesota to a conservative Republican. And it was partly because of the woman who would become his wife.

The story of Nicholson’s transformation starts with Jessie Roos. They met at the University of Minnesota, and according to mutual friends, forged a relationship owing to equal parts romance, intellectual admiration and political drive. They were inseparable, with Roos pulling double-duty as Nicholson’s girlfriend and most trusted adviser. This arrangement caused uneasiness in College Democrat circles as Nicholson campaigned to lead the national organization. The reason: Roos was among the most prominent conservatives on campus . . .

The couple broke up and reconciled repeatedly, in part because Roos feared Nicholson might never acknowledge the truth about himself: that deep down, he was a conservative. The relationship nearly ended, permanently, when Nicholson advocated “a woman’s right to choose” in his convention speech. Reviewing the text with him by phone from Minnesota, Roos went ballistic when she heard the line and demanded Nicholson remove it. He refused. “We got in a fight. I knew at the time it was not something he had thought extensively about,” she recalls to me. “And that definitely was a piece of the conversation in terms of courtship and leading toward marriage, because that was a no-go zone for me.”

It seems that Nicholson's time in the Marine Corps finalized his conversion. After a tour in Iraq, he told Politico, he had "given up on any shred of, 'I'll be a different kind of Democrat.'" Politico claims the Democrats' anti-war rhetoric had been a major turning point for him. "There was no other way to put this; I was lived," Nicholson told Politico. "I knew what we were doing there. We were stabilizing the country. We made incredible amounts of progress. And what I was hearing back home was a complete and absolute lie, as politicians were running around calling it a failure."

Since Nicholson announced his candidacy last July, his parents have donated nearly the legal maximum to Baldwin's primary campaign committee, according to federal campaign records, which are publicly available. Most of their contributions were funneled through Act Blue, a political action committee that provides funding to liberal candidates.

Federal campaign records show Donna Nicholson was a fan of Baldwin. In 2012, she gave hundreds of dollars to the seven-term congresswoman's successful campaign for Senate. Nicholson's most recent donation was to Democratic Rep. Ron Kind's congressional campaign and Act Blue.

But none of Nicholson's money went to her son's campaign. If Donna did donate to her son's campaign in 2018, it wouldn't be publicly available until the next FEC filing. The Federal Election Commission recommends party committees submit at least five reports covering its financial activity, including three quarterly reporters, one post-general report and one year-end report.

In the meantime, this should make for a fantastic Thanksgiving.