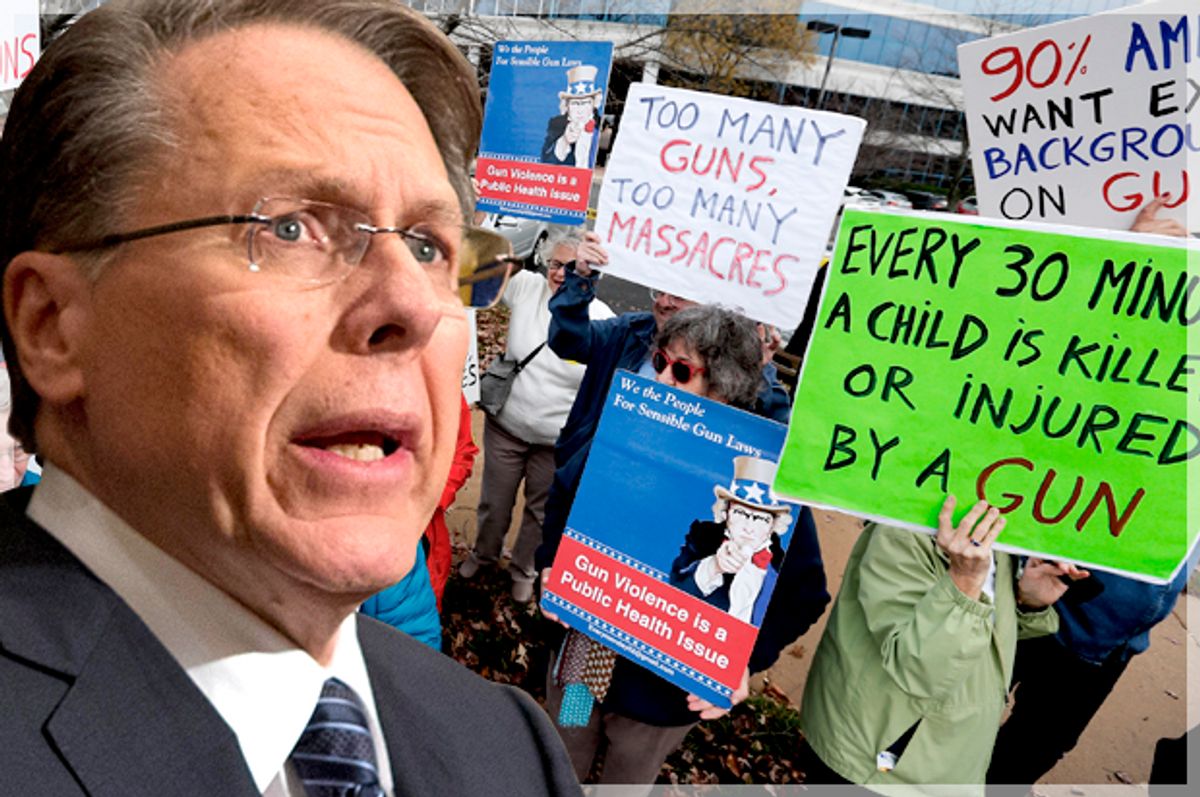 A 19-year-old former student was taken into custody and sent to the hospital for sustained injuries, the Associated Press reported.

“There are numerous fatalities. It is a horrific situation,” Robert Runcie, the Broward County schools superintendent, told CNN. “It is a horrible day for us.”

Donald Trump took to Twitter to express his “prayers and condolences,” a common response from the president who has yet to address the issue of gun violence in America.

But it does, and this day keeps arriving—almost at least once or twice a week now this year. This school shooting marks the 18th school shooting this year, according to Every Town Research, and the 290th shooting since 2013.

According to a FBI report, “The School Shooter: A Threat Assessment Perspective,” school violence is an “epidemic” in America and the number one risk factor is “easy access to weapons.” That report was created under Former Attorney General Janet Reno when Bill Clinton was president—the problem is still the same though years later.

In Florida, in order to carry a concealed handgun, a resident must be 21-years old to carry a weapon, but exceptions can be made if the applicant is in the armed forces. Florida is known for not having a “duty to retreat” law, meaning if you’re attacked you can defend yourself, even if that means killing the other person.

“We know stronger gun laws reduce gun violence,”  said Shannon Watts, Founder of Moms Demand Action for Gun Safety in America in a statement. “Every American must commit to taking action to end gun violence - we must demand more than 'thoughts and prayers' from our lawmakers, and they must find the courage to be part of the solution and finally put a stop to this."