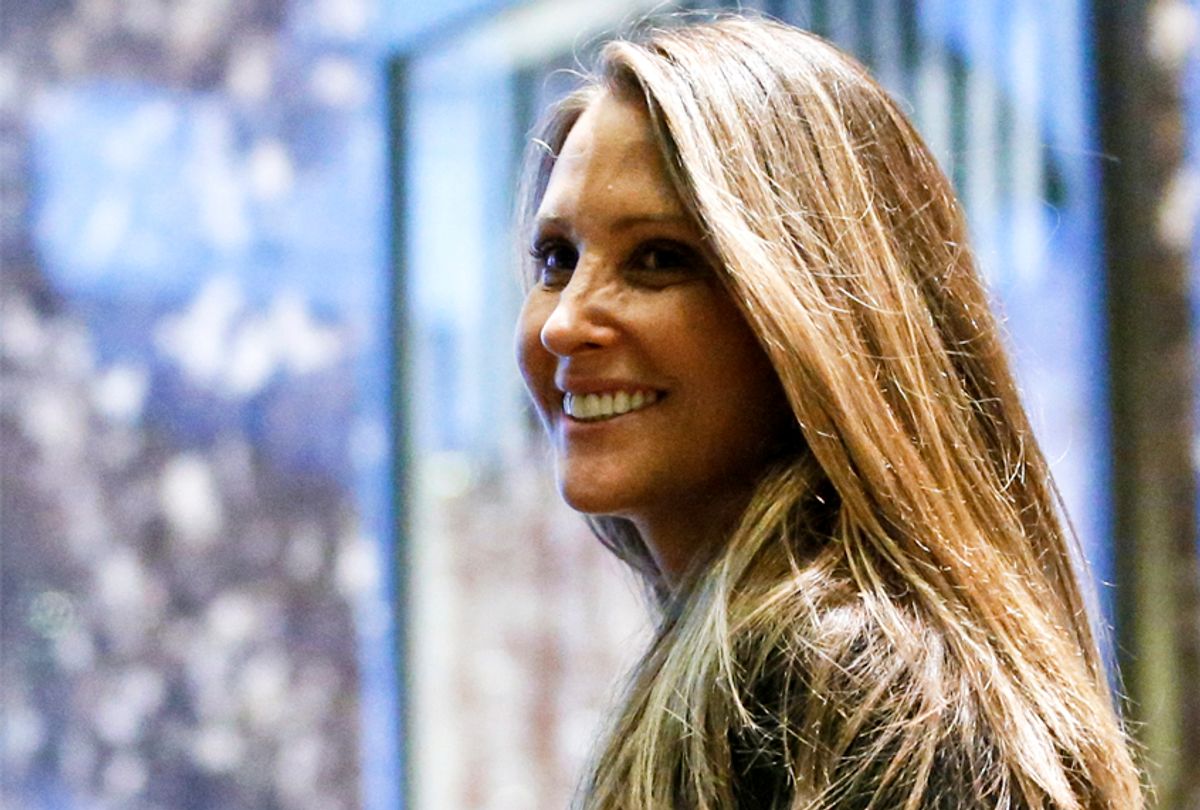 Rumors of the Trump clan's nepotism abound, yet the latest mini-scandal brewing involves a close friend of the First Lady. The details emerged in tax filings released on Thursday, the result of demands by liberal watchdogs, according to the New York Times.

After facing pressure to reveal what precisely the 58th Presidential Inaugural Committee had spent $107 million on — donations the committee had raised from a combination of wealthy donors and corporations — the tax filing describe how a significant chunk ($26 million) of those funds went to an event planning firm started by First Lady advisor Stephanie Winston Wolkoff.

Wolkoff reportedly created WIS Media Partners of Marina del Rey, a firm that only launched in December 2016, a month before the inauguration, according to the report. Wolkoff was brought on in January 2017 as a senior adviser to the First Lady, according to the Washington Post.

“A longtime friend of Trump’s, Wolkoff made her name staging the glamorous, star-studded Met Gala — a credential she parlayed into a role as lead organizer of the Trump inaugural balls and dinners,” The Post explained.

According to an anonymous official who spoke to the New York Times, Wolkoff personally received $1.62 million for her work in planning the inauguration.

Hargrove, Inc., a company that plans trade shows, was also paid $25 million. The company, according to its website, was involved in planning Barack Obama’s 2013 presidential inauguration too. Production Resource Group, a production solutions company, was paid $2.7 million. Administrative and payroll expenses were also high — $9.4 million was spent on travel, and $560,000 was spent on “promotional gifts.”

Stephanie Grisham, a spokeswoman for Melania Trump, told the New York Times that the First Lady had “no knowledge of how funds were spent.” Yet the Inaugural Committee hired her close friend, Wolkoff.

Chairman Thomas J. Barrack Jr. who is also reportedly a friend of Donald Trump, led fundraising for the committee and often boasted that the $107 million raised would be given back to charity.

“Our ability to raise more private funding than any inaugural committee before is a tribute to the generosity of the American people and their excitement to “make America great again,” Barrack told AP News in September 2017.

However, according to the returns  only $3 million went to hurricane relief — a detail that had been previously reported. $1.75 million more went to other charitable causes.

Hence, of the 8-figure sum raised from donors — which AP reported amounted to "nearly twice" the cost of Barack Obama's 2009 inauguration — less than 5% went to charity, while almost one quarter of it went to Wolkoff's firm.