Obama speaks out on Florida school shooting: "We are not powerless"

The former president who tried to tighten access to guns during his tenure, said gun safety laws are "long overdue" 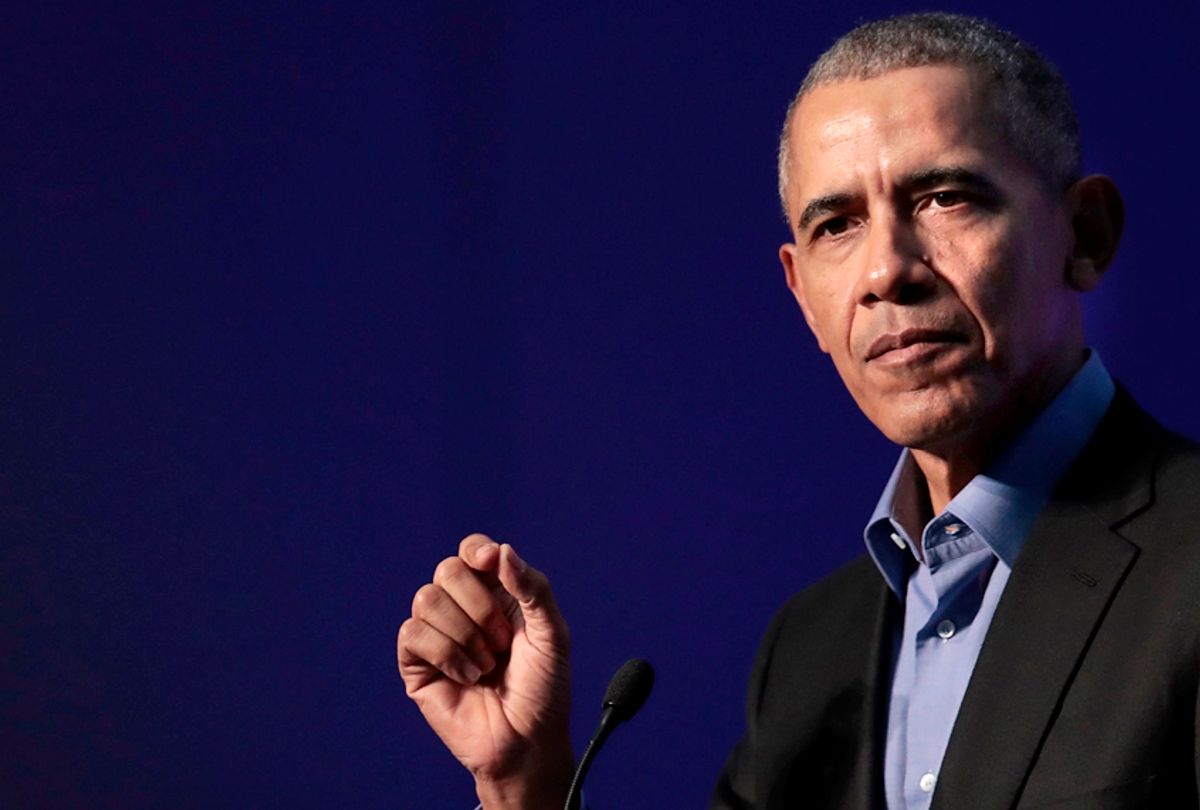 He wrote on Twitter: "We are grieving for parkland. But we are not powerless."

The tweet continued, "Caring for our kids is our first job. And until we can honestly say that we're doing enough to keep them safe from, including long overdue, common-sense gun safety laws that most Americans want, then we have to change." It's a message that has been liked and retweeted hundreds of thousands of times in hours.

Obama had to address the nation following many mass shootings during his presidency; approximately 18 times, according to ABC News. But every measure he pushed to strengthen gun control laws was thwarted by a Republican-majority Congress.

Still, throughout his time in office, Obama stressed the importance of such restrictions. In 2015, when nine people were killed at a community college in Roseburg, Oregon, Obama began the press briefing by saying: "There's been another mass shooting in America."

"Our thoughts and prayers are not enough," he said at the time. "It’s not enough. It does not capture the heartache and grief and anger that we should feel. And it does nothing to prevent this carnage from being inflicted someplace else in America — next week, or a couple of months from now."

In comparison, President Donald Trump's first tweet about the Florida school shooting Wednesday that left 17 people dead followed the more typical Republican line: "My prayers and condolences to the families of the victims of the terrible Florida shooting. No child, teacher or anyone else should ever feel unsafe in an American school."

His tweet echoed the sentiments he expressed after the Las Vegas massacre last year, when he said, "To the families of the victims: We are praying for you and we are here for you, and we ask God to help see you through this very dark period." Trump's only promised action then — after 58 people were killed — was that federal flags would be flown at half-staff.

Thursday morning, Trump doubled down on mental health and accountability, saying "So many signs that the Florida shooter was mentally disturbed, even expelled from school for bad and erratic behavior. Neighbors and classmates knew he was a big problem."

This afternoon, he again, ordered flags to be flown at half-staff, and so far, nothing else.