A pro-gun troll just came for Seth MacFarlane, and Seth fired back 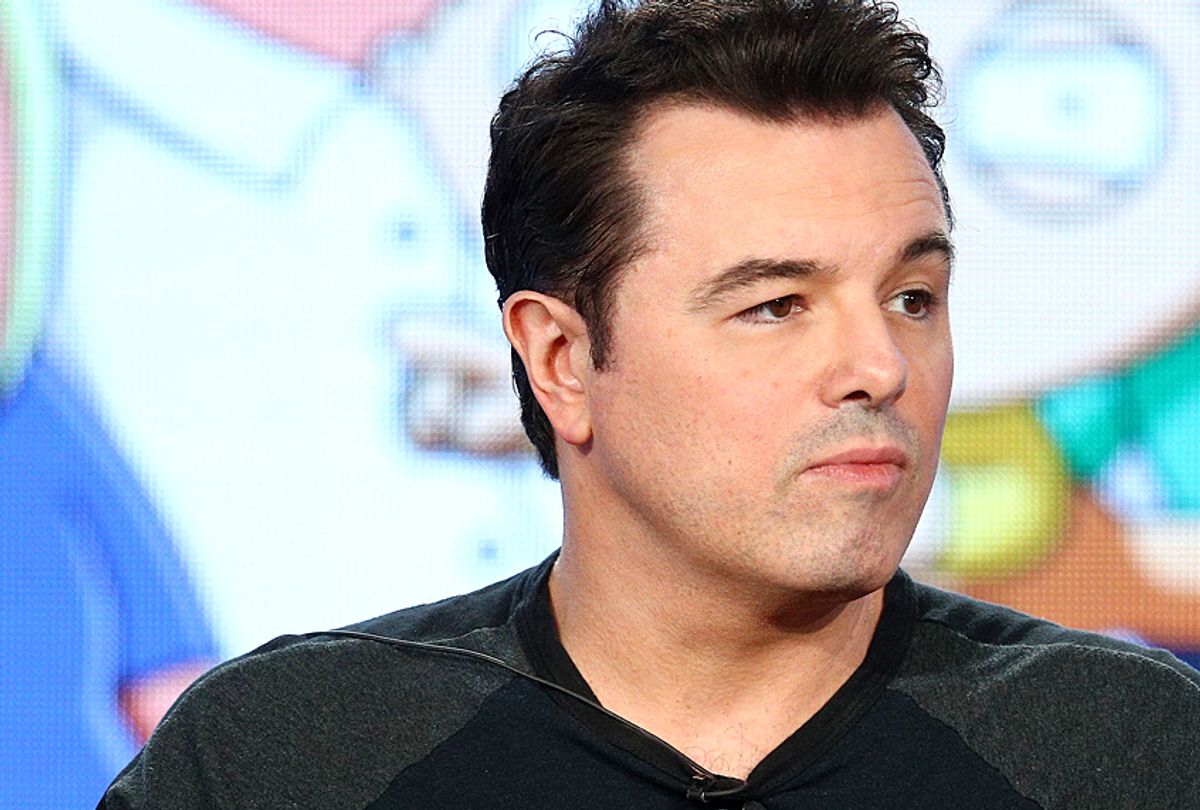 Like many Americans tired of the country's mass shooting epidemic, actor and producer Seth MacFarlane tweeted out his fury towards legislators' resistance to enact any sort of gun control following news of the Parkland shooting on Feb. 14. Initially, MacFarlane retweeted a few plaintive cries for sanity.

Then the pro-gun trolls came out.

“If you want a practical solution, it's time to train, and arm teachers and administrators,” a Twitter user who goes by the handle @Rocknguitarist tweeted. “It doesn't matter how many laws you try to pass, horrible people are still going to find the means to commit atrocities. The only way to stop a bad guy with a gun is a good guy with a gun.”

This was in response to MacFarlane retweeting a tweet that read: “To any politician offering 'thoughts and prayers' after yet another horrific tragedy, but who continues to fail to do anything to enact effective gun safety legislation: F**k You.”

Seth responded, of course with a little humor, tweeting “Here’s how people reacted to that in a saner time,” with a link to a video of “Archie Bunker's Editorial on Gun Control.”

MacFarlane soldiered on with his retweeting, but then more trolls appeared which is when he began to respond in a more somber tone.

Then there were a few more:

At which MacFarlane responded: “The ratio of mass shootings in the US to those in countries with stricter gun laws would seem to indicate the presence of horses**t.”

He followed that up with a quote from Thomas Jefferson on his interpretation of the Constitution as a living, rather than static, document.

MacFarlane is one of many celebrities to publicly voice concerns about gun control, and put Republican lawmakers on the spot if the situation calls for it.

“No word, no actions, no laws are enough until we end this epidemic of school shootings in our country,” tweeted Ellen DeGeneres.

“Prayers without accordant action are silent lies told to oneself, heard by no God, amounting to nothing. Action is the language of truth, the prayers of the Saints,” Mark Ruffalo tweeted.

"Another school shooting, this in FLA.  Congrats to the spineless cowards who do nothing to help us stem this horrific epidemic, ie CONGRESS," Bette Midler tweeted.

Chelsea Handler responded to Donald Trump’s tweet on how there were “so many signs that the Florida shooter was mentally disturbed.” To which Handler said on Twitter, “We will always have mentally disturbed people, especially now that one sits in the Oval Office.”

Many celebrities are tweeting with the hashtag #GunReformNow. The February 14 shooting at Marjory Stoneman Douglas High School, in Parkland, Florida, marked the 18th school shooting in the U.S. in 2018, and claimed the lives  of 17 people.