Trump is a "character test": American conservatives are failing

Harvard professor Yascha Mounk on the "cynicism and disenchantment" that produced Trump, and democracy's crisis 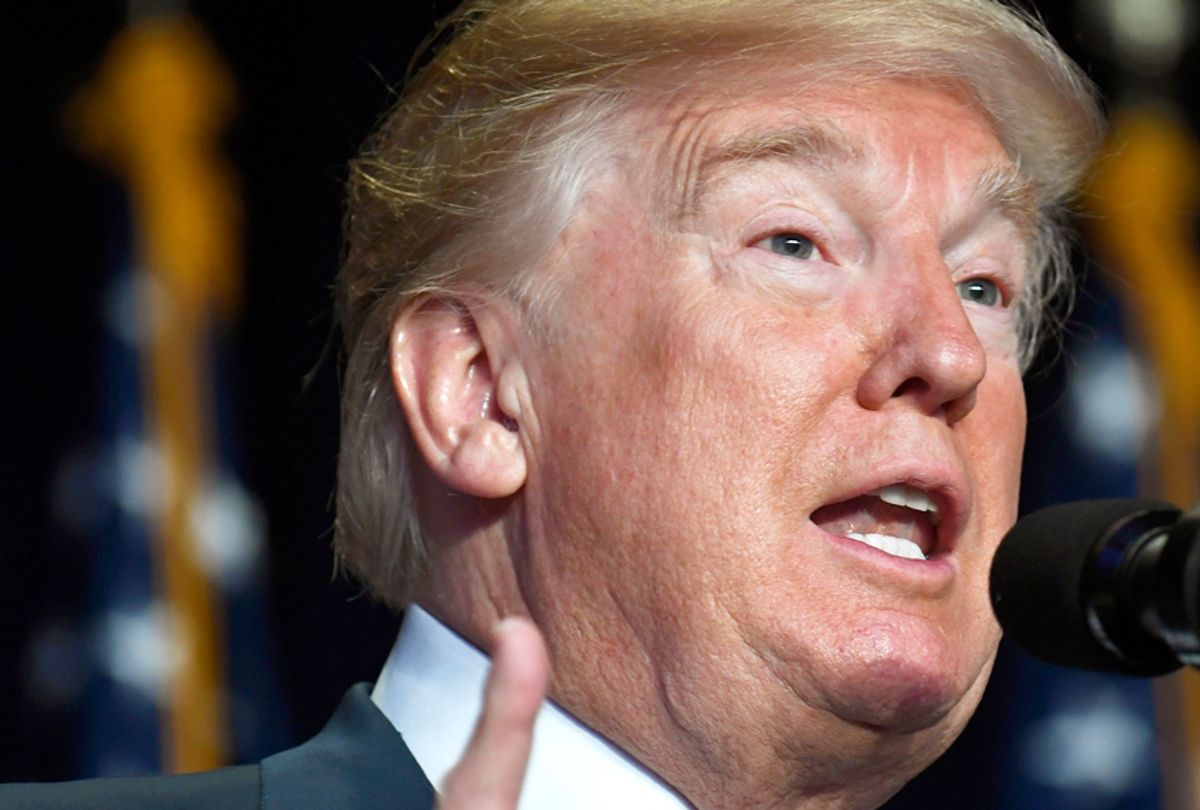 Donald Trump is the symptom. He is not the disease.

There is a crisis facing the global democratic order. Donald Trump's election is but one facet of that problem. The United States as well as democracies in Europe and elsewhere face many critical issues. They are struggling with changing racial and ethnic demographics. They are grappling with the ways that immigration is forcing a rethinking of national identity and culture, with the impact of wealth and income inequality, with the chokehold of neoliberal economics on the "commons" (and on human well-being more generally), and with the widespread loss of faith in democratic social and political institutions. One prominent result of this crisis is the rise of a virulent right-wing authoritarianism, hidden behind a thin mask of "populism" or "ethno-nationalism".

What is the health of America's democracy? How does the rise of Trump reflect a deeper crisis of social and political values in the United States and around the world? Is Trump a populist, a fascist or something else? What measures are used to determine the health of a democracy? How possible is it for a democracy to heal or renew itself once its basic foundations and norms have been undermined?

In an effort to answer these questions, I recently spoke with Yascha Mounk. He is a lecturer on political theory at Harvard University, a postdoctoral fellow at the Transatlantic Academy of the German Marshall Fund and a nonresident Fellow at New America's Political Reform Program. Mounk is also the author of three books, including the forthcoming "The People vs. Democracy: Why Our Freedom Is in Danger and How to Save It."

This conversation has been edited for clarity and length. A longer version of this conversation can be heard on my podcast, which is always available on Salon’s Featured Audio page.

How do you think Donald Trump managed to win power in America?

Political scientists know that it is easy to lose a democracy -- especially in poor countries and where democratic institutions haven’t existed for long. It is very tempting for people that have power to try and stay in power. One of the consistent findings of political scientists is that once a people have come to accept basic democratic norms, then democracies will be stable. Democracy becomes the only game in town. Over time this has proven to no longer be the case. We are seeing this in the United States, but also for example in Great Britain as well as in the Netherlands and many countries around the world where people are saying that it’s not important to live in a democracy.

For example, in the United States 20 years ago, 1 in 16 Americans said that they thought military rule was a good system of government. Today, it’s one in six. So that’s more than doubled in the course of 20 years. This makes someone like Trump possible, a mainstream political candidate who so blatantly violates basic democratic norms, who says during the campaign that he might lock up his political opponent and that he won't necessarily accept the outcome of the election.

There has to be a lot of cynicism and disenchantment for American democracy to become so weak. Otherwise, people would have said, this is completely unacceptable. We believe in our democracy, we believe in our institutions. So, when somebody doesn’t [believe that], we won’t vote for him. The fact that that didn’t happen is very troubling.

Is Trump's rise to power a result of the collapse of civil literacy?

Do people understand what it takes to sustain a democratic system? Do they understand how terrible the alternatives are? They don’t. Not the way that they used to. We see the switch with older and younger people. In the United States, for example, two-thirds of people born in the 1930s and '40s say it’s important to maintain a democracy. Less than one-third of millennials say that. Where does the difference come from? Older generations have a real experience of fighting against fascism and communism. They also lived through a period where there was a Communist adversary to the United States. Younger people look at the world and all they see are the flaws of our political system.

Is there a connection between this question and the confusion of democracy and capitalism? Has that created a fertile space for the crisis in democracy to flourish?

The rampant and scary rise of right-wing populism -- obviously with Donald Trump in the United States, but also in Europe and parts of Asia -- causes serious doubt about the popular story that people actually care about democracy. People believed in democratic values as long as it gave them a lot of stuff.

What does the data tell us about how to measure the health of a democracy?

There was a long-standing theory in political science and other fields that as a country advances economically people become more tolerant and then exercise their disposition towards democracy. That, in turn, is good for economic development and we have this cycle where you eventually get a country like Denmark. Social scientists in the last 50 years have dismantled a lot of those things when we see countries like Saudi Arabia or China, which have developed a lot economically, but don’t necessarily become more democratic. The arc of history doesn’t necessarily bend towards justice. Not even in the United States, France or Denmark.

How do you describe Donald Trump politically? Is he fascist, an authoritarian or something else?

I think he is an authoritarian populist. But this is by instinct more than by ideology. There is a great deal of variety, on both the left and right, in how authoritarian populism manifests itself around the world. What populists like Trump have in common is they claim that there’s a distinction between the "real people" and the "others."

That is channeled by Trump's "Make America Great Again" slogan. Who is "America" in that formulation? What people are included and excluded? Trump is clearly signaling to whiteness, isn't he?

There’s an implicit idea that not every citizen is a "real American." For Trump, I think it is pretty clear that Muslims can’t be real Americans. On the other hand, for [Turkish President] Erdoğan, it’s clear that to be a real Turk, you have to be a Muslim. The basic category of exclusion is not just the distinction between the "real" and "fake" parts of America, but the idea that Trump alone represents the "real America," right? Trump then speaks for the American people and the silent majority and the real America and everybody else.

So the Supreme Court doesn’t speak for America. The press are enemies of the American people. These types of authoritarian populists are also corrupt. They are in it for themselves. They want to fool you into thinking that politics is not complicated. For them, the real solutions are completely straightforward. Anybody with common sense knows what the solution is! We don’t like that the community is changing, so the solution is we build a wall on the border with Mexico and everything will go back to life in the 1950s.

Populists like Trump also blame other people -- some type of "other" -- for all problems. When their proposed policies don't work, the authoritarian populist starts blaming the people who are not part of the "real people," scapegoating them, and saying that all independent political institutions are illegitimate. In this strategy, the only reason why Trump hasn’t been able to deliver all the great things he has promised is that judges are thwarting his will and that the media keeps criticizing him. So we have to deal with those judges, we have to deal with that media. That’s why authoritarian populists are so dangerous.

Some scholars and other observers have described this moment  in America, with the rise of Trump, the surrender of the Republican Party to his agenda, and his hold over tens of millions of Americans, as being akin to how everyday Germans must have felt watching Nazism take hold during the 1930s. Once this anti-democratic poison takes control, is it possible to go back?

That’s why I say that Trump is an authoritarian populist by instinct rather than by ideology. Trump does not have a master plan in a drawer that he’s going to pull out in case there’s an external crisis and he gets to put it into practice. He will stumble around. The goal of all of our politics now has to be a return to a situation where the left and the right, liberals and conservatives, Democrats and Republicans, can agree on heading back to a situation where we are the different respective ends of legitimate politics. I was having drinks with some conservatives who they were saying things like, “Can you believe that X has become so craven?” and “Oh, I always knew that Y would be this craven, right?" about their friends and colleagues who had joined up with Trump.

A version of that conversation is exactly what took place in Germany during the 1930s. There was a real character test then, which a lot of people failed. I think it is easy to look back and say, "What weird people they must have been to have failed the character test!" Right now, in the present, there are people who support Trump and by doing so have failed a pretty important character test as well. It is remarkable to see people who seemed like they were honorable a couple of years ago turn out that way.