Forget "illegal" immigration: Trump and Miller's real goal is a clampdown on nonwhite immigrants, documented or not 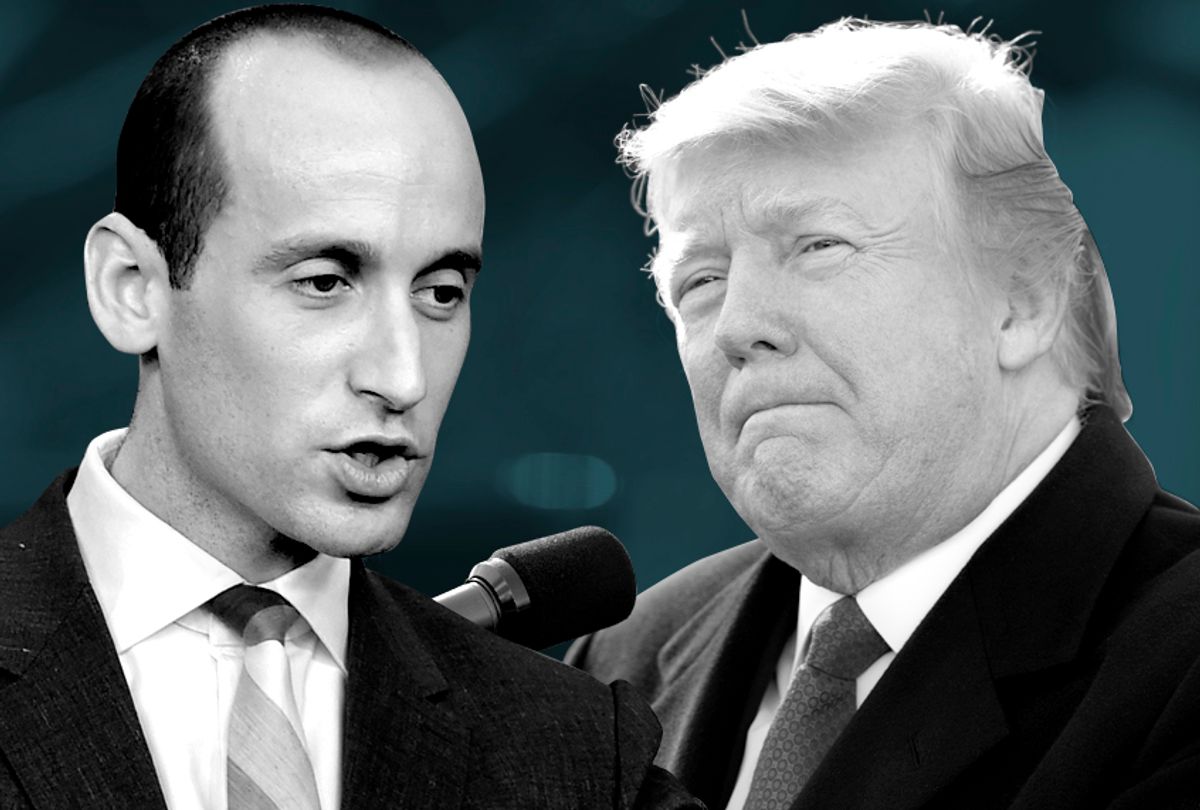 In December 2016, I profiled a group called the Federation for American Immigration Reform (FAIR) that I believed would become a big driver of Donald Trump's immigration policies. There were extensive links between Trump's transition team and FAIR, which promotes a nearly-overt white nationalist view on immigration. (FAIR would protest at that term, no doubt.)

By and large, my prediction has come true: Trump has indeed drawn heavily on FAIR's blueprint for his administration's immigration policies. Whatever he says about the topic, in practice he has embraced mass deportation, ended the DACA program and encouraged the Justice Department and ICE to harass "sanctuary" cities that prioritize public safety over trying to deport every undocumented immigrant within their borders.

But I also need to offer a mea culpa. In the same article, I noted that FAIR's hostility to undocumented immigrants was only part of its agenda, and that the group was equally interested in ending, or at least drastically reducing, legal immigration from non-European countries, due to its well-documented belief that immigrants of color are inferior to white immigrants. But that was "also the part of FAIR's proposal least likely to be enacted," I wrote at the time, assuming that Trump would go after the low-hanging fruit of deporting undocumented people rather than try to deal with the legal headaches created by attacking legal immigration.

I was wrong. I sorely underestimated the force of Trump's racism, which is saying something, since I've long understood that the man is a bigot. It's clear now that the Trump administration doesn't really distinguish between documented and undocumented immigrants. Like FAIR, it largely separates immigrants into "white" and "not-white" categories, and are focused on reducing the amount of immigration by people of color, regardless of whether or not they have their paperwork in order.

In the melee of the daily news cycle, a recent Reuters report about the administration shutting down refugee relocation offices barely made a blip:

Refugee resettlement agencies are preparing to shutter more than 20 offices across the United States and cut back operations in more than 40 others after the State Department told them to pare their operations, according to plans seen by Reuters. The State Department has said the drop in refugee numbers, from the 110,000 ceiling set by the Obama administration to 45,000 for 2018, means the country no longer needs all of the 324 resettlement offices that were operating at the end of 2017.

It's a shame nobody much noticed this story, because it speaks directly to the Trump administration's immigration priorities: Stopping people they perceive as undesirable (i.e., nonwhite) from coming to the U.S. After all, the refugee program, with its various resettlement offices, is the very embodiment of a legal, orderly immigration system. To get into the program, immigrants need to go through an onerous process of background checking. As the existence of resettlement offices shows, considerable effort is put into making sure that people who come here as refugees can assimilate into their new environments. For many so-called conservatives, concerns about the immigration process or inadequate assimilation are just cover stories for their real objection to refugees, which is that most come from non-English-speaking nations whose people are perceived as ethnically or racially alien by many white Americans.

As Dara Lind of Vox notes, "The key insight of Donald Trump’s short political career — the one that allowed him to rocket to the top of the primary polls soon after he launched his campaign in June 2015 — was that a segment of the Republican base was hungry for a candidate that was willing to speak harshly not just about unauthorized immigration, but immigration itself."

Even Trump's claims to support some pathway to citizenship for DACA recipients should be understood as a lie, especially in light of the collapse of several different Senate bills that could have secured that on Thursday. As MSNBC's Chris Hayes tweeted, judging Trump and Republicans by their actions instead of their words makes very clear the pattern here:

Consider these facts: Trump ended the temporary protected status of thousands of refugees from Haiti and El Salvador. He has enacted three versions of a "Muslim ban" by executive order, fighting tooth and nail to defend them no matter how many times the courts threw them out. He has repeatedly used the racist term "chain migration" (which has echoes of the Nazis' anti-Semitic paranoia) to discuss family migration, implying that immigrants have no right to expect the familial relations that other people take for granted. Then, of course, there are the repeated quotes from the White House indicating that Trump is a full-blown racist who has said that Haitians "all have AIDS" and Nigerians should "go back to their huts" and famously asked, "Why do we want all these people from shithole countries coming here?"

The debate over whether Trump is a racist or a white nationalist should, at this point, be over. He has made his views clear: He thinks the U.S. is a white country and should remain so, and he will do whatever he can to make that happen. This isn't about "law and order." No matter how legal or orderly the immigration process may be, if the people coming to America aren't white, Donald Trump doesn't want them.