“Where we see things that we can address, we’re going to take action,” says FDA Commissioner Scott Gottlieb 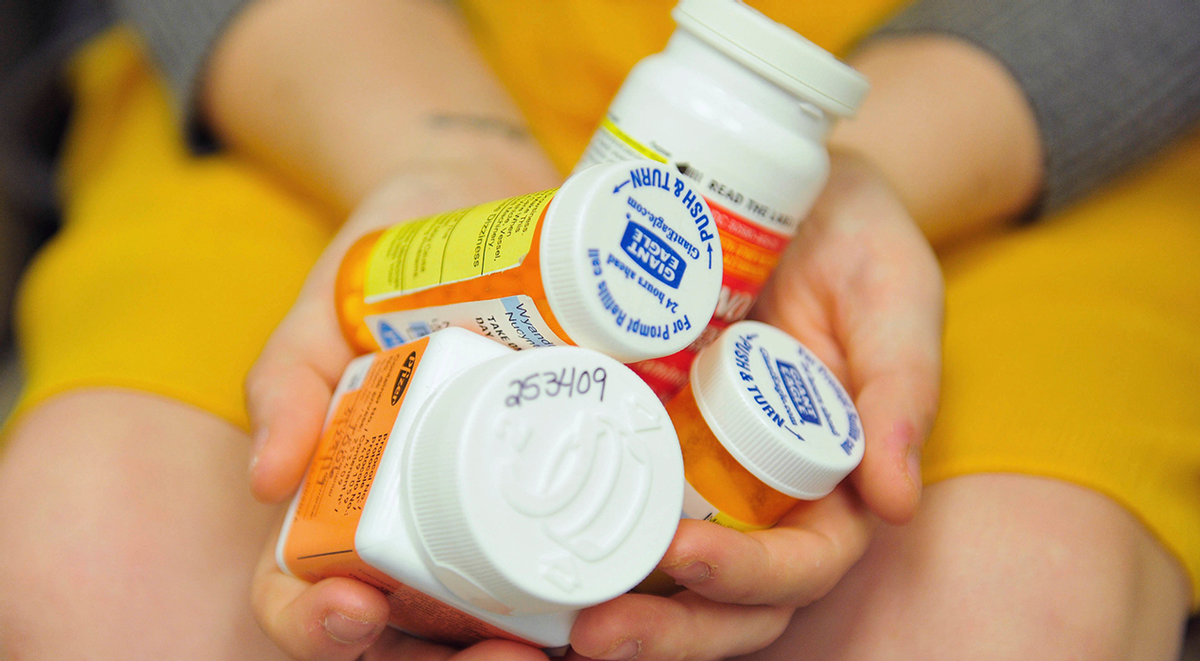 Food and Drug Administration Commissioner Scott Gottlieb said he will do everything “within my lane” to combat high drug prices and that he sees drug companies “gaming the system to try to block competition” in a multitude of ways in the marketplace.

In a wide-ranging interview with Kaiser Health News on Thursday, Gottlieb also said that he wants to speed up the U.S. approval process for generic and “biosimilar” versions of biologic drugs, which are drugs comprised of living organisms, such as plant or animal cells.

“Where we see things that we can address, we’re going to take action,” Gottlieb said, adding that he is most bothered when brand-name companies use tactics to block makers of generics and biosimilars from developing drugs. He deflected questions about whether the FDA approves drugs of questionable value that carry exorbitant prices.

“I think we should have a free market for how products are priced,” Gottlieb said. A free market “provides proper incentives for entrepreneurs who are going to make the big investments needed to innovate. But that system is predicated on a premise that when patents have lapsed you’ll have vigorous competition from generic drugs.”

The FDA, Gottlieb said, worked with the White House on a proposal to bring generics to market faster by ensuring that a 180-day exclusivity period isn’t used by drugmakers to block competition. He said there are “situations where you see deals cut” in which a drugmaker will get the 180-day exclusivity and then be persuaded to sit on it without ever selling the drug — essentially delaying the brand drug from facing generic competition.

Currently, generics makers must buy large quantities of the brand-name product in the U.S. to run their own clinical trials. But the companies that make brand-name medicines, in some cases, are making it very difficult for makers of generics to purchase their drugs, he said.

“They are adopting all kinds of commercial restrictions with specialty pharma distributors and wholesalers” to prevent sales to generic companies, Gottlieb said, adding that not every branded company is using the tactic, but it is “going on across the board.”

To come up with a generic, a drugmaker needs 2,000 to 5,000 doses for testing, Gottlieb said. He said the companies were willing to pay sticker price but are being blocked in other ways.

The FDA is now exploring whether generics makers could buy the drugs they need in the less-expensive European market without having to do additional work to prove the biologics from Europe are the same — even though the American and European versions are often manufactured in the same plants. Gottlieb wants to get rid of such tests, known as “bridging” studies.

“I have lawyers now looking at this,” Gottlieb said. The FDA has been exploring the issue for a couple of months, he said, and he thinks it may be “hard for us to get there without legislation, but we’re not done yet looking at this; we’re still pressing on this.”

Last fall, Gottlieb said that he wanted to “end the shenanigans” that interfere with competition in the marketplace. Since then, the FDA has released a steady stream of action plans and new guidance that tinkers with the drug development system.

“All of these steps are going to have an impact, and I don’t think there’s one silver bullet,” Gottlieb said. “If anyone [thinks] there is one thing you can do with policy intervention that is going to dramatically change drug prices, that’s not true.”

Instead, he said, there are “layers of things that we can do to try to make sure the system is working.”

The agency has been approving drugs at a fast clip: The FDA’s Center for Drug Evaluation and Research approved a record 46 new drugs in 2017, including treatments for sickle cell disease and Batten disease and new cancer therapies. The list doesn’t include landmark gene and cellular therapies and vaccines that are regulated as biologics.

That rate of approvals has raised concerns about the value and quality of drugs being approved. Specifically, criticism of the FDA’s handling of cancer drugs has increased in recent years.

Although some patient advocates want the FDA to approve new drugs more quickly, others charge that the agency greenlights mediocre cancer drugs that do little to prolong survival or improve quality of life. A 2014 study found that the cancer drugs approved from 2002 to 2014 extended survival by an average of just 2.1 months. For many cancer drugs, there is no evidence showing theyprolong life.

Once drugs are on the market, companies can charge whatever the market will bear; prices for cancer therapies now routinely top $100,000 a year.

But Gottlieb said it’s not his job to help insurance companies or government programs decide which drugs to cover. Health systems and insurers “have a difficult time saying no,” Gottlieb said, “so they want to put the regulator in the position of saying no.”

Gottlieb acknowledged that it can be difficult for insurance plans to decide which drugs they should include on their drug list. But insurance plans “ought to have the confidence to make [such decisions] and not say, ‘Well, it’s the job of the federal government to make those decisions for us.’”

Gottlieb defended his agency’s approval of drugs that help the average cancer patient live just two or three extra months, noting that some patients do much better than average on cancer drugs — perhaps living months or even years longer than expected. He also said it would be wrong to make cancer patients wait years to try a drug that has a chance to help them.

“We’re ultimately going to learn why some patients respond really well and some don’t,” he said. If you “try to have all that information upfront when you approve a drug, [you’ll] end up having a development process that is very long and very costly and a lot fewer products will be developed.”

Gottlieb maintains that the FDA sets a high standard for approving drugs.

“It is important that we have a rigorous bar” for approval, he said, “but a bar that doesn’t impede these products from coming to the market.”

KHN’s coverage of these topics is supported by Laura and John Arnold Foundationand John A. Hartford Foundation