"Tell Them We Are Rising": An education in resilience 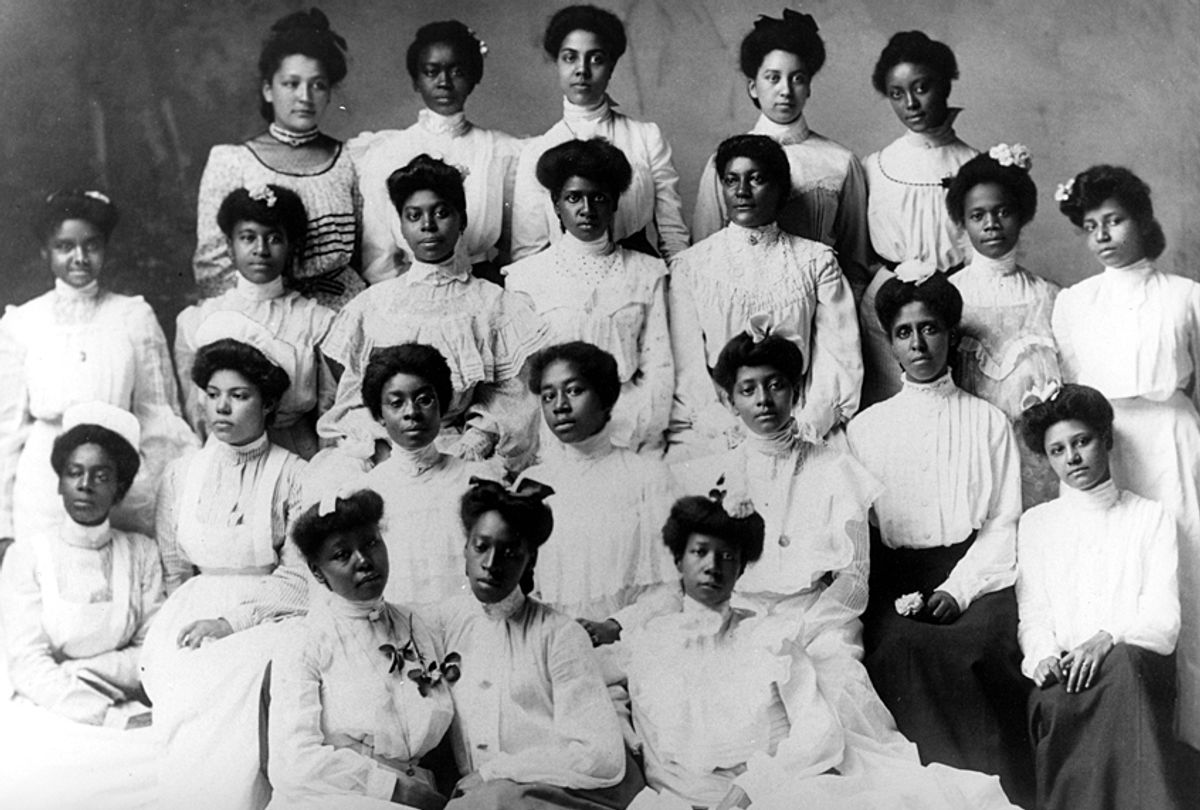 Historically black colleges and universities are the brick-and-mortar testaments to the African-American legacy of determination, struggle and an unwillingness to compromise the educational and economic potential of a people. Stanley Nelson’s latest documentary, “Tell Them We Are Rising: The Story of Black Colleges and Universities,” is a succinct examination of the timeline of these institutions that comes to us in a time that’s yielding serious discussions about inequities in the American educational system, as well as questions about the continued relevance of HBCUs in the modern era.

As such, Nelson’s 90-minute piece, airing Monday at 9 p.m. on PBS’s “Independent Lens,” is both a powerful educational piece and, in an oblique fashion, an argument in favor of the important role HBCUs play in terms of nurturing upcoming generations of African-American professionals. Black schools such as Morehouse, Howard, Spelman, Florida Agricultural and Mechanical University and many others are havens of support and cultural inclusion for students whose educational experience too often begins a sense of feeling marginalized in elementary and high school.

Only recently have mainstream organizations begun to acknowledge this. A 2015 Gallup poll, for instance, found that graduates of HBCUs feel they are deeply supported in their undergrad experience and have a stronger sense of purpose and financial well-being in their post-graduate lives — more so, actually, than black college graduates from non-HBCU institutions.

Despite this, HBCUs are saddled with a reputation for lower-than-average retention and graduation rates; worse, potential applicants are warned that degrees from these institutions aren’t taken as seriously as those from other accredited undergraduate programs.

“Tell Them We Are Rising” reminds viewers of a time when these institutions weren’t merely the best and only options African-Americans had, but were built on a struggle that claimed many lives, black and white. One of the more moving passages in the piece is a reading of a letter written by a professor at Talladega who was lynched for teaching black students — one of an estimated 20,000 people who were killed between 1866 and 1872 for the crime of educating recently freed slaves in the South.

Nelson’s film also examines the conflicting approaches of Booker T. Washington, who wished to placate the white majority by assuring them that black people were only concerned with vocational education, and W.E.B. DuBois, who adamantly strived to establish a black professional class and decried Washington’s policy of compromise.

Much of “Tell Them We Are Rising” takes a very standard historical documentary approach, allowing professors, lecturers and other experts guide the narrative with the accompaniment of black and white still as well as early films that helped educational pioneers put faces to the lie of the separate but equal policy of segregated education.

Nelson adds his signature artistry to the archival footage that helps to organize and highlight watershed moments in their timeline. And in doing so, he highlights the highest value of HBCUs to the national discourse, which is their role as support systems and to affirm a shared cultural identity that would in turn fuel the civil rights movement as well as give rise to the first generation of the black middle class.

As a history lesson, the piece illuminates the ways that education has always been and will always be a political tool necessary for moving society forward. But it’s also a distressing reminder that some injustices have a bitter vintage to them, as students in the 1970s protested inadequate funding and overcrowded classrooms, demanding better facilities and government funding per student or par with what white colleges received. Undergraduates at Southern University staged a demonstration over these demands in 1972 and were met with a militarized law enforcement response resulting in the fatal shootings of two 20-year-old students.

Yet “Tell Them We Are Rising” closes with upbeat testimonials from contemporary students discussing why they chose to attend an HBCU as opposed to other universities. Their reasons make sense, and their passion for their school community is apparent. And those moments hark back to the start of the film, which tells the stories of newly freed slaves working to pay their way only to line up at the end of a day’s work to learn to read.

Education, to those men and women, was a necessary part of improving their lot in life. To those who feared the implications of an informed class of men, women and children, long exploited, it was a danger that needed to be thwarted.

What was true then remains so today, in these times when the entire educational system is imperiled by incompetent leadership and the economic opportunity afforded to African-Americans still lags behind whites. Change is elusive and can move at a glacier's pace in some instances. And as long as these inequities remain, so too does the need for these institutions.