All the presidents' cabins: Why we're so enamored with these humble log homes 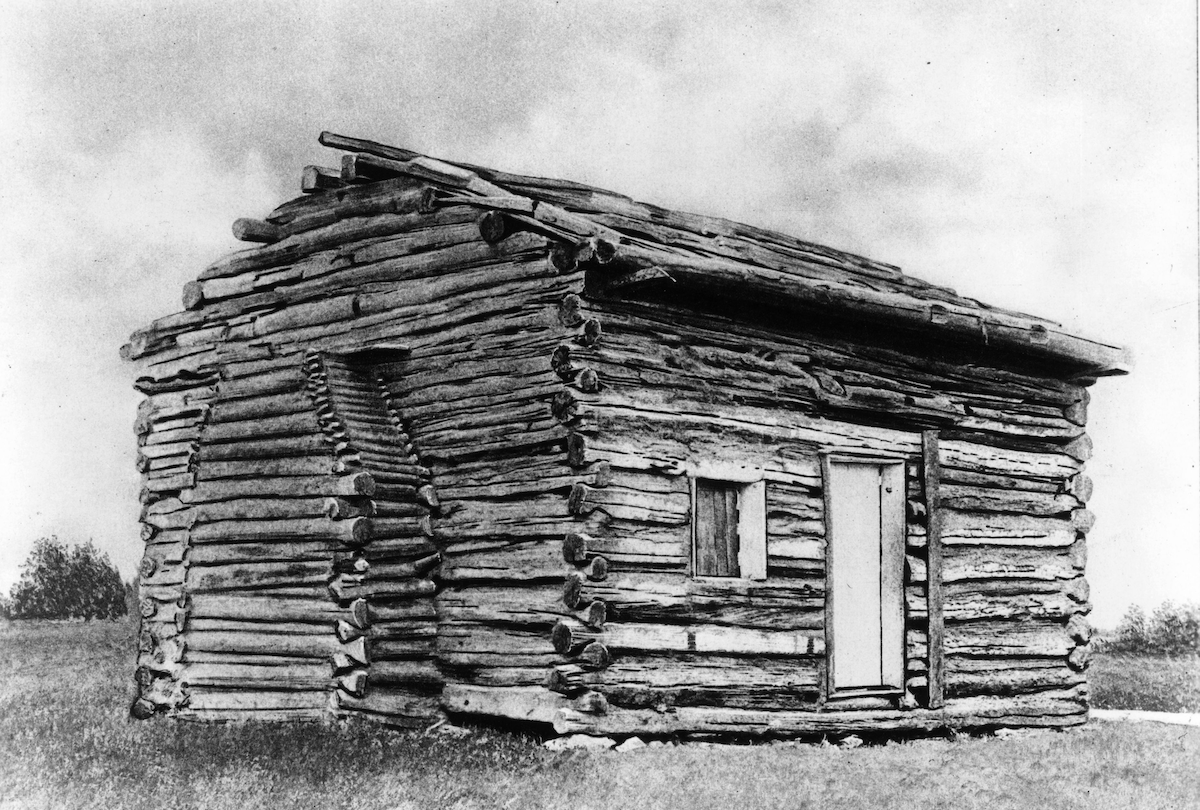 The simple log cabin in which US president Abraham Lincoln was born in 1809. The cabin stands on the Kentucky farm belonging to Lincoln's father and still exists, housed within a museum building. (MPI/Getty Images)
--

About 36 million people will take to the road this President's Day, thousands of whom will stop by a log cabin-shaped memorial to a dead president. Yes, "a," not "the," because there are many, many such places, a glut that speaks volumes about our country and one of its favorite myths.

Abraham Lincoln, of course, dominates in the field of log cabin memorials, with structures in his honor including a replica of the cabin in which his parents lived before his birth; one of the cabins where his father and stepmother lived after he moved away; an entire log village near where the sixteenth president spent his adolescence; and a replica of the cabin in which Lincoln was born, currently encased in an expensive neoclassical shrine in Hodgenville, Kentucky. That's to name a few.

Other log cabins commemorating erstwhile presidents include Hardscrabble, the Missouri home a drunk and destitute Ulysses S. Grant erected soon after leaving the army in 1854 and which was later exhibited at the Louisiana Exposition in 1904. It was displayed not far from the Maltese Cross Cabin, a structure pulled from Theodore Roosevelt's family ranch in North Dakota. Built by the wealthy clan's staff, Teddy stayed in the cabin maybe two nights, but that didn't deter thousands of reverent visitors from gazing upon it during the exposition. Both the Roosevelt and Grant cabins would be moved back home once the fair wrapped, set up for tourists' roving eyes.

Speaking of moving cabins: the "James Garfield cabin" near Cleveland, erected at the 1936 Great Lakes Exposition, has been moved at least four times, most recently in 2009. It's not actually Garfield's cabin, but instead a former school house retrofitted to fit a general description of the cabin in which Garfield was born. On a similar note, the "James Buchanan" cabin in Cove Gap, Pennsylvania, had a past life as a barber shop, a Latin school, an antique shop and the headquarters for a Girl Scout Troop. There's no evidence that it's the cabin in which Buchanan's mother brought him into the world; it's certainly not the house in which Buchanan grew up: his father was a wealthy merchant and the family moved into a fine home when he was an infant. Elsewhere, the James Polk Historic Site in Pineville, North Carolina, boasts two cabin replicas, one of which was designed in 1967 after two diverging accounts, and in South Carolina one can find a cabin-shaped Andrew Jackson "comfort station," or toilet.

Notably there's no log cabin memorial for William Henry Harrison, the president who won the White House 1840 as the "log cabin candidate," turning the humble home into a potent political tool and, in turn, making himself seem more real. It was a lie, of course: The wealthy candidate lived in a mansion, which explains why there's no cabin. It does, however, help explain why the log cabin's such a go-to, and often tenuous, memorial. Using the log cabin, a relatable and increasingly adored structure, to win the White House, Harrison cemented the structure as a potent force in American politics, and candidates in the years ahead did all they could to tie themselves to the cabin's rustic allure. Franklin Pierce based his 1852 campaign biography around a "log cabin childhood" that was actually a brief, unmemorable stay while a larger home was being built; James Buchanan did something similar in 1856; and Lincoln's log cabin youth was brought up a number of times come 1860: "Like President Harrison, Mr. Lincoln has spent about one third part of his life in a log cabin," read one biography.

As late as 1952, wealthy oilman Bob Kerr's presidential campaign was based almost solely on his long-ago log cabin childhood. It didn't work, but Kerr's failure did nothing to diminish the log cabin's potency here in America: Bill Clinton joked in 2012 that former DNC Chairman Bob Strauss "used to say that every politician wants every voter to believe he was born in a log cabin he built himself." It's funny 'cause it's true. And it's true because the log cabin origins are the perfect proxy for the rags-to-riches trajectory with which our nation is so enthralled.

We like to think of ourselves as a self-made country, willed into existence under an oppressive yoke, against the odds — forget the millions in financial aid that came from Spain, the Netherlands and France — and we like our leaders to be the same. To say someone went from log cabin to — well, anywhere else, because it's presumably up from there — plays into the idolization of the self-made man. That's why historians and presidential aficionados bend over backward to link a random older barber shop to wealthy Buchanan; why viewers flocked to see rich Roosevelt's old hunting cabin, pretending as if it somehow influenced his rise; why well-connected Polk, whose family did all they could to escape a log cabin, is now forever tied to one; and it's for that reason that a visitor to Harrison's actual mansion in 1840 actually used the words "log cabin" when describing it to a newspaper reporter. The idea of the log cabin was simply too dazzling.

We use these cabins to illustrate the country's over-arching philosophy: the idea that anyone of any strata can make it in the States. But opportunity isn't what makes America great. Nor does America have a monopoly on rags-to-riches success. Cross-economic leaps, as rare as they are, happen all over the world. America's great because of its less-material ideals — inclusion and diversity — and because of the open arms with which we (should) welcome new arrivals.

But before we go tearing down those log cabin memorials, consider this: log cabins were spread across the land by poor immigrants, people like every single one of those aforementioned presidents' ancestors. The log cabins and their inhabitants were dissed and demeaned at the time — Benjamin Franklin called them "rude and vicious" — but they persisted and persevered, as did their children, and children's children, until over time their contribution to America became so integral to our nation's DNA that generations of politicians were clamoring for a piece. Perhaps someone should tell that to our current president; maybe then he'll see the short-sightedness of his own immigration stance.

Based in Atlanta, freelance writer Andrew Belonsky is the author of "The Log Cabin: An Illustrated History."