Yes, robbery is still illegal, even when cops are pocketing the spoils 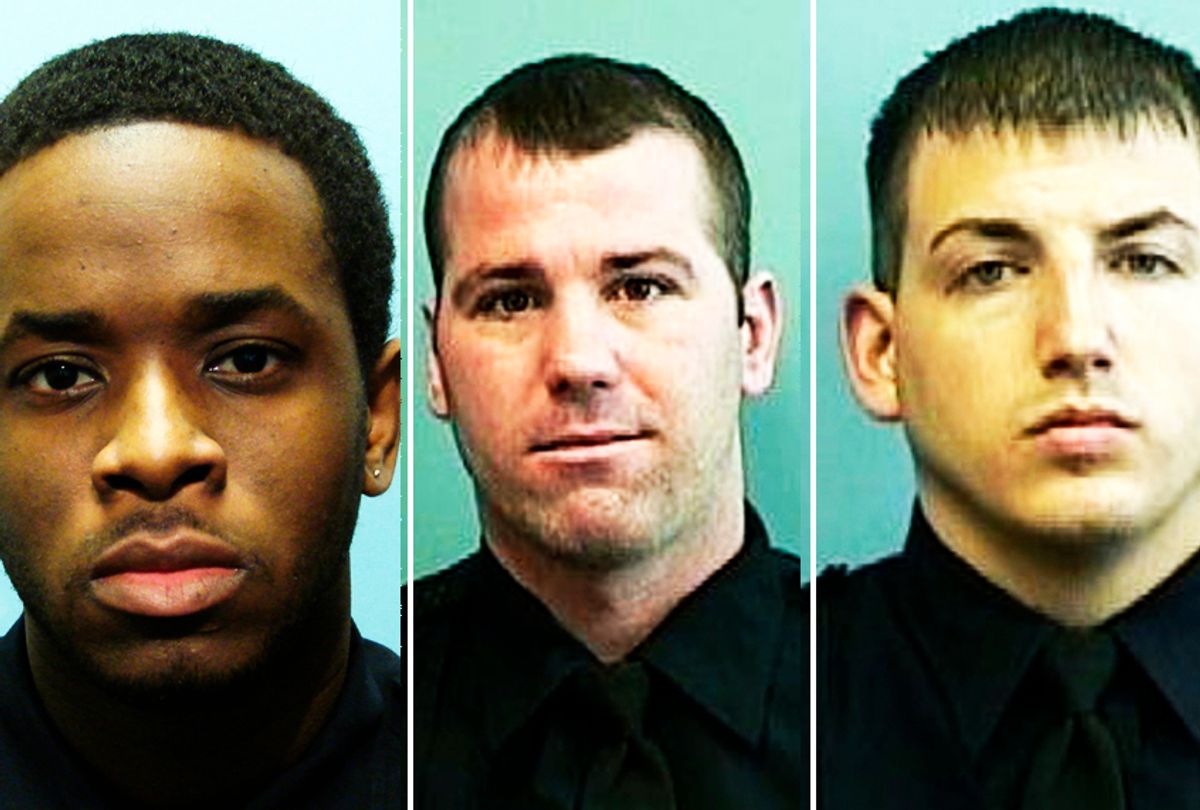 What the public gets wrong.

As I've been following this case, listening to opinions and collecting information­, one common narrative I've heard is this: "Those cops only targeted criminals. They had to use special tactics to keep up with the everyday evolving world of crime, and everyday citizens weren't affected by their actions." This claim is problematic for a number of reasons. Let's use the case of April Sims as an example.

Sims, a successful hair stylist in Baltimore, was targeted by the GTTF back in 2016. Her flashy car caught the attention of Jenkins, and he started watching her apartment, excitedly reporting suspicious activity to Gondo, according to the Baltimore Sun. Jenkins then crafted a plan to raid her home in search of cash and other goods. He told Gondo that only they and Hersl would be involved in this mission. He thought there would be $40,000 to $50,000 inside that the three could split. Hersl responded, "I can use the money, I'm in the process of buying a house."

The officers were caught on tape entering her complex. They were denied access by security until Hersl came in with a piece of paper and some police gear. The trio found no cash; however, they did retrieve 390 grams of heroin, gel caps, a digital scale and a Chanel bag worth $5,000. They turned in the drugs, along with the rest of the paraphernalia, and Gondo gave the purse to a woman he was dating. Reporting the drugs wasn't an example of good police work — it was a petty attempt to make Sims pay for not having cash in the house for the police officers to steal.

The counterargument I'm hearing revolves around the 390 grams of heroin that came off of the street as a result of the officers' break-in; however, that neglects the fact that the officers were not looking for drugs. Finding heroin was not a part of their agenda. They were looking for cash and stumbled across the heroin by mistake during a botched robbery, while using their badges as a shield. There's also the question of where the drugs actually came from — they could have been planted in Sims' home, as the racketeering investigation proved the members of the task force had done so to frame others.

Remember, finding drugs was never a part of their mission. That means that they were the bad guys, too. Actually, the GTTF are worse than the bad guys, because they stole after pledging to protect and serve the people of Baltimore. Meanwhile, our taxes paid their ridiculously high salaries and their fraudulent overtime.

True police reform will never happen as long as we continue to make excuses for police officers when they break laws while celebrating every time they accomplish something they get paid to do. Our low standards are evident when we applaud cops reporting a drug bust, even after we find out their only true intention was to steal.