"Abortion is murder," he shouted. "Next time you walk into my office, you'll be dealing with Idaho State Police." 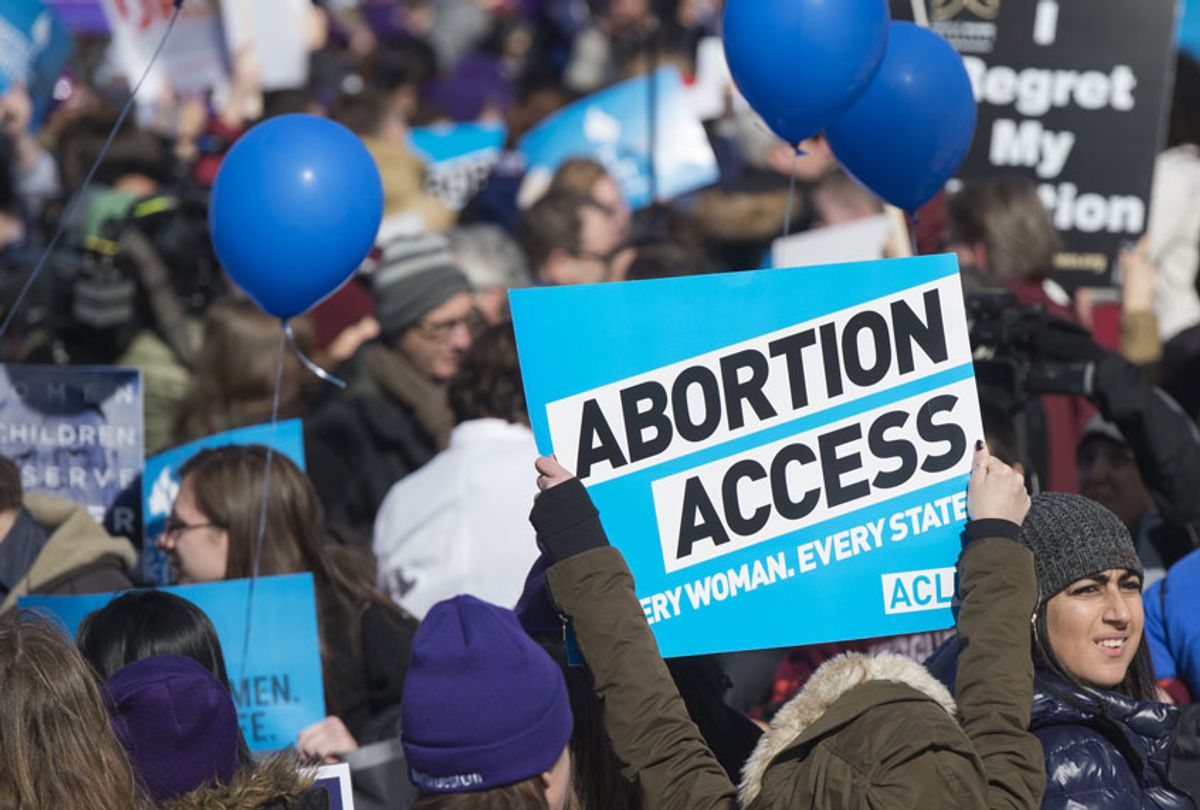 A Republican state senator in Idaho is facing ethics complaints after he was shown in a video yelling at a group of college students lobbying for birth control. And it's all because he didn't want to talk about sex.

About 12 students from the college group Generation Action, a network affiliated with Planned Parenthood, drove for hours from the university's Moscow campus to Boise to attend a scheduled meeting with Sen. Dan Foreman. Foreman represents Moscow and is also on the Senate Health and Welfare Committee. They were planning to talk to Foreman about birth control and sex education, but Foreman cancelled the appointment.

Instead of speaking with his constituents, Foreman yelled at them about abortion and threatened to call the police if they returned to his office.

"Abortion is murder," Sen. Dan Foreman shouted at the students, in a video recorded by one student. "Next time you walk into my office, you'll be dealing with Idaho State Police."

Though the students drove hundreds of miles to talk to the senator, a Twitter account presenting as the lawmaker's suggested they "go talk about killing babies with Maryann Jordan," a democratic lawmaker from Boise.

The student activists didn't stop at the Capitol. The group went straight to Twitter to echo their frustrations and their inability to speak to their representative, despite having a scheduled meeting.

In a second tweet, Scheffelmaier added, "Please educate yourself on the resources @PPFA provides. Comprehensive healthcare and access to mammograms, birth control, STI testing, and basic healthcare is something you should value as a human being."

In the video, Foreman was also shown as saying, “I’m a Roman Catholic and a conservative Republican. I think what you guys are doing stinks.” In response, Arely Ayala, another University of Idaho student, tweeted a tip at Foreman. "Next time you're approached by your constituents, maybe remember that you work for the people, not the church. I am Catholic and I know healthcare such as birth control is a right."

Foreman is now facing an ethics complaint after the tweet that directed students to discuss "killing babies" with Sen. Maryanne Jordan.

"It's one thing to disagree with policy, it's another thing to position something like that against another lawmaker," Jordan said in response to the tweet Monday. "This type of behavior is beneath the Idaho Senate."

The complaint had been filed by Jordan. Ethics complaints against lawmakers are usually anonymous, so while Jordan confirmed she is filing the complaint, she did not disclose many details of what would be included in it.

After the complaint had been filed, the year-old unverified account (@SenDanTheMan) was temporarily deleted. It was temporarily reactivated to state it was not affiliated with Foreman. As of Tuesday, it remains deleted.

Monday wasn't the first time Foreman's anti-abortion stance brought him into the spotlight. Last January, the freshman lawmaker said he would try to introduce legislation that would charge women who have abortions and the doctors who perform the operation with first-degree murder — except in cases where the mother’s life is at risk, the Idaho Statesman reported.

Foreman had also been previously recorded having an outburst. Last year, a body-cam video from the Latah County Sheriff's Department showed the lawmaker swearing and shouting insults at the Latah County Fair on Sept. 14 — the first day of the county fair in Moscow.

"Go straight to hell, you son of a bitch," Foreman could be heard saying in the footage.