It really is lonely at the top

When you're the boss of a small business, the job never ends, and isolation can be part of the package 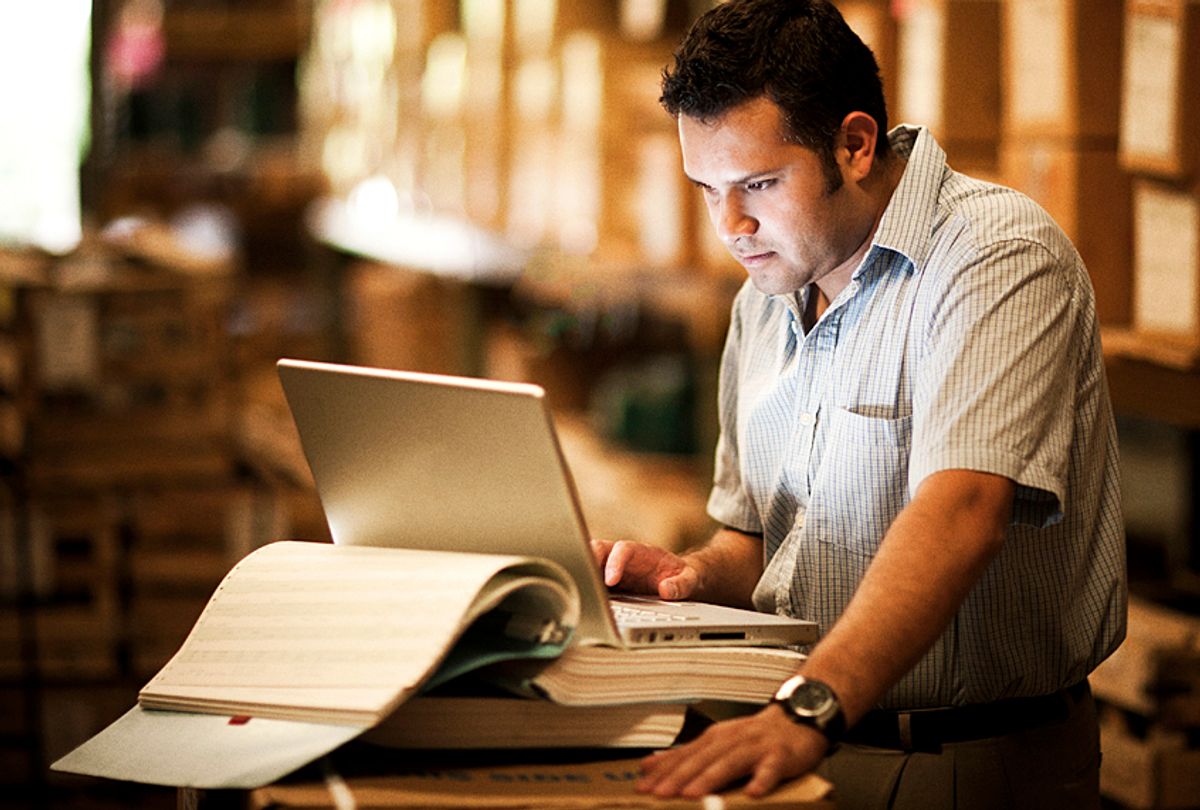 According to the Small Business Administration, in 2016 there were nearly 28 million small businesses operating in the U.S. And of those, 78.5 percent were individually owned. We idolize the Mark Zuckerbergs of the world, but many of those entrepreneurs struggle with anxiety and loneliness on their way to the top — if they ever reach it.

Brian Bordainick was on his way to reaching it. The owner of Dinner Lab, a member-based pop-up dinner event company that spotlights up-and-coming chefs, his company was growing — and fast.

"You build up these expectations, which you try to temper, but everyone's always looking to what's going to happen," he told "The Lonely Hour." "Right now, we're adding about 500 people a day onto our platform. That may be cool and intriguing for a little bit, but then people are constantly asking, 'Well, how does it get to 600? How does it get to 700?' It's sort of this never satisfied moment. You just never get to feel like, 'Ah, I'm done.'"

Bordainick said it's hard to be honest about his professional struggles with other entrepreneurs.

"Everyone's sort of in a pissing contest with one another. You're an entrepreneur. You know there are probably things that happened during your day today that sucked, but when people ask you at these little happy hours and meet-ups and things like that, you just say, 'Oh my god, things are going great. We got this going on, we got this going on.' I haven't found too much solace in other entrepreneurs."

Unfortunately, some months after The Lonely Hour's interview with Bordainick two years ago, Dinner Lab shut down.

"At the end of the day, as a CEO of a company, you get a lot more credit when things are going well than you probably deserve, and you get a lot more blame than you probably deserve when things are going bad. That's what you sign up for," he said. "If, say, an event doesn't go as well as planned in Miami, people immediately want to talk to you about it. You may have had 30 events going on, but that's still your responsibility. The buck starts and stops with you. You just have to get more comfortable with that."

"The Lonely Hour" also talked to Patrick Janelle of Spring Street Social Society, a kind of club and dinner theater company that produces events in New York City and Los Angeles. It's been featured in The Wall Street Journal and The New York Times, among other publications, and continues to grow. Is the growing success — and growing staff — alienating?

"Being the boss means that you have to create some sort of divide," he said. "In order for a team of people to have confidence in you, you have to set yourself apart. That certainly doesn't mean that you can't be compassionate and you can't be friendly, but you do have to isolate yourself from the basic kind of runnings of what happens. I feel sort of guilty about that sometimes, while at the same time feeling like that's kind of the way that it needs to be."

Finally, Jill Lindsey cashed in her 401K two years ago and put all of her money towards opening her Fort Greene boutique, also named Jill Lindsey.

"Most of my friends work nine-to-five or ten-to-six, and not on the weekends. For me, it's a real challenge to get to spend time with them," Lindsey said. "On one hand, it's heart-wrenching that I miss them and I don't get to see them. And on the other hand, I get to follow them on Instagram and Facebook and kind of make sure they're good and that everything is OK, and then I get to meet new people and share my life with those people."

Listen to the episode below.