Swapping one evil for another: Have mass shooters replaced serial killers?

Mass shootings are up, while the classic serial killer has almost disappeared. Have we swapped one for the other? 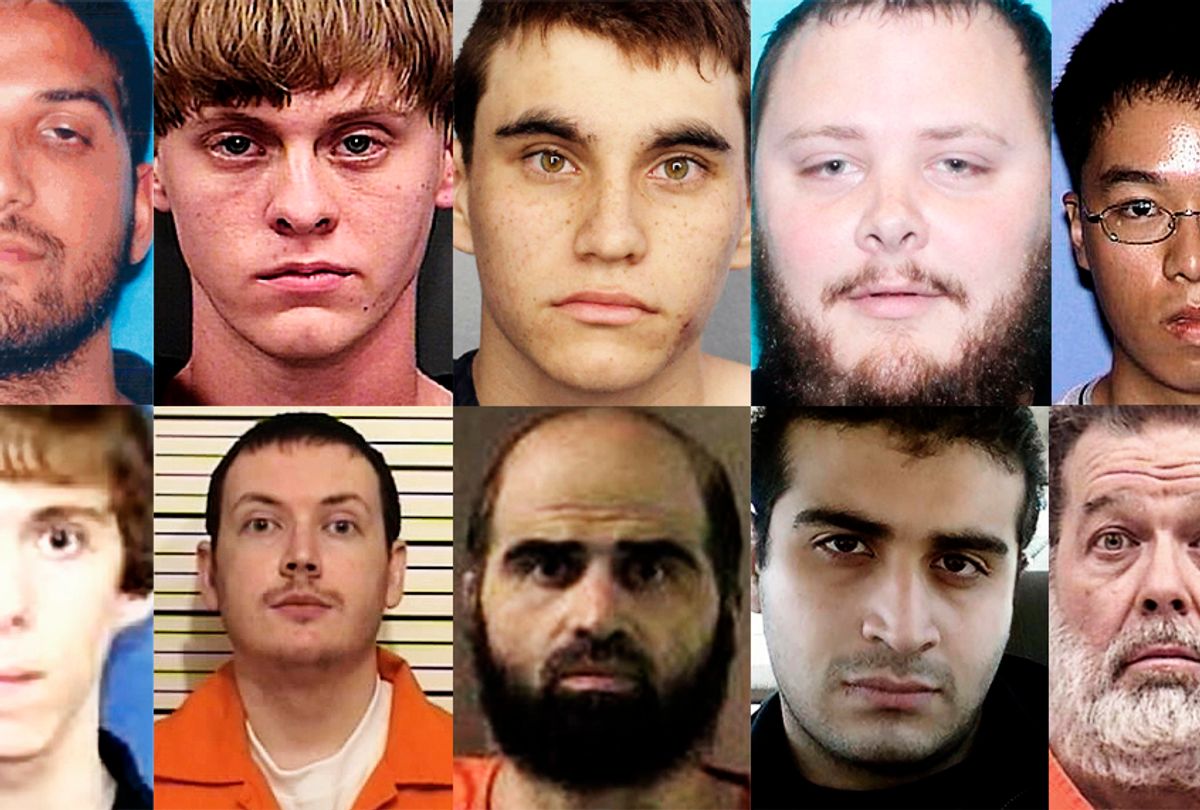 Perhaps because he survived while most mass shooters do not, there's a surprising amount of information coming out about Nikolas Cruz, the apparent perpetrator of the massacre in Parkland, Florida. He appears to have a long history of troubled behavior and outright violence, of the sort that suggests some kind of mental health diagnosis will likely be forthcoming. Cruz also reportedly bragged about killing animals. In other words, he appears to fit the profile of a different kind of mass murderer that until recently was much more prominent in the cultural imagination: The serial killer.

There can be no doubt that, in pop culture at least, the mass shooter has replaced the serial killer as the object of public fascination. From the 1970s through the '90s, men like Ted Bundy, David Berkowitz and Jeffrey Dahmer — who killed multiple people over long periods of time, for psychotic and often sexual reasons — became outright celebrities and terrified people far beyond the plausible level of threat they posed. After the Columbine shooting of 1999, however, the serial killer began to be eclipsed by the mass shooter as a figure of fear and fixation. So much so that many observers wonder whether the public obsession with mass shooters is contributing to the problem, because troubled men may glom onto the idea that shooting up a school or a concert or a church is a quick road to getting fame and attention.

But has the mass shooter replaced the serial killer in terms of actual crime statistics? Are the kind of people who used to kill one person at a time, over a period of months or years, now choosing to grab a gun and go out in what they perceive to be a blaze of murderous glory? Are methods of mass murder subject to trends, in the same way that clothing and musical styles are?

There's some intriguing evidence that this might be the case. The rate of serial killing has, statistics show, plummeted in the past few decades, down from a high of nearly 700 killers a year in the 1980s to fewer than 100 a year in the past few years. While violent crime overall fell during that same period, the rate of serial killing fell much faster. Meanwhile, public mass shootings, Harvard researchers argue, are actually rising, in direct contrast to the general trend in violent crime overall. The two trends taken together could suggest that the kinds of people who used to be serial killers are now choosing mass shootings instead.

When I tried to research my hypothesis, however, I found that this question was harder to answer than I'd expected. Murder, it should not be shocking to hear, is an incredibly complex and diverse phenomenon. It is difficult even for experts to make definitive statements about the causes of mass homicide.

For one thing, there's a definitional issue. Experts define a "serial killer" as someone who kills two or more people on separate occasions, a group that is small but very diverse.

“Somebody who is killing for financial gain might be very different from someone who is killing for sexual enjoyment," explained Michael Aamodt, a crime researcher at Radford University. But both get classified as "serial killers" by government and academic experts, who base the definition on the kind of crimes more than the motives.

Mass murder has the same kind of problem, but it's even more vague, as there's an ongoing debate over how many people have to die in one act of violence before it constitutes a mass murder. There's also the fact that many mass murderers, such as Elliot Rodger or Charles Whitman, kill in two separate locations — in both cases, these men killed the people they lived with before going out in public to shoot strangers.

"Familicides are the most common mass killings. That hasn’t changed," said Grant Duwe, the research director of the Minnesota Department of Corrections. Duwe is skeptical of the notion that there are more mass murders than there used to be, because the phenomenon of people killing their entire family or shooting up a workplace has been a problem since at least the 1950s. He conceded during our conversation that "we now see more mass public shootings" where victims belong to "this amorphous category of society" rather than being people known to the killer.

There's also overlap between the two categories, as many serial killers commit mass murder as well.

Neither Duwe nor Aamodt would speculate about my hypothesis that America has traded serial killers for mass shooters — understandably, as they are data-driven researchers — but they did share a couple of intriguing observations.

Aamodt argued that one reason serial killing has declined is that it's simply more difficult to pull off than it used to be. There are fewer ways to access victims, since children tend not to play unsupervised and people don't hitchhike as much as they used to. Technology has made it easier for law enforcement to prevent serial killing, as well. DNA evidence and computer records make it a lot harder for someone to just keep killing without getting caught.

Both of these social changes, I'd argue, would be noticed by potential killers. It's quite possible that someone who has a desire to kill a lot of people realizes both that getting victims will be hard and that cops are likely to catch them after their first murder anyway. They'll also realize, due to the frequent and well-publicized mass shootings, that going to a crowded public location and shooting the place up offers a chance to kill a lot of people without going to prison: If they can't escape capture, suicide is always an option. (Though many of them do try to escape.)

Duwe argued that most mass shooters are motivated by paranoia, often clinical levels of it, believing that "society has wronged them in some way." In most cases, this paranoia latches onto specific targets, typically family members or co-workers. A newer element, he said, is this "unbridled misanthropy instead of an animus directed towards a specific group," which he suggested might contribute to the higher body counts in some recent shootings. He also noted that mass shooters, of all sorts, tend to be deliberate about it and plan their crimes in advance — another feature shared with the serial killers that used to so haunt the public imagination.

So there is some evidence that, for the small and deeply troubled subset of people who harbor murderous fantasies, mass shooting has eclipsed serial killing as the preferred method for acting on that urge. But the larger takeaway is that researching mass murder is extremely challenging and the evidence doesn't provide neat, easy answers. More money and time needs to be put into these questions, if society really wants to reduce these spectacular acts of murder. As other countries have shown, taking away the means to commit murder is a useful preventative as well.