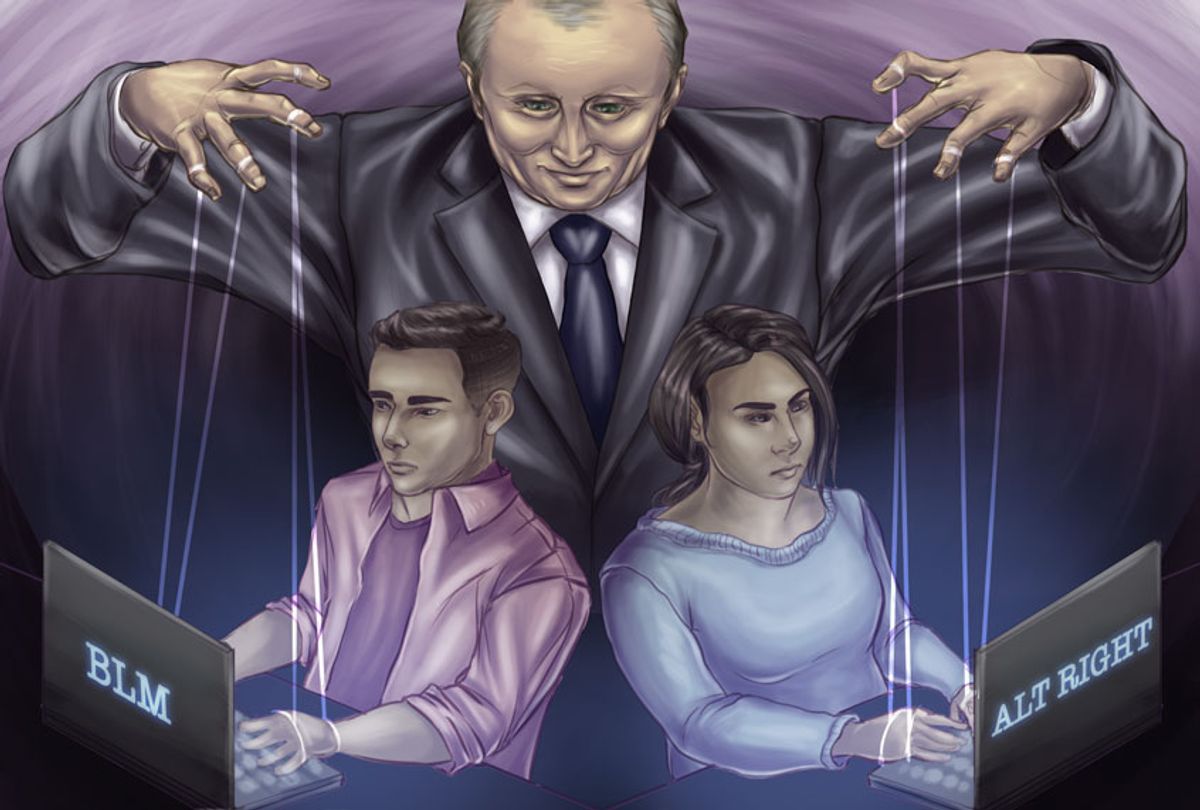 Russia stealing an American election? Russia as the great threat? This is the language of paranoia. Russian hackers might have had an impact on the 2016 US election. Putin might indeed have wanted a benevolent US president in the White House. All those things might have been true. But is Russia really a threat to the United States? That part of the story is based on a hallucination.

Russia is the world’s largest country. It runs from the Bering Strait to Kaliningrad, an enclave inside Poland. This means that Russia runs across 11 of the 24 time zones that divide our day. There is no country on the planet quite of its scale.

The size of a country does not reflect its power. Nor does its swagger on the world stage. After the Soviet Union collapsed, Russia went into what appeared to be terminal decline. Boris Yeltsin, an alcoholic, conducted a coup against the USSR, earned US support and then signed away the wealth of his country to a group of cronies who became known as the Oligarchs. The immense theft destroyed many of the gains of the USSR. Life expectancy rates dropped, as did Russian military power. The immense Russian landscape appeared to be easy prey for financiers from the West and of these new boyars (lords) of Privatization.

The speed at which Soviet power collapsed surprised many of us who had grown up with the USSR being a major entity on the world stage. Suddenly, Yeltsin appeared to be a supplicant of US power — playing a bit role beside US President Bill Clinton, now the lead in every play of the 1990s. There was nothing so humiliating for Russia as Boris Yeltsin — drunk as usual — falling off the stage at a Stockholm conference on nuclear weapons. This was an image that the proud Russian people no longer wished to tolerate.

It is what motivated the victorious campaign of Vladimir Putin in 1999. He promised to make Russia strong again. The only direction to go was upwards. Yeltsin had taken the country into the gutter.

But what has Putin been able to do? He has merely lifted Russia from near obliteration into a regional power in Eurasia.

Russia’s economy has not fully recovered from the hemorrhage that it underwent in the 1990s. Putin’s reign seemed a miracle because energy prices soared during his time in office, allowing Russia to become a major energy exporter to Europe. Putin used that money to do modest repairs to the broken Russian economy, favoring cities over the countryside and business over the working-class. These reforms — tepid as they were — allowed for recovery from the humiliations of the post-Soviet decade. But energy prices are now down. Russia’s economy remains dependent. It is a weakness that it cannot easily overcome.

One of the central features of Putin’s reforms was to strengthen the military, whose capacity had declined in the post-Soviet era. This included Russia’s weapons production, which withered for lack of investment. Putin put in resources towards both the arms industry and the military — although the numbers here are minuscule compared to those in the United States. It is important to point out that the increase of the US military budget insisted upon by Donald Trump is greater than the total Russian military budget. The new US budget will spend $105 billion more on the military than it did last year, taking US military spending to $716 billion; Russia’s total military spending is $69 billion.

Even Russia’s interventions — in Ukraine and in Syria — are less acts of belligerence than acts of defense. The two warm-water ports that Russia is able to access for its navy are in Sevastopol (Ukraine) and Tartus (Syria). If the West had been able to draw Ukraine and Syria away from mild Russian influence, Russia would have lost its navy. The United States, meanwhile, has 40 warm-water bases on its own territory and an additional 31 naval bases across the world (from Peru to Japan, from Spain to Diego Garcia).

Russia’s attempt to create the Collective Security Treaty Organization, a rival to NATO, has not gained traction. Eastern Ukraine remains in distress, while Syria is still in the midst of a terrible war. Russia has prevented American hegemony in these zones, but it has not been able to establish its own power here either.

One sign of Russia’s weakness is its deepened alliance with China. China has pursued a new ‘going out’ strategy to seek out new economic partners. The Belt and Road Initiative (BRI) is part of China’s move through Central Asia into West Asia and Africa. It runs right through Russia’s historical area of influence in Central Asia. It also seems to run counter to the more inward-looking Eurasian Economic Union (EEU) proposed by Russia to its immediate neighbors. The Russians pushed the EEU as a way to break out of its isolation from the European markets. The willingness of the Russians to wrap their EEU ambitions into the BRI is an indicator of Russian willingness to become part of the Chinese global plans.

Last year, I asked a senior Russian diplomat why his country was so willing to be part of the Chinese BRI. He smiled at the question and suggested that Russia was willing to provide stability for the Chinese in Central Asia in return for Chinese investment not only along this corridor but also to prospect for minerals and energy in Russia’s arctic (a key indicator here is the Yamal LNG plant financed by Chinese and French money). When the Europeans and Americans closed the door to Russian energy, the Russians had no choice but to develop a close relationship with the Chinese.

It benefits the Chinese as well, who have long been suspicious of American global moves to dominate China by force of arms. Russia, under Putin, has been less hesitant than China to use its military — as it has in both Ukraine and in Syria. China is not averse to these Russian moves. Both have indicated to the West that it will not have a free hand in Eurasia, if not elsewhere. China is perfectly content to be behind these Russian actions.

China’s comfort in these Russian actions was made clear last year on July 4 — a significant day in the United States (independence day). On that day, the President Xi and President Putin released a joint statement. ‘Both parties,’ the two Presidents agreed, believe that the international order ‘is evolving towards multi-polarity. The rise of emerging market and developing countries has become an irresistible historical trend.’

Sluggish growth in Western economies has led not only to the emergence of all kinds of economic contradictions, but to the return of a ‘Cold War mentality.’ The West, it is suggested, believes that its problems can be resolved by force. This is what the Chinese and the Russians resist. They want to jointly push back against any assertion of uni-polarity by the United States and its allies.

But it remains a defensive statement. Neither China nor Russia is making a push to become the global powerhouse. They are merely seeking to rebalance a world order that has — since the end of the Cold War — tilted unhealthily towards the United States.

So is Russia a threat? Is China a threat? The question really is, to whom? They are threats to any assertion of US dominance over the planet. But they are no threat to the United States as such. They are committed to a multi-polar planet: a sensible solution in our very unstable and dangerous times.