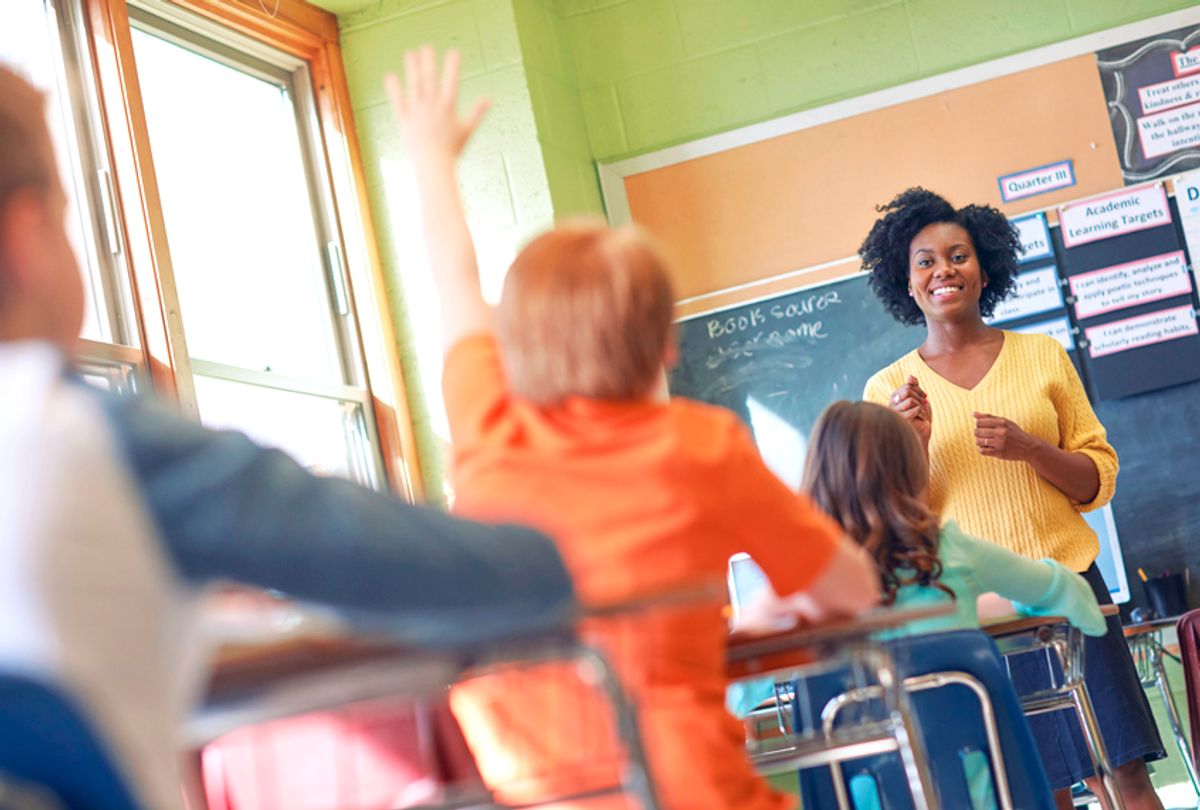 "If you had a teacher who was adept at firearms, they could very well end the attack very quickly," Trump said at a "listening session" with survivors of the recent attack in Parkland, Florida.

Every time the country's attention turns to the problem of gun violence, critics of gun control turn to this idea. It never makes any sense.

Here are a few of the many things that could go wrong with teachers having guns at school:

And these consequences don't even touch on the effects on students, including those struggling with anxiety, who would know their teachers are or might be in possession of a loaded gun.

Even in cases that defenders of this idea think are ideal, it's far from clear that armed teachers improve the situation. Mother Jones found that there's no credible instance of the mythical "good guy with a gun" actually stopping a mass shooter. And people who try can cause even more problems for cops who are trying to respond to the situation. The armed teachers could identify the wrong person as the shooter, accidentally fire at a bystander, or be mistaken for the shooter themselves. They're almost certainly better off in these horrible situations doing their best to protect students and letting the police do their jobs.

But this idea isn't even really meant to be taken seriously. Trump himself once blasted Hillary Clinton for saying that he wanted "guns brought into the school classroom," which shows that even he even recognized how bad an idea it is.

The NRA and their allies talk about this idea because they have nothing else to say. They have no actual solutions to reduce gun violence in the United States, and they're absolutely opposed to any of the ideas that would actually work. That's why we're in this mess and keep having this conversation.