Among White Supremacy groups, neo-Nazi organizations saw the most growth 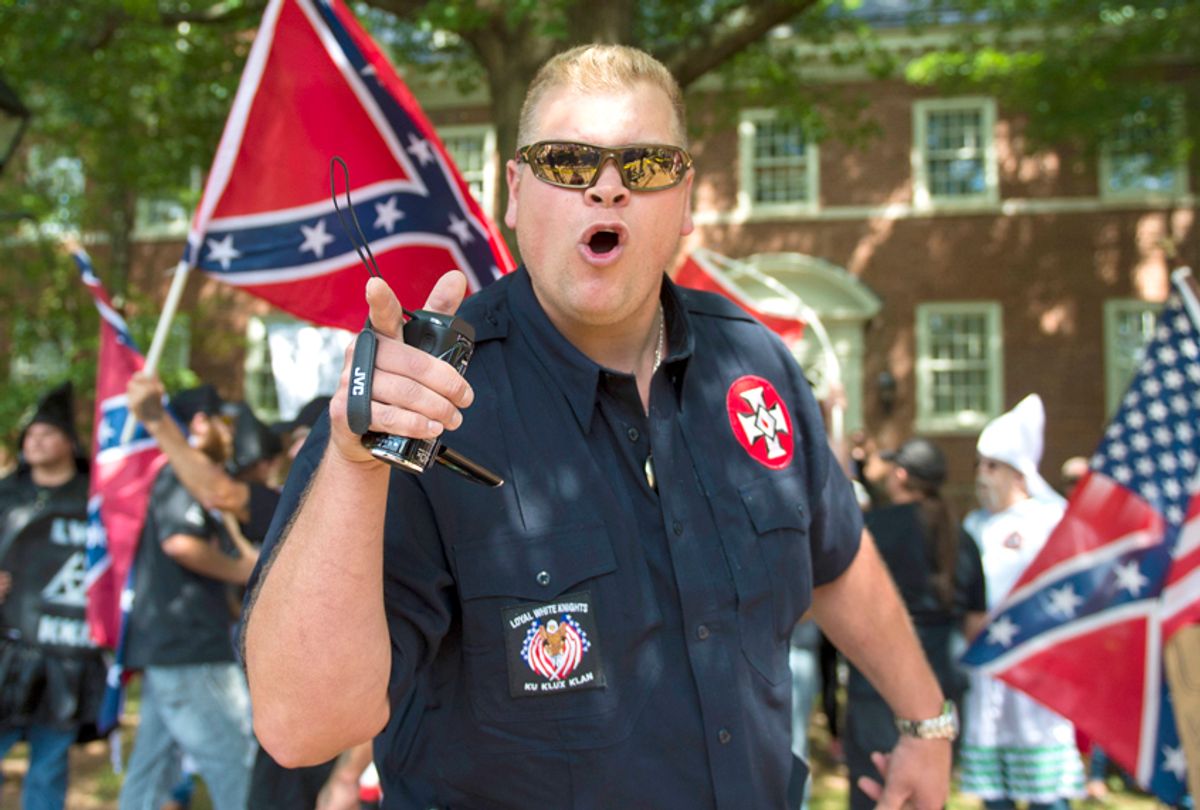 In the Southern Poverty Law Center's (SPLC) alarming annual report, “The SPLC’s Year in Hate and Extremism,” the nonprofit advocacy group noted that hate groups in the United States increased by 4 percent from 2016 to 2017.

Heidi Beirich, director of the SPLC’s Intelligence Project, said the recent increase can be linked directly to Donald Trump’s rise to power.

“President Trump in 2017 reflected what white supremacist groups want to see: a country where racism is sanctioned by the highest office, immigrants are given the boot and Muslims banned,” Beirich said. “When you consider that only days into 2018, Trump called African countries ‘shitholes,’ it’s clear he’s not changing his tune. And that’s music to the ears of white supremacists.”

The SPLC defines a hate group “as an organization that – based on its official statements or principles, the statements of its leaders, or its activities – has beliefs or practices that attack or malign an entire class of people, typically for their immutable characteristics.”

The SPLC added two “male supremacy” groups for the first time in this year’s report — seemingly a reaction to the larger feminist movement and the #MeToo sub-movement. The "male supremacy" groups, according to the report, are A Voice for Men, based in Houston, Texas, and Return of Kings, based in Washington, D.C.

The SPLC notes that the documented increase could be an underestimate.

“The overall number of hate groups likely understates the real level of hate in America, because a growing number of extremists, particularly those who identify with the alt-right, operate mainly online and may not be formally affiliated with a hate group,” the report explains.