If democracy makes a comeback, white suburban women will lead it

There are many facets to the anti-Trump resistance. But grassroots activism among suburban women may be the key 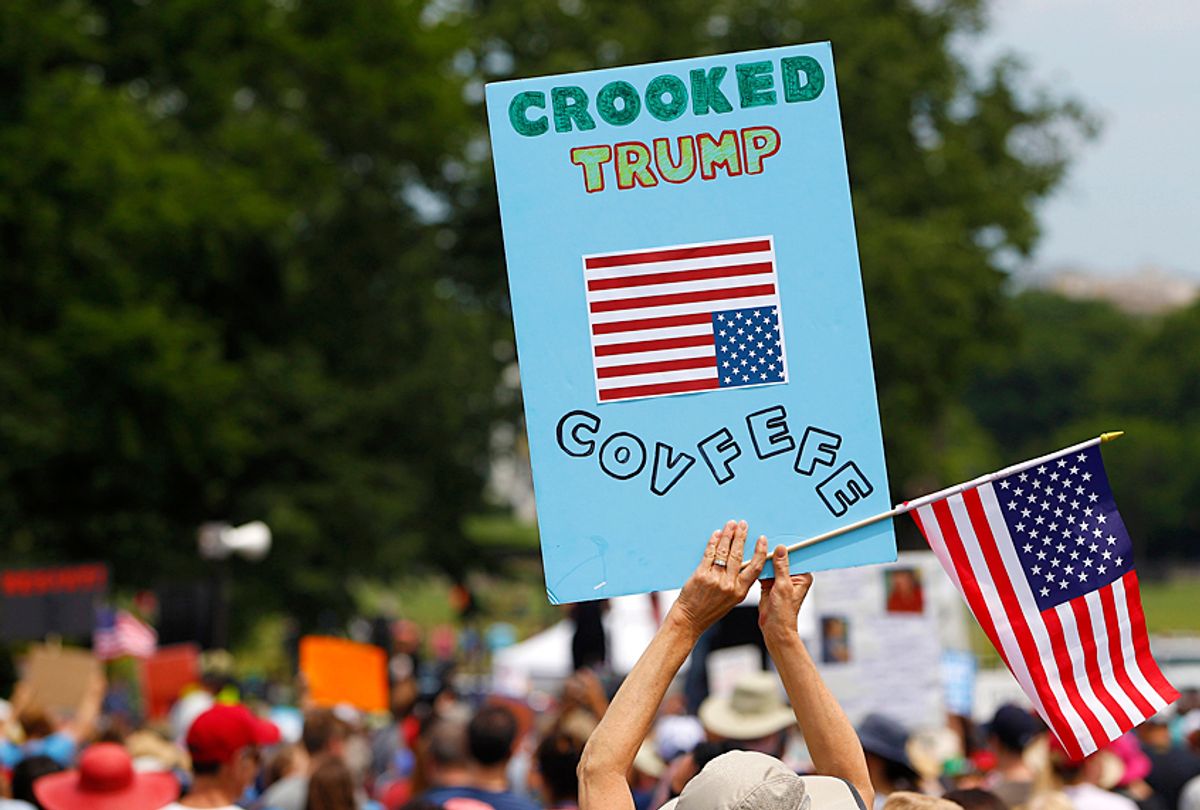 The last couple of weeks have had me thinking about what defines the "Resistance," the movement that spontaneously sprang up in the wake of Donald Trump's unexpected victory in 2016. It's hard to know exactly what to make of it, since the Resistance is not a movement with a single charismatic leader, or a specific platform beyond a broad consensus that concerned citizens must do whatever they can to oppose Trump and the Republican agenda. It's fundamentally a call to action and it is happening in dozens of different ways all over the country. And it's not just about pink hats and demonstrations.

We're seeing the birth of a student movement in real time, as high school kids stand up and demand that adults put a stop to mass shootings and the proliferation of guns in the wake of last week's bloody carnage in Parkland, Florida. We've had many such horrible events, some even more overwhelming, just in the last year, with hundreds of people shot at concerts and churches and nightclubs and yes, schools, always schools. We cried out in horror, with most of us feeling we knew what needed to be done. But there was a sense of underlying hopelessness and despair that once again the atrocity would pass and we would be right back where we started. That's only human. After all, it keeps happening.

But these young people aren't burdened by those past disappointments, and they are not taking no for an answer. Filled with energy and determination, they are infusing Americans with badly needed hope and inspiration again. They are not afraid of Trump and the NRA. They are the Resistance.

Another movement took shape this year that's overturning American culture in ways we can't yet measure. That would be #MeToo, the rallying cry that has opened America's eyes to the pervasive practice of sexual harassment and the plague of sexual assault. This should not come as a total surprise. After all, a blatant misogynist and serial sexual harasser who was caught on tape bragging about his ability to assault any woman he wanted and get away with it was elected president. Many women in this country were deeply shocked and offended by that and realized they would have to take matters into their own hands. They are the Resistance too.

There are the Dreamers fighting for their lives and NFL players taking a knee for Black Lives Matter. There was the Women's March and yes, even those Republican apostates who are drumming themselves out of their own tribe with their criticisms of Trump and their party. These are all factions of the Resistance, doing what they can to fight back. They are all making a difference. You can't have civic action without passion and courage, and they and many others are demonstrating those characteristics every day.

But resistance to the current regime also requires nuts-and-bolts electoral politics. The single most important fight of the near term is coming up this November, as Americans have their first chance to change the majority in Congress and exercise real oversight of the Trump administration. That's happening on the ground all over the country among grassroots volunteers who are working night and day to get Democrats elected on all levels of government. People like my friend, the writer and longtime activist Tom Sullivan in North Carolina, who is getting massive interest from grassroots activists in all 50 states for his logistical primer on local Get Out the Vote drives.

There have been quite a few good articles about these new political organizers and candidates over the last few months. Joan Walsh at the Nation (the former editor of Salon) has followed the story of suburban women around the country who have been volunteering, running campaigns or running themselves. Rebecca Traister of New York magazine (another Salon alumna) has explored similar stories. David Weigel often writes about the emergence of a new grassroots politics for the Washington Post.

Even as it's being well documented by smart writers, this isn't a story that gets wall-to-wall coverage on cable news or big Town Hall style events. But this shift toward grassroots politics led by women might just end up being the most powerful of all the Resistance factions.

Academics Lara Putnam and Theda Skocpol have been studying this phenomenon and published a new report in Democracy about it this week. They observed and collected detailed questionnaires from hundreds of political organizers and participants in grassroots groups.

This is not a leftist Tea Party, because newly engaged suburban activists hail from across the broad ideological range from center to left. It’s not a Sanders versus Clinton redux, because that “last year’s news” divide is flatly irrelevant to the people working shoulder-to-shoulder in the present. It’s not an Occupy Wall Street-type questioning of liberal democracy, because these activists believe laws can make good government as strong and transparent as possible. It’s not the 1960s, with young people leading the way — although there are lots of helpful teenagers in the background saying, “Mom, it’s fine: go to your meeting; I’ll get dinner myself.”

The protagonists of the trends we report on are mainly college-educated suburban white women. We tell their stories not because college-educated white women are the most Democratic slice of the electorate (they aren’t) or because they are the most progressive voices within the Democratic Party (they aren’t) or because they have a special claim to lead the left moving forward (they don’t: nor do they pretend to). Rather, what we report here is that it is among these college-educated, middle-aged women in the suburbs that political practices have most changed under Trump. If your question is how the panorama of political possibility has shifted since November 2016, your story needs to begin here.

There's a reason for that. The country is sharply polarized between metropolitan and rural, red and blue. These suburbs are where the best opportunities for change lie. This group of white, middle-aged women, many of whom normally vote Republican, are one of the keys.

They are working on issues and are highly motivated by everything from the Republican attacks on the Affordable Care Act to Trump's bellicose threats toward North Korea. But I think Putnam and Skocpol have homed in on the reason why this particular element of the Resistance is powerful and important, even beyond its organizing skills: They report that "the common refrain everywhere is about protecting American democracy and reclaiming citizen ownership of public life."

In resisting Trump's divisive demagoguery they are, quite simply, trying to restore some basic decency and integrity to our politics. Through their hard work, with little credit or glory, they hope to bring back some sense of civic and cultural unity. They hope to restore what many of us fear has been lost, a social glue that can perhaps remind this angry, polarized nation that Americans are still worthy of self-respect.