Teachers to Trump: Don't arm us. Give us what we need 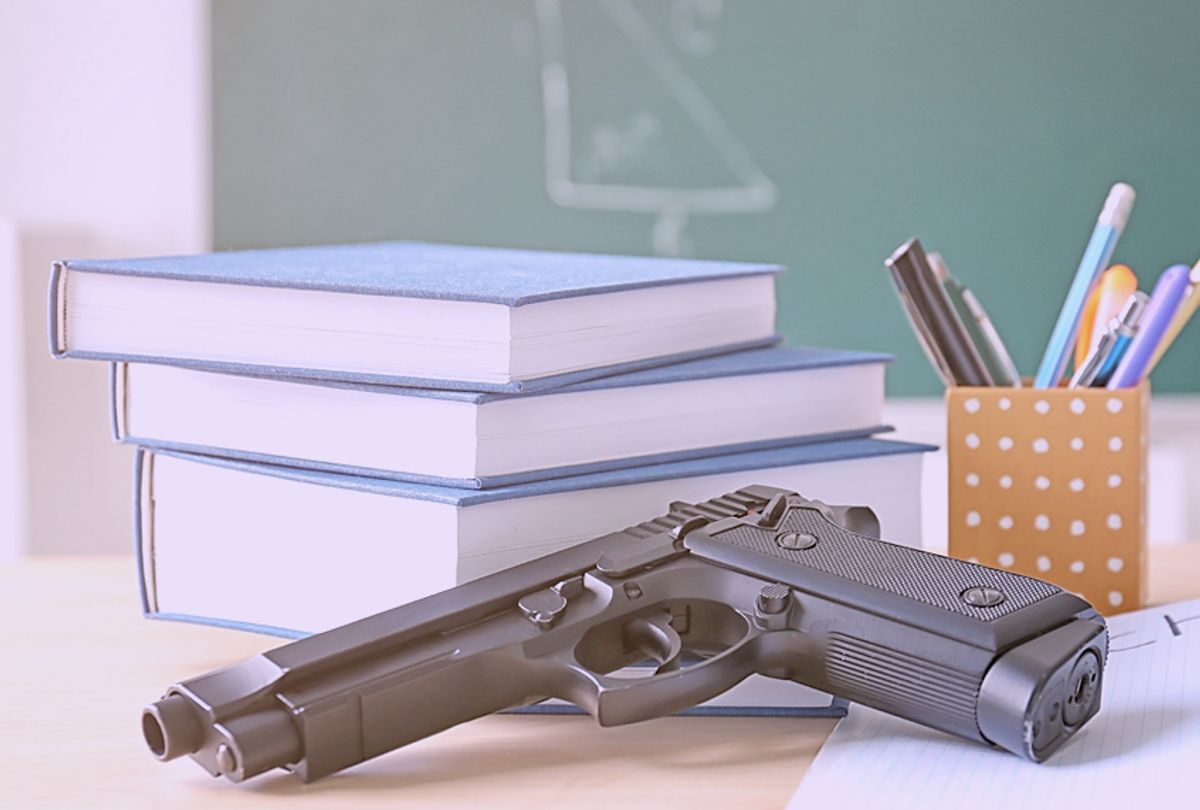 In the aftermath of the deadly school shooting that left 17 dead last week in Parkland, Florida, President Donald Trump has been pushing for more guns in the hands of more teachers in schools.

The idea came this week, when, during a listening session with shooting survivors, he said that more teachers should carry concealed firearms in order to jump into action when and if a mass shooter attacks.

“If you had a teacher who was adept at firearms, they could very well end the attack very quickly," Trump said.

On Thursday, Trump reiterated his point. "We have to harden our schools, not soften them up" and added that creating gun free zones to a killer is like "going in for the ice cream," he said, floating that teachers could get  "a little bit of a bonus" for skilled, armed teachers.

"I want my schools protected just like I want my banks protected," he said. He later added that he would consider offering federal money for that effort.

In addition to arming teachers, Trump proposed three major changes to current gun laws, in a tweet early Thursday morning. The president said he would be “strongly pushing” legislation to Congress that would raise the minimum age requirement for purchasing a firearm, make the background check more extensive and ban the sale of bump stock modifications. In the same tweet, the president signaled that he is willing to take stronger measures on gun policy – and put blame on lawmakers if a proposal is not approved.

I will be strongly pushing Comprehensive Background Checks with an emphasis on Mental Health. Raise age to 21 and end sale of Bump Stocks! Congress is in a mood to finally do something on this issue - I hope!

Educators, though, are at odds with Trump's proposal. In response to Trump's statements about giving teachers guns, educators Olivia Bertels and Brittany Wheaton launched #ArmMeWith. That movement that has since gone viral on social media. It's designed to tell political leaders what they really need in their classrooms in order to prevent further tragedy. In short, it's not guns. It's things like school supplies and books — as well as time, resources, and additional staff. “The vast majority of school personnel are uninterested in carrying a weapon into a building full of hundreds or thousands of children each day,” Bertels told USA Today. “Those desires are not being reflected in the tone-deaf suggestions being made by lawmakers as a solution to America’s gun problem.” Here is a sample of the thousands of #ArmMeWith responses to Trump's proposal to arm teachers that have surfaced online.

#armmewith 💪🏻💪🏼💪🏽💪🏾💪🏿glue guns, not handguns so my students can express themselves 🖌 through their art 🖍and not through violence! And telling teachers they’d get a bonus for carrying one is insulting to every hardworking teacher in this country! #shame #neveragain #notonemore #teachersofinstagram #artteachersofinstagram #iteachtoo #kidsfirst

Last week's tragic shooting at Marjory Stoneman Douglas High School in Parkland, Florida was one of the deadliest school shootings in American history. Since then, Parkland students, and now teachers, have ignited a nationwide movement in an outcry for action to be taken on guns. Whether the White House and Congress, both under Republican control, will act remains unclear.