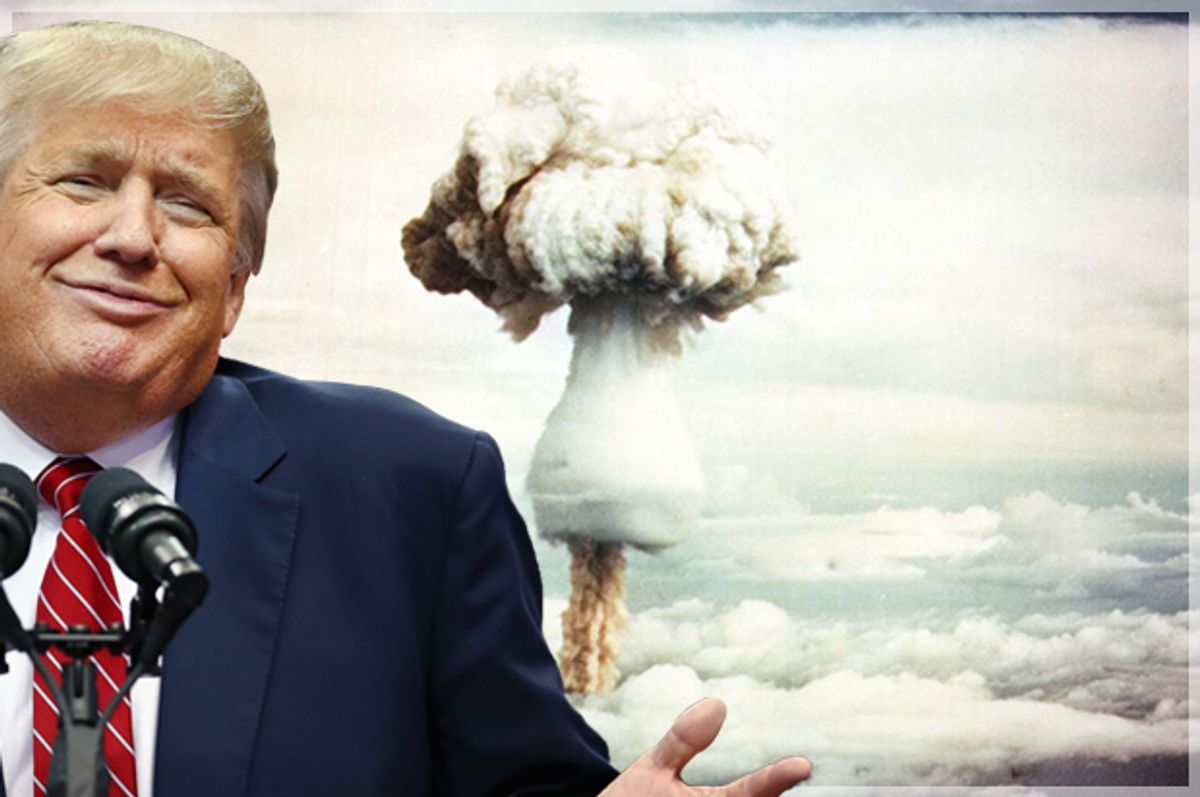 Trump could renew the nuclear arms race and is considering building plutonium triggers for nuclear weapons in a corner of South Carolina that is already one of the most contaminated places on Earth because of our country’s nuclear program.

“It will be because of people like you that occurs,” Perry said.

Trump’s proposed Defense budget would increase funding for nuclear weapons by 3.7% or 6.4% within the next decade, the highest levels since the end of the Cold War.

Democratic senators have warned that Trump’s plans would “increase the risk of a nuclear arms race and raise the real possibility of a nuclear conflict.”

Plutonium pits, so called because they are near the center of warheads, were once made at Los Alamos National Laboratoryin New Mexico. Production was shut down in 2013 because of safety problems that included a nuclear technician in search of a photo op putting eight plutonium rods so close together that it could have caused a nuclear chain reaction.

“There is no doubt, they have had some management and operational problems,” said Ernest Moniz, the Energy secretary under former president Barack Obama.

Before that, the pits were made at the infamous Rocky Flats plant near Denver, now a Superfund site. The FBI and EPA raided the plant in 1989. Its operators later pleaded guilty to environmental crimes.

In October, the city council in Santa Fe, N.M., passed a resolution calling for better safety at Los Alamos and requested suspending plans for expanded production of plutonium triggers there until safety issues are resolved.

“It’s just a fantastic opportunity for a new mission at the site and the local community,” said state Rep. Bart Blackwell (R-Aiken). “I can’t imagine not supporting it.”

Aiken, in western South Carolina, is not far from the former Horse Creek Valley cotton mills whose workers Erskine Caldwell wrote about in “God’s Little Acre.”

In the 1950s, graves were dug up, four towns destroyed and about 6,000 people told to move to make way for “the bomb plant” operated by DuPont that produced plutonium and tritium for nuclear weapons.

The plant’s legacy includes accidents and elevated levels of cancer and other diseases among employees, radioactive waste dumped into unlined ditches and radioactive alligators. The death toll from nuclear workers at Savannah River Site and other nuclear weapons facilities who were compensated for their injuries is greater than casualties in Afghanistan and Iraq.

The plant’s five reactors are shuttered now, and part of the site’s mission now is to contain and clean up radioactive waste.