Legal reform around menstruation is long overdue. But so many lawmakers are male, and they don't want to hear it 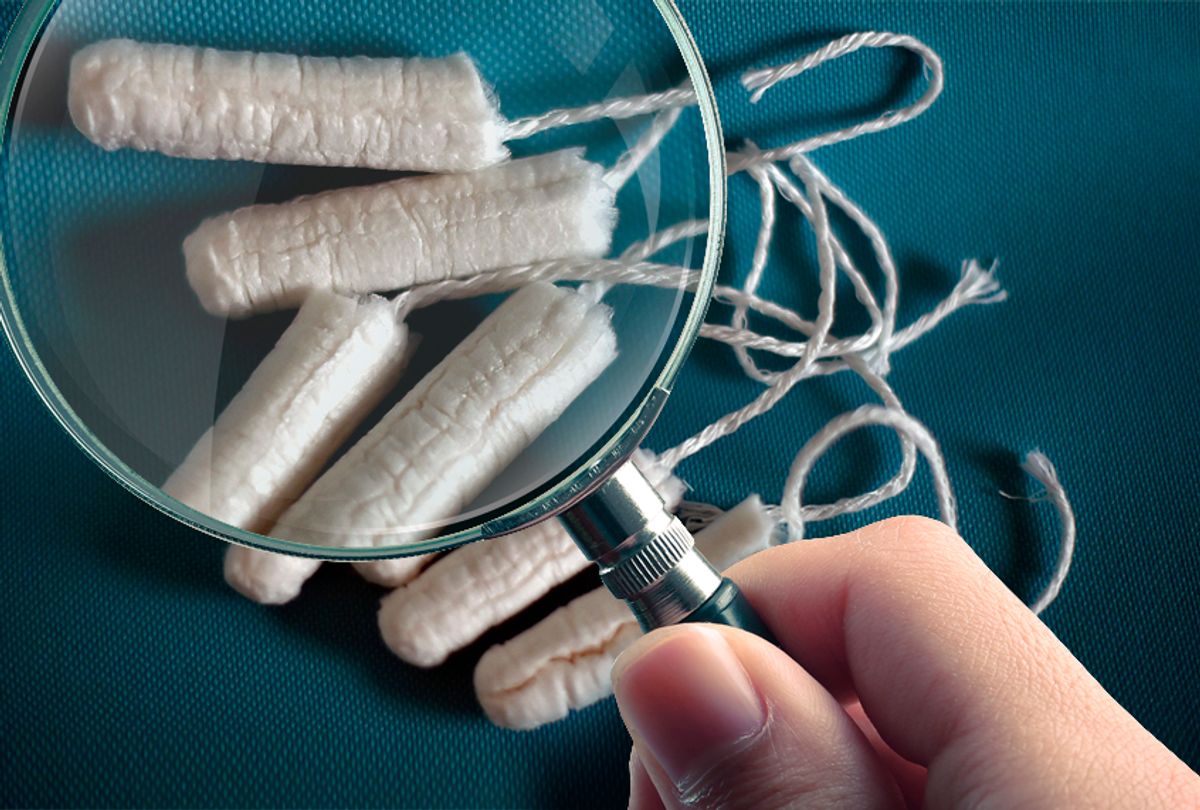 Just this month, an Arizona bill advocating that unlimited feminine hygiene products be provided to state inmates made the all-male House Military, Veterans and Regulatory Affairs Committee visibly uncomfortable. Let me break that down for a second. Female prisoners in Arizona are given 12 sanitary napkins per month. Any additional pads have to be bought, which, using prison wages, cost 27 hours of work. In addition, tampons always have to be purchased, and the pads were criticized for being poor quality, necessitating using several at once. So a (female) Arizona lawmaker proposed a bill to provide funding so that all prisoners could have unlimited amounts of feminine hygiene products while incarcerated.

Although the bill did pass the committee 5-4, which caused it to go to the Rules Committee, the chairman of the Rules Committee refused to hear the bill, essentially killing it. Even if the bill had passed, it is not certain that the sanitary products would have made their way to prisoners. Recent lawsuits show that even when prison rules require prisons to provide feminine hygiene products to inmates, they often don't, leaving prisoners humiliated and at risk for illness. Poverty can also lead women and girls to have to go without sanitary products, leading to girls skipping school or dropping out completely. The fact that these items are taxed as if they are luxuries makes the situation even worse.

There has been some progress in recent years. Due to public outcry, the Arizona Department of Corrections did triple the number of free pads provided to inmates from 12 to 36 per month. Illinois and California have passed laws that require schools to provide feminine hygiene products to students in public schools, recognizing that these products are a health requirement and not a luxury. But if we want more laws like this, more laws providing feminine hygiene products to students, prisoners and the poor, we have to be able to talk about it. And since about 80 percent of members of Congress are men, men have to be able to talk about menstruation as a health issue.

That may be the largest obstacle to legal reform. A lot of men think that menstruation is, well, gross, and treating menstruation as something dirty or shameful has a long history. Every major religion considers menstruating women to be impure and responds by restricting their activities in some way. There are a lot of potential reasons for treating menstruation as anything other than a natural biological process, such as historical ignorance of biology.

But, I think the real reason is sex. In my opinion, men want to think of vaginas as something that is exclusively used for sex. Being reminded of their other function – giving birth – kills their fantasies and turns women into something more than sex objects. So menstruation is seen by men and, therefore, religious tradition and society, as something unnatural, something to be hidden.

The social stigma attached to menstruation is something that only affects women and some trans men, so it’s easy for cisgender men to forget it exists. In fact, they don’t usually have to think about menstruation at all. So, when being confronted about the reality of menstruation, even though it is an unavoidable reality for a large percentage of the population, men get uncomfortable. This discomfort manifests as a reluctance to engage with the issue, whether it’s considering legislation or buying tampons. Even seeing unused sanitary products can drive men into a rage. They simply don’t want to deal with it.

But, when it comes to making laws, they have to. And they need to do it without squirming. Unless our leaders can discuss menstruation as the public health issue it is, the rights of women in this area will always be underserved and shoved to the background.

But change is possible. Legislation regarding public breastfeeding has had a similar trajectory. Even though it is legal to publicly breastfeed in almost all 50 states (get it together, Idaho!), stories abound of nursing mothers being asked to cover themselves. As with menstruation, men (and women) don’t like seeing exposed breasts. Arguments against public breastfeeding seem to swirl around the latent sexuality of a breast: fears of “young boys” seeing her, concerns of modesty, or general worries of “offending” someone. Men seem to take greater umbrage at seeing a nursing mother, and some have used the words “creepy” or “disgusting.” Again, like menstruation, breastfeeding takes something sexy and makes it about procreation. Unlike most public displays of breasts, breastfeeding exposes breasts for a non-sexual purpose, and nursing also reminds men that sex leads to procreation, which is also not sexy.

So feminine hygiene product activists can likely follow the path trod by public breastfeeding activists. Social media activism and sharing stories of legislatures failing to adequately respond to menstruation issues would be a good start. For example, after the Arizona bill was killed in the Rules Committee, activists started the #letitflow campaign, where they sent feminine hygiene products to Chairman Rep. Thomas "T.J." Shope. Although it was the Department of Corrections that addressed the issue, the publicity generated will hopefully lead to more, and more meaningful victories. We have to be able to talk about these things. So, let’s keep talking.