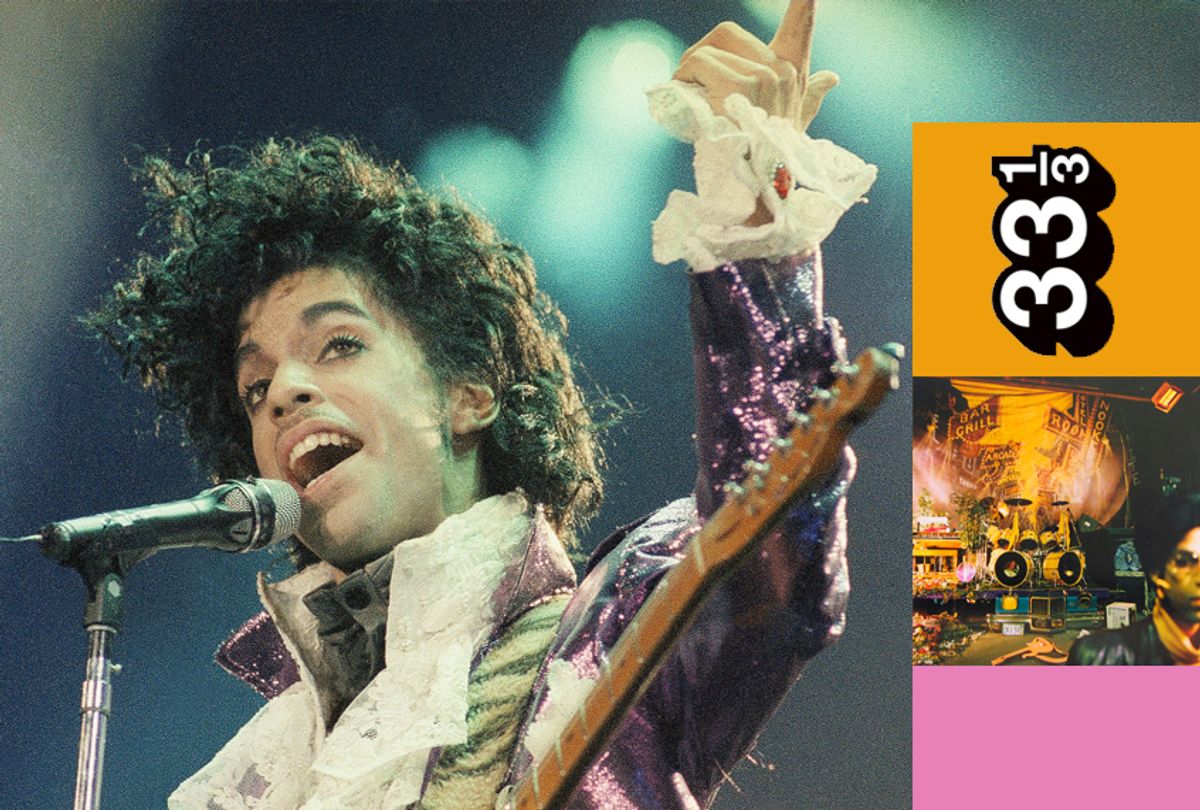 With all due respect to "Dirty Mind," "Purple Rain," "Parade," and "Sign O' the Times," "1999" remains the most widely imitated record of Prince's career. It's one of the earliest, and most complete, meldings of electronic textures and dancefloor-oriented, blood-and-sweat funk, and it should come as no surprise that a childhood 1999 fan like myself would eventually dive deep into rave culture. Playing ancestor-worship can be a tired exercise, and God knows dance music hasn't exactly stood still for the past 20 years. But "1999" is every bit as important as the handful of other late '70s/early '80s records--Parliament's "Flash Light," Kraftwerk's "Trans-Europe Express," Donna Summer's "I Feel Love," Afrika Bambaataa's "Planet Rock," Larry Levan's remix of Instant Funk's "I Got My Mind Made Up," and New Order's "Blue Monday"—that carved the path for the next 20 years of house and techno. As the most down to earth, immediately accessible, and song-savviest of those records, it's hardly surprising that "1999" had (and has) the broadest appeal—three million copies sold within its first two years of release, four million total in the U.S.

Given how densely electronic and dance-oriented "1999" is, there's something ironic about it having turned Prince into a rock star. That had less to do with the album, though, than with MTV. Looking at Prince's early videos, it's amazing how ungainly he is. The "I Wanna Be Your Lover" clip is straightforward enough—multiple medium shots and close-ups of Prince playing all the instruments and singing—and his 1981 appearance on NBC's "Saturday Night Live" finds him and his band exuding a frenzied, bug-eyed energy. But the "Dirty Mind" clip—Prince and group performing onstage, wildly costumed, in front of a typically mixed audience of black funkateers and white new wavers—is jarring to look at today for anyone who grew up watching Prince execute some of the most intricate choreography in rock. His dancing is extremely sloppy; he flounces around, full of a nervous energy that's appealing but also a little unsteady. This improves in the "Controversy" video, and by the "1999" video, with its stylish camera angles and priceless reaction shots (Prince's mugging after the screen-whitening flashpots that accompany the line "We could all die any day" demonstrate him at his most openly goofy), he had shed some of that on-camera mania.

In the anthology "O.K. You Mugs: Writers on Movie Actors," art critic Dave Hickey describes a television appearance by Robert Mitchum in which Mitchum explains the difference between stage and movie acting:

When you're acting in a film... everything will be moving. There will be this hurricane of pictures swirling around you. The projector will be rolling, the camera will be panning, the angle of the shots will be changing, and the distance of the shots will be changing, and all these things have their own tempo, so you have to have a tempo, too. If you sit or stand or talk the way you do at home, you look silly on the screen, incoherent. On screen, you have to be purposive. You have to be moving or not moving. One or the other. So a lot of times, in a complicated scene, the best thing to do is stand absolutely still, not moving a muscle. This would look very strange if you did it at the grocery store, but it looks okay on screen because the camera and the shots are moving around you. Then, when you do move, even to pick up a teacup, you have to move at a speed. Everything you do has to have pace, and if you're the lead in a picture, you want to have the pace, to set the pace, so all the other tempos accommodate themselves to yours.

To watch the video for "Little Red Corvette" after seeing the earlier clips is to see Prince having learned Mitchum's lesson. Shot on film, not videotape, "Little Red Corvette" finds Prince rock-still behind the microphone while his hands move in slow, dramatic arcs, at a speed. The music gears up, and Prince gears up with it; it backs down, and he backs down. A deaf person could figure out what he's singing about. Of course, so could a chimpanzee; Prince is always singing about sex, more or less. But like the song itself, the video is more playful suggestion than horny-toad come-on, pocked with cheetah-quick flashes of aggression when the song calls for them. During the guitar solo, Prince executes a quick, breathtaking series of dance steps that seem to harness all the energy he expended so carelessly in the "Dirty Mind" video. Then he gets back behind the mic to sing the bridge. His eyes don't dart around anymore; he's in command. And he's teasing us; there are glimpses of this in the "Controversy" and "1999" videos, but nothing as sustained as the 30 seconds in which his lips curl into a sneer, then a moue, then an outrageously lubricious leer before the final chorus revs back in. In that short space, Prince completely sells the image he'd spent five albums propagating—to the viewer, and just as importantly to himself. So of course he made the semi-autobiographical feature film "Purple Rain" next. After a demonstration of self-belief that overpowering, what else could he do?