Following redactions, officials released the memo on Saturday which is a rebuttal memo to the GOP Nunes memo 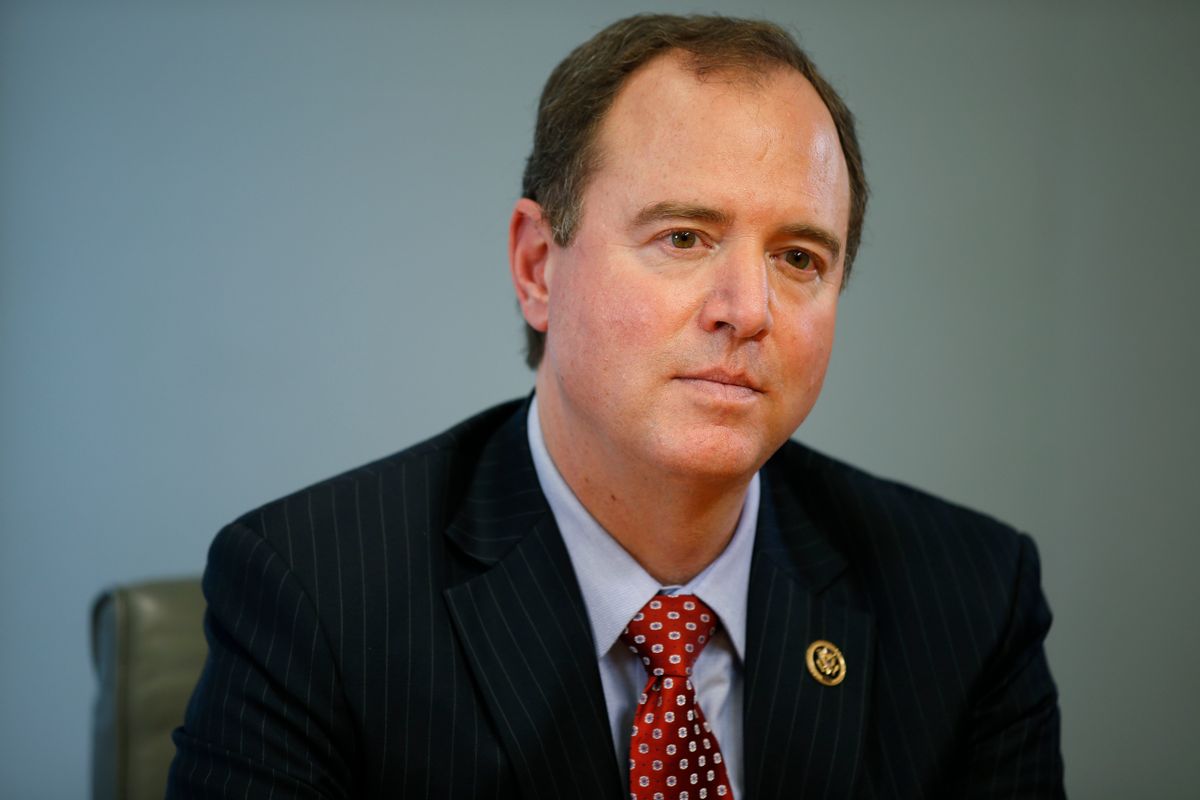 The House Intelligence Committee released the Adam Schiff memo on Saturday after weeks of speculation on if and when the Democratic memo would be released—and with what controversial FBI redactions.

In early February, Donald Trump objected to Schiff releasing the memo, which caused a backlash. The 4-page memo released by Chairman David Nunes, R-Calif., alleged abuses by the Department of Justice and FBI, but according to the memo released on Saturday by Schiff, D-Calif., the move to rush and release the Nunes memo was “by design."

"The Democratic response memo released today should put to rest any concerns that the American people might have as to the conduct of the FBI, the Justice Department and the FISC," Schiff said in a statement on Saturday. The Democratic memo seeks to set the record straight on the FISA warrant application for former Trump campaign foreign policy advisor Carter Page.

"Our extensive review of the initial FISA application and three subsequent renewals failed to uncover any evidence of illegal, unethical, or unprofessional behavior by law enforcement and instead revealed that both the FBI and DOJ made extensive showings to justify all four requests," Schiff wrote.

The Schiff memo states that the FISA application wasn’t used “to spy on Trump or his campaign.” Page, who reportedly had connections to the Russian government, “ended his formal affiliation with the campaign months before DOJ applied for a warrant.” The memo explains that the DOJ’s request for a warrant was based on “probable cause to believe Page was knowingly assisting clandestine Russian intelligence activities in the U.S.”

Some of the probable cause and evidence are redacted in the memo, but from the information available, Page allegedly had an “extensive record” of a redacted bit of information prior to joining the Trump campaign.

In the four-page Republican memo, it claimed "on October 21, 2016, DOJ and FBI sought and received a FISA probable court order" that authorized electronic surveillance of Page; it failed to address that Page was actually known to American counterintelligence officials as far back as 2013, according to The Wall Street Journal-- which the Democratic memo corroborates.

"Steele's reporting did not reach the counterintelligence team investigating Russia at FBI headquarters until mid-September 2016, more than seven weeks after the FBI opened its investigation because the probe's existence was so closely held within the FBI," the memo states.

The struggle to release the rebuttal memo started when Trump claimed that the memo would have to be heavily redacted prior to publication.

"The Democrats sent a very political and long response memo which they knew, because of sources and methods (and more), would have to be heavily redacted, whereupon they would blame the White House for lack of transparency,” Trump tweeted. “Told them to re-do and send back in proper form!"

The memo is redacted but provides sufficient information to dispute claims from the Nunes memo.