"Black Panther" has another historic weekend at the box office

Bringing in an estimated $108 million, "Black Panther" has one of the most successful second outings ever 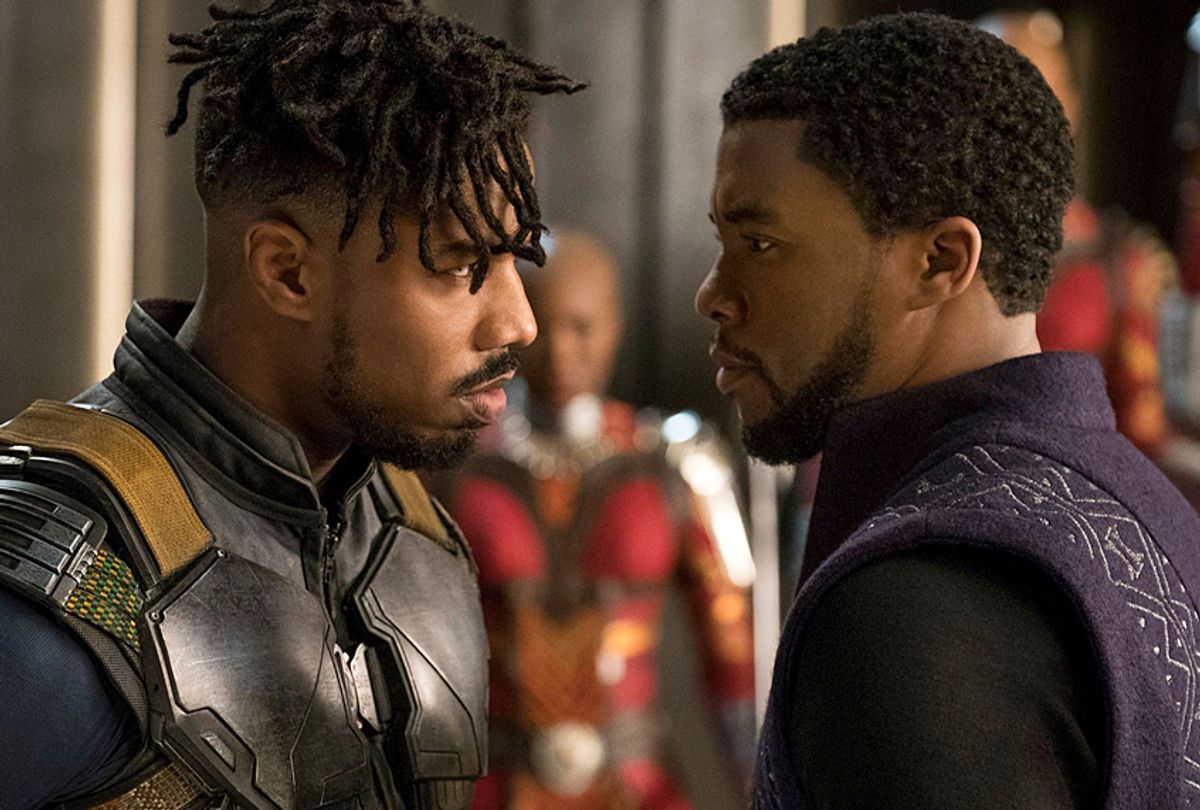 Ryan Coggler's "Black Panther" has proven itself to be a historic success once again, as the film reeled in an estimated $108 million across 4,020 theaters to make it one of the largest second weekends of all time.

Only "Star Wars: The Force Awakens" has beaten out the Disney film's second weekend numbers, the Los Angeles Times reported. In North America, "Black Panther" has already grossed over $400 million which has made it the most successful February film to date. Overseas the film brought in $83.8 million, bringing the total to over $300 million, and $700 million worldwide.

The launch of the film, featuring Chadwick Boseman and Michael B. Jordan, was also a historic success last weekend. It marked the fifth-most successful opening box office weekend ever, as Salon has previously reported. Domestically, the film brought in $235 million and is Marvel's first film that was directed by an African-American.

"The movie continues to play ahead of our modeling," said Disney's film distribution head Dave Hollis, according to THR. "It has become a cultural phenomenon. This is a movie audiences were hoping for, and that delivered beyond expectations."

"Black Panter" also beat out other films such as "Wonder Woman," "Justice League and "Fate of the Furious" in its second weekend at the box office, THR noted.

The film's success has highlighted the power of black creatives, a sentiment that was celebrated as black celebrities announced various campaigns and charity efforts so that many underprivileged children, many of which were of color, could watch the movie. "Black Panther" has broken records and could be a contender for movie of the year and it's still only February. The film has also welcomed a widely diverse audience and stars a nearly all-black cast, which many have said was long overdue.