CPAC brings out the worst in conservatives

Daring to challenge actions of other conservatives, Mona Charen spoke out about sexual harassment, only to be booed 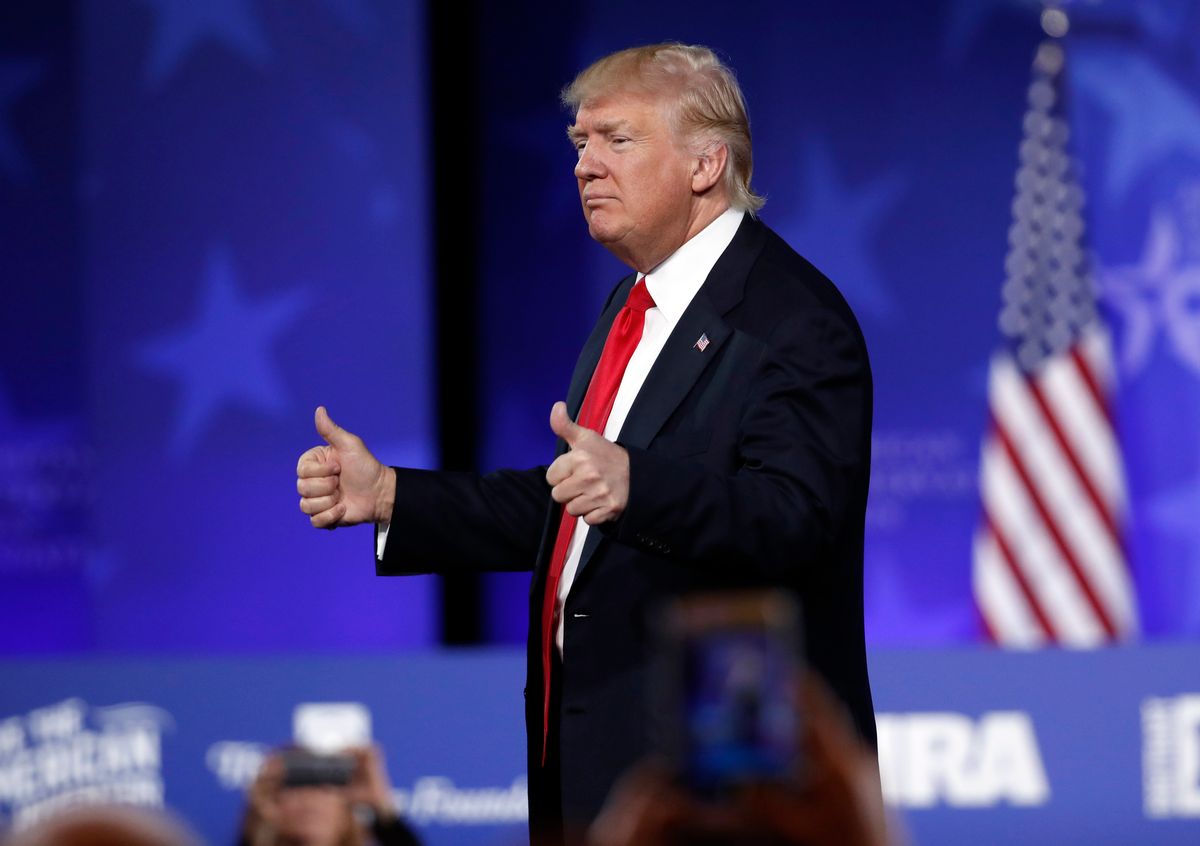 The Conservative Political Action Conference has brought out some of the worst in conservatives. That much has been especially felt by conservatives who chose to use their platform at the event to speak out against other fellow members of the political right, exposing some of the rifts within the party and its struggle with the truth.

Conservative columnist Mona Charen spoke about "hypocrites" in the Republican Party who have downplayed sexual harassment accusations levied against powerful men on their own side of the aisle, including President Donald Trump.

"I’m disappointed in people on our side for being hypocrites about sexual harassers and abusers of women who are in our party, sitting in the White House, who brag about their extramarital affairs, who brag about mistreating women, and because he happens to have an 'R' by his name, we look the other way, we don’t complain," she explained on in a panel discussion at the gathering of conservatives on Saturday, according to Bloomberg News.

Charen then went on to blast Republicans for their lack of condemnation for former Alabama Senate candidate Roy Moore, who was accused of sexually preying on underage women.

"The Republican Party endorsed Roy Moore for the Senate in the state of Alabama, even though he was a credibly accused child molester," Charen said. "You cannot claim that you stand for women and put up with that."

At that moment groans and boos could be heard from the crowd, and chants of "not true! not true!" erupted. One person yelled, "Prove it!"

But Charen hadn't quite finished all of her gripes with her own side just yet. She went on to criticize the decision by CPAC to invite far-right National Front member Marion Marechal-Le Pen, the niece of former French presidential candidate Marine Le Pen.

"The only reason she was here is she’s named Le Pen, and the Le Pen name is a disgrace. Her grandfather is a racist and Nazi. She claims she stands for him," Charen said, Bloomberg noted. "The fact that CPAC invited her is a disgrace."

For speaking out, even a staunch conservative like Charen had to be escorted out of CPAC by security guards who feared her safety may be at risk, she penned in a Sunday op-ed for the New York Times.

Meanwhile, the party is still having obvious problems in regards to race. During the Ronald Reagan dinner on Friday night CPAC communications director Ian Walters said the former Republican National Committee chairman, Michael Steele, was only elected "because he's a black guy."

"We were somewhat lost as a group, we had just elected the first African-American president, and that was a big deal and that was a hill that we got over and it was something that we were all proud of and we weren't sure what to do, and in a little bit of cynicism what did we do?" Walters said, CNN reported. "This is a terrible thing. We elected Mike Steele to be the RNC chair because he's a black guy, that was the wrong thing to do."

On Saturday, Steele shot back at the racially-charged claim and said he rejected an apology from Walters.

"He did call and he tried to explain himself and said what he was thinking, he relayed it back to Barack Obama's election, and then he said at one point, 'I apologize,' and I just said, you know, that's just not acceptable, that's not enough," he explained to CPAC executive Matt Schlapp.

"It was stupid, not unfortunate! Call it what it is," he told Schlapp who discussed the issue with him. "It is stupid to sit there and say we elected a black man a chairman of the party and that was a mistake. Do you know how that sounds to the black community?"

He added, "And for him to stand on that stage and denigrate my service to this party, and for you as a friend to sit there and go, ‘Well, you’ve been critical of this party.’ There’s only one word I can say, and I can’t say it on this air."

All of this comes as results of the annual CPAC "straw poll" showed a 93 percent approval rating, which he quickly bragged about on Twitter.

The underlying sentiment here is that the Republican Party has a serious problem with rebuke or criticism from within, often setting a bizarre double standard. With a clear full embracement of Trump, conservatives who have questioned some of the GOP's optics in the past year or so have become increasingly marginalized and silenced by their own.

Watch the full heated discussion between Schlapp and Steele below: