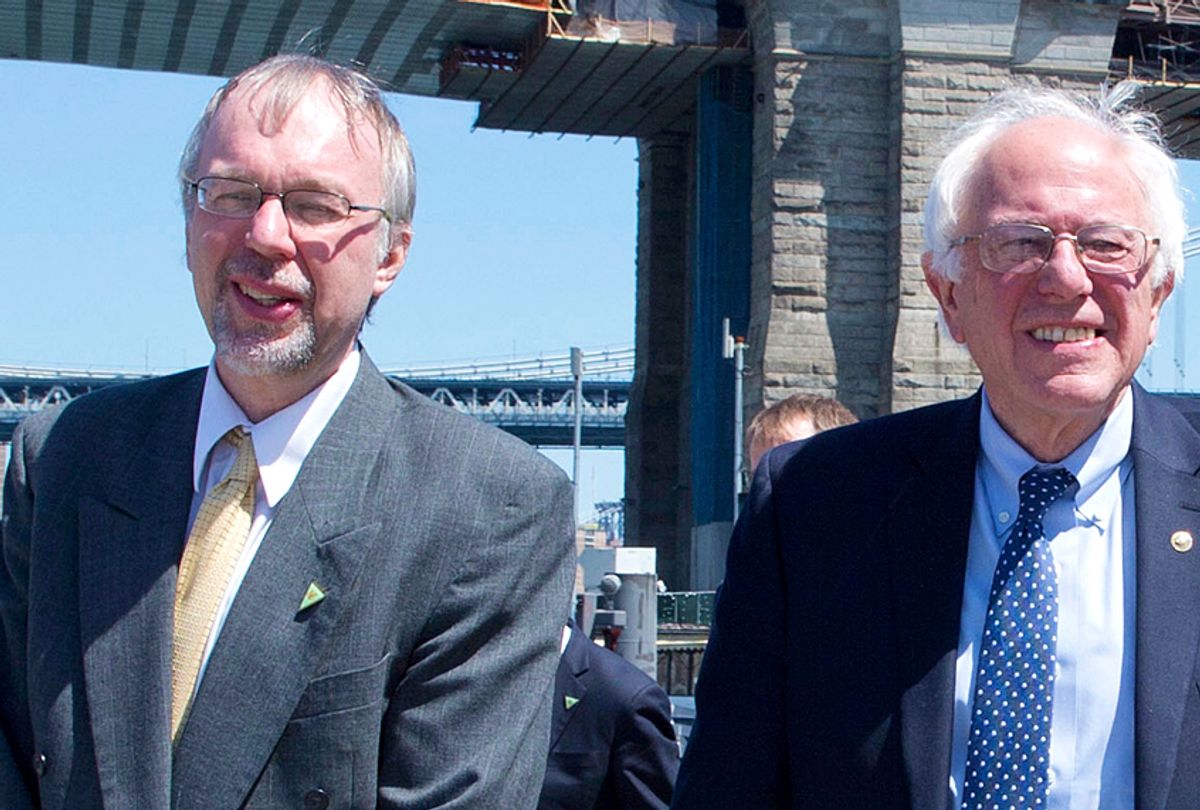 In announcing that he is running for Congress in New Hampshire, Sen. Bernie Sanders’ son is keeping politics in the family.

"After much thought and consultation with my family, friends, and the people of New Hampshire, I am excited to announce today that I am running for Congress in New Hampshire’s 1st District,” Levi Sanders said in a statement. “This is a unique opportunity to listen to the hard-working men and women of New Hampshire about the issues that matter to them.”

Sanders is vying for the seat in New Hampshire’s first district, currently held by Democratic Rep. Carol Shea-Porter, who is not seeking re-election. Sanders currently lives in Claremont, New Hampshire, which lies in the second district; House representatives must reside in the state that they represent, though not necessarily in the same district.

“The majority of voters in New Hampshire, and around this country, agree that we need a Medicare For All healthcare system which guarantees healthcare to every man, women, and child without out of pocket expenses,” Levi Sanders said in his official statement on his campaign website. “We need an educational system which says that whether you are rich or poor, you have the ability to go to a public college and/or university tuition free. We need to demand that we have a minimum wage which allows people to work forty hours a week without being in poverty. It is urgent that we address the opioid problem which is at a crisis level in New Hampshire. We must demand that women finally earn the same pay as men. It is unacceptable that we haven’t found the political courage to pass sensible gun legislation.”

According to The New York Times, Levi is one of Sen. Sanders’ four children, though he is the senator's only biological son.

In an interview with People magazine in January, Levi alluded to how anti-establishment and anti-authority tactics influenced his life from a young age.

“When I was a little kid, I started with B. Then it was Ber and then Bern and now it’s Bernard. Or the Bernster. I’ve never called him Bernie. And I never have called him Dad,” Levi told People. “Even when I was six years old, I thought it was childish. He was a friend, not an authoritarian.”

Levi Sanders served as an assistant manager at the Chittenden Emergency Food Shelf in Burlington, Vermont in 2001. According to The New York Times, he ran for City Council in Claremont, New Hampshire but finished seventh in a race of nine. He is also an advocate for social security.

According to CNN, Levi isn’t the only one of Sen. Sanders' offspring to take up politics. Carina Driscoll, Sanders' stepdaughter, is running as an independent to be mayor of Burlington, Vermont; Bernie once held the same position.

Sen. Sanders released a statement to WMUR on Tuesday expressing support for his son's campaign.

"I am very proud of Levi's commitment to public service and his years of work on behalf of low income and working people. Levi will be running his own campaign, in his own way, with his own ideas. The decision as to who to vote for will be determined by the people of New Hampshire's first district, and nobody else," Sen. Sanders said in the statement.