Gordon Ramsay pulls the knives out on Bobby Flay 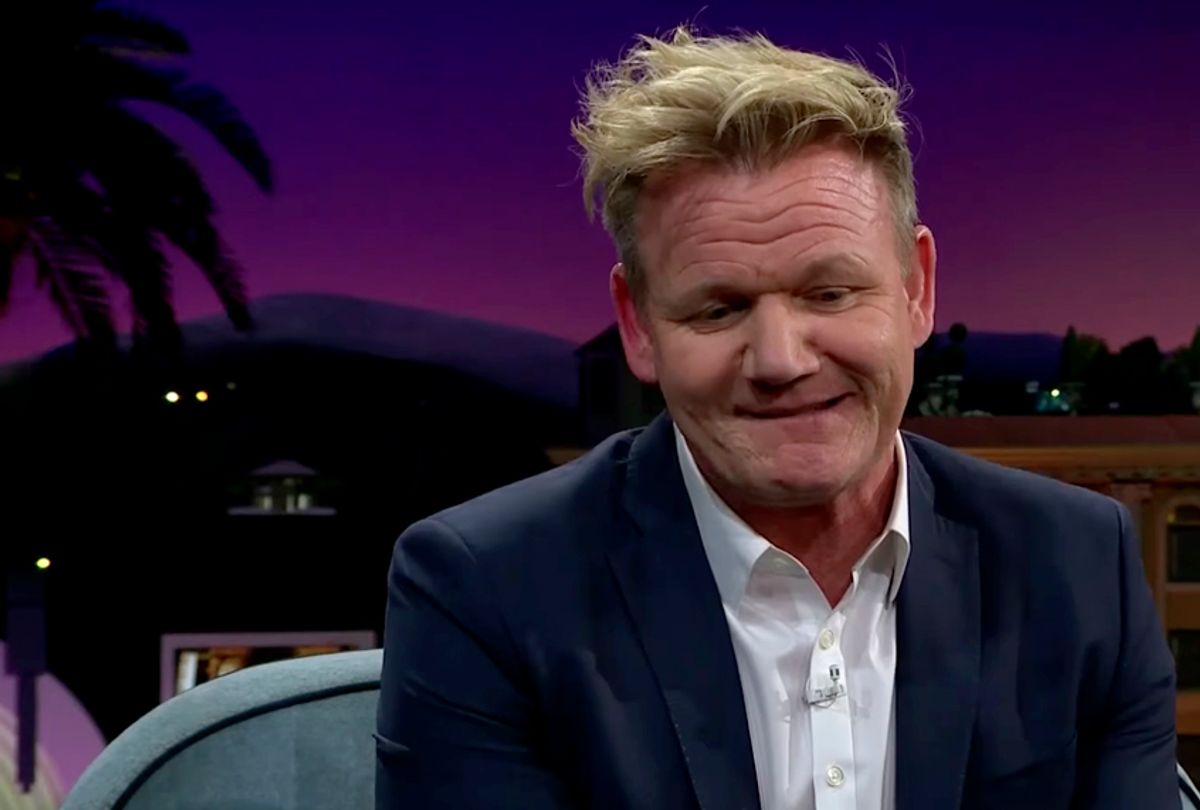 Celebrity chefs don’t always need food to start a fight in the kitchen. Sometimes they just need tough questions, and an instigator like James Corden, host of "The Late Late Show."

On Feb. 27, Corden sat down with Gordon Ramsay, successful restaurateur and multi-Michelin starred chef, for a round of “Spill Your Guts or Fill Your Guts,” a game in which Corden and his guest take turns asking a difficult question, and then the answerer has the choice of either answering truthfully, or eating a disgusting food — like salmon ice cream, chicken feet or bull penis. Corden chose a card asking Ramsay to rank three celebrity chefs from best to worst: Bobby Flay, Wolfgang Puck and Jamie Oliver.

RELATED: "I am a MasterChef survivor"

Ramsay had his reasons for stabbing Flay in the proverbial back.

“Shall I tell you why?” Ramsay asked. “For the last five years, we’ve been trying to do this cook-off together in Vegas for charity. And he won’t sign the f**king contract.”

It’s unclear if Flay heard Ramsay’s plea. Flay, who is quite active on Twitter, has yet to publicly respond to Ramsay’s jab.

Ramsay was able to get revenge on Corden on the show, though, when he chose a card asking Corden to rank movies that Corden had appeared in.

“I feel so bad because I really like all the people who worked on those films,” Corden said.

Corden contemplated gnawing on a chicken foot, but eventually surrendered to answer the question.

You can watch Ramsay and Corden spill their guts here: