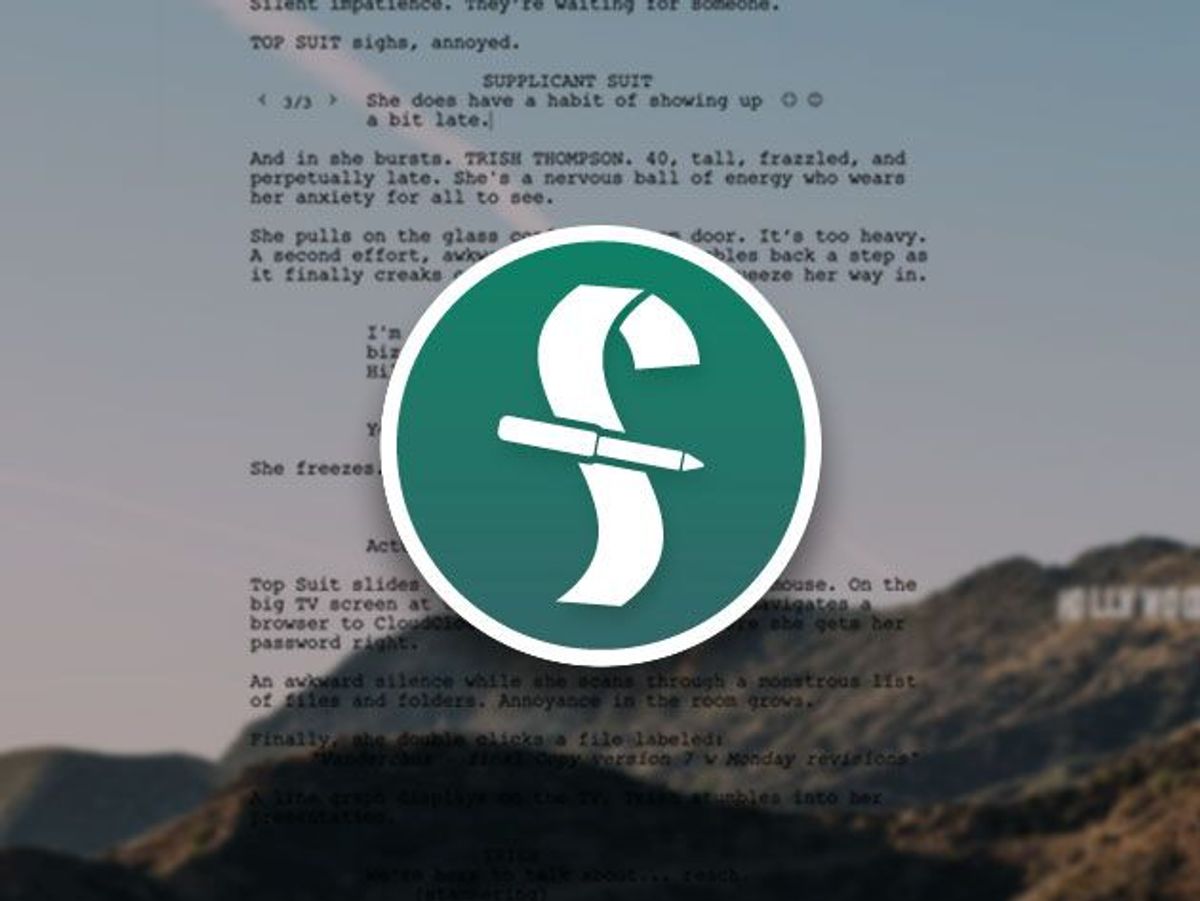 Regarding screenwriting software, no app's more important than Final Draft 10. It's pretty similar to when you're asked to create a spreadsheet — the solution is pretty much always Microsoft Excel. Final Draft 10 is practically ubiquitous to the screenwriting process, used by David Lynch, J.J. Abrams and Aaron Sorkin alike. No other platform matches up, which is why it's used by major studios like Disney, Warner Brothers, NBCUniversal, MGM and more.

The most tedious part of developing a screenplay is how granular and specific the formatting can be. The hardest part of writing should be the creative process, and getting people to pick up your work and read it — not tearing out your hair trying to figure out how to appropriately space an indent. Final Draft 10 comes with more than 100 pre-set templates for TV, film, and playwriting, with all sorts of ways to outline and storyboard — that helps save time in the creative process, eliminating some of the more mundane stuff, and allowing you to focus on the meat of your project.

Test out alternate lines of dialogue

One of the most challenging things about screenwriting is not being able to keep track of and test different lines of dialogue — and what if the line you trashed first ends up being the one that makes the final cut? This app allows you to see multiple dialogue lines as you refine the speech of each of your characters, so you always have previous versions of monologues, dialogues and whatever else on hand.

Final Draft 10 offers two incredible features that structurally foster more creativity: Story Map and Beat Board. Story Map allows you to see your work at large, giving you a big-picture view that makes substantial reorganization efforts way easier. It takes you out of the little details you can get stuck on and simplifies high-level outlining. Beat Board lets you work through scenes, beat by beat — so you can tell if your words have the rhythm, timing, and effect you want.

Not that creative collaborations are ever easy, especially when you're arguing over a character or what should happen in a scene — but at least Final Draft 10 can help take you out of the whole lonely, solo-writer burning the midnight oil schtick, and help you collaborate with multiple people at once. Even better, it won't destroy the work you've done with merge errors — and you can securely send drafts to who you want, even if they're in a different country.

Final Draft 10 is compatible with both Windows and Mac — and just in case you use both, you can install the main suite on two different computers. There's even a companion iOS app for mobile editing, just in case you need to get out that one perfect line while you're running around doing errands.