Why Mike Pence's remarks on abortion are so disconcerting 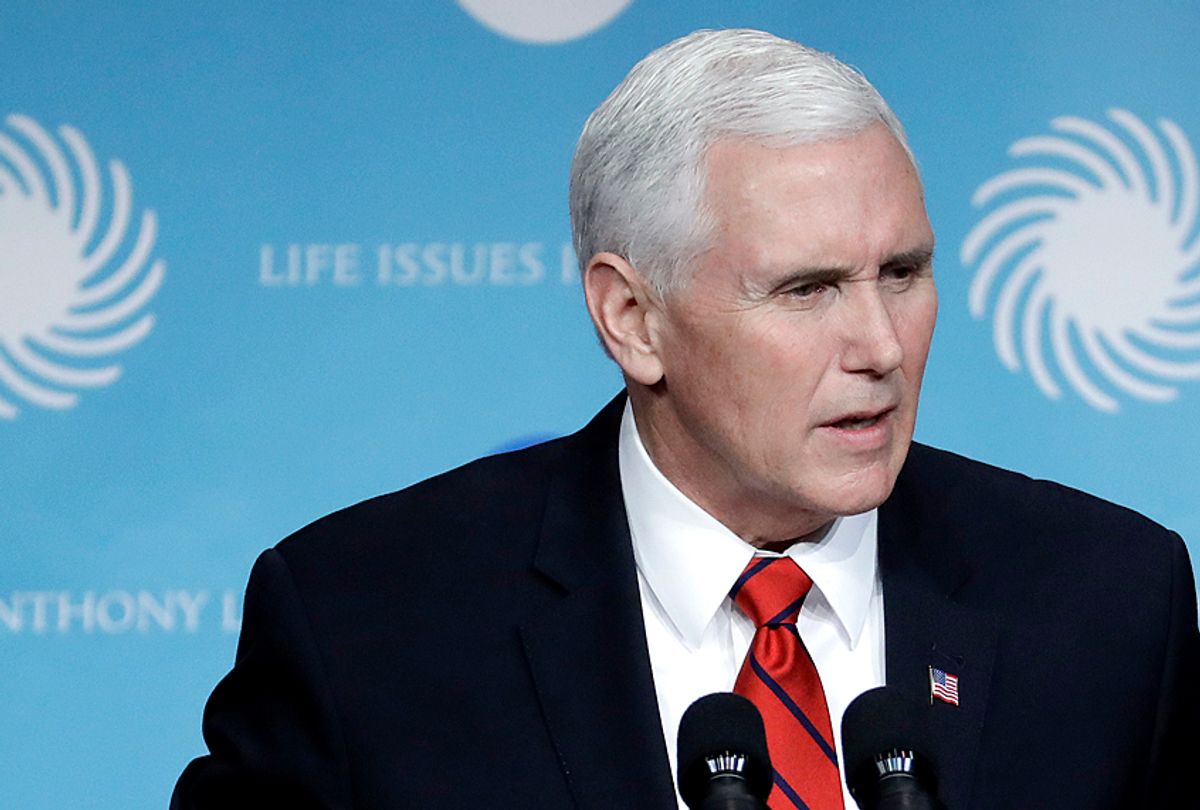 There are few places where Vice President Mike Pence can speak and receive unreserved support — but an event hosted by the anti-abortion organization, Susan B. Anthony List & Life Institute, is surely one of them. Earlier this week, Pence spoke at their luncheon, during which he made a disturbing claim: "I know in my heart of hearts this will be the generation that restores life in America.”

“I truly do believe, if all of us do all that we can, that we will once again, in our time, restore the sanctity of life to the center of American law. But we have to do the work,” he told the audience.

A religious conservative espousing propaganda that whips up his base is nothing new, but something about Pence’s statement this time around felt different. Pence has unapologetically stated in the past that his goal is to see Roe v. Wade overturned.

“I’m pro-life and I don’t apologize for it,” Pence said while campaigning in 2016. “We’ll see Roe vs. Wade consigned to the ash heap of history where it belongs.”

The Trump administration’s rhetoric surrounding a woman’s right to choose seems to have encouraged pro-lifers to take action to restrict abortion access. According to a Guttmacher Institute report published in January, 19 states embraced 63 new restrictions on abortion rights and access in 2017 — the largest number of restrictions implemented in one year since 2013.  In 2017, lawmakers in 30 states introduced “abortion bans” — with six states imposing new regulations.

Conversely, advocacy groups are putting up a stronger fight. According to the Guttmacher Institute, 21 states have adopted 58 proactive measures to protect access to abortion and access to reproductive health services — nearly double the number of proactive measures enacted in 2016.

Pence of course isn’t alone in his mission. President Donald Trump attended a “March for Life” rally in January, where he spoke to the crowd and also reaffirmed the White House’s commitment to a pro-life agenda.

"Because of you, tens of thousands of Americans have been born and reached their full God-given potential. Because of you," Trump told the crowd in January. “Americans are more and more pro-life, you see that all the time."

That may not be true: according to a Gallup poll, historically pro-choice and pro-life supporters have been equally split. As of May 2017, 49 percent of Americans polled said they were pro-choice; 46 percent said they were pro-life. Those polling numbers aren't significantly different than they were ten years ago.

Pence’s latest remarks incited pro-choice advocacy groups and politicians to speak out against him.

As Kamala Harris said, we women do deserve better. If only women’s bodies were guns, Republicans wouldn’t dare to regulate them.