Parkland conspiracy theories started on the internet, but they get life from pundits who wink at them on TV 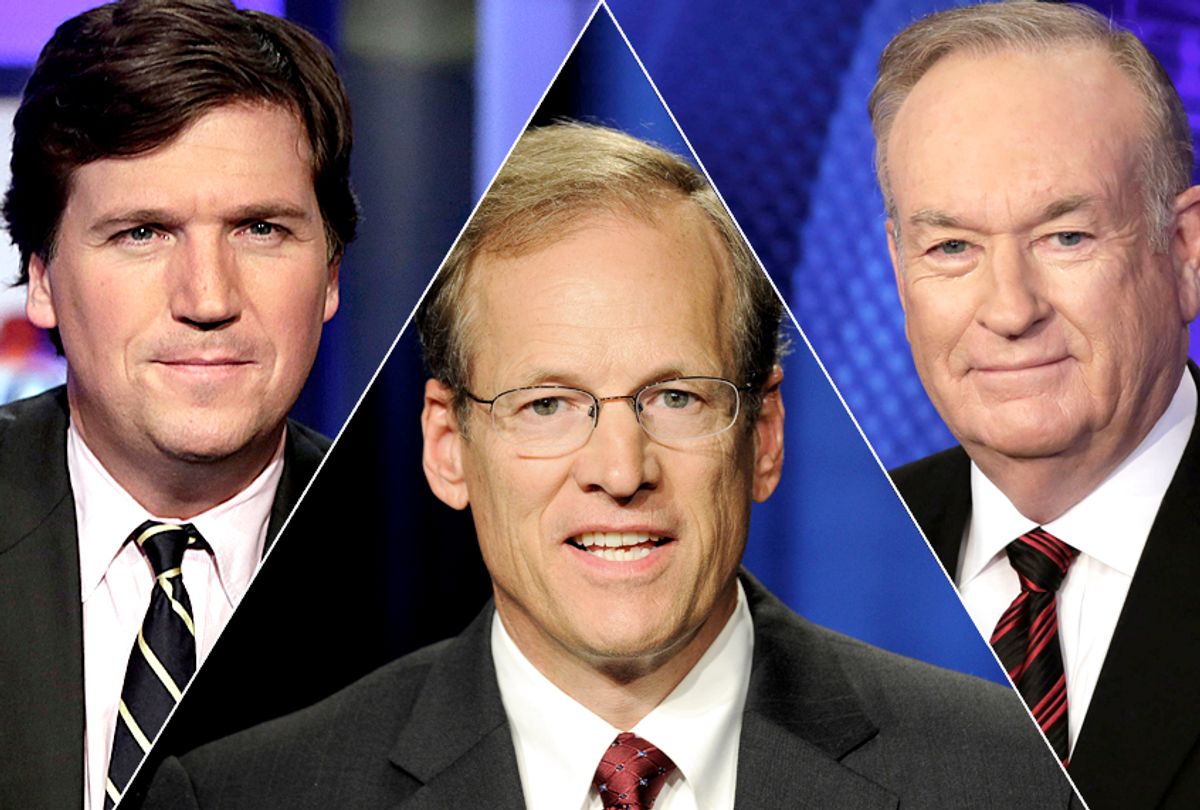 As happened after the Sandy Hook school shooting, conspiracy theories started to fly around online, suggesting that the recent school shooting in Parkland, Florida was somehow faked. Paranoid gun nuts, unwilling to admit their preferred gun control policies lead to mass murder, flocked to online forums to swap claims that the teenaged survivors are "crisis actors" and the whole incident is a "false flag" being perpetrated by a shadowy cabal of "globalists."

Craig Timberg and Drew Harwell of The Washington Post published an interesting piece on Tuesday, tracking the rapid spread of these conspiracy theories through 8chan, YouTube, social media and sites like Infowars, arguing "the episode became the latest cautionary tale about how the Internet itself had become a potent tool of deception wielded by political extremists, disinformation warriors and conspiracy theorists."

It's all very true, but what their analysis fails to take into account is how these conspiracy theorists are empowered by more mainstream conservative figures, those who are on TV, radio and published in traditional newspapers — and by the president himself. The internet may be teeming with lurid claims, but conservatives working for media outlets that supposedly have vetting processes have developed a habit of hinting at conspiracy theories and winking at their proponents, a process which helps validate and perpetuate those conspiracy theories.

The Parkland shooting conspiracy theory machine is a crystalline example of this process. While pundits on Fox and CNN weren't about to utter the words "crisis actors," they got busy validating the idea that the young people on TV talking about their experience with gun violence were insincerely parroting lines written by others — which is to say, accusing them of being a kind of crisis actor. And while TV pundits won't quite say that the whole thing is a "false flag," they did wink at the idea that there is something not quite real about the shooting. And while you absolutely will never hear conservatives in more mainstream spaces outright claim an international conspiracy of Jews is running the whole thing, they will hint at this idea by invoking the name "George Soros" or dropping the word "globalist."

The NRA has heavily been pushing the line, spoken most memorably by Dana Loesch at CPAC, that "many in legacy media love mass shootings." It's a bit of a non sequitur on its surface — unless the implication is that the media is somehow deliberately taking action to cause mass shootings. Which is why this line should be read as a wink at the 8chan crowd's claim that mass shootings are staged for the cameras — and that they may not even be real.

The irony here is that it's the NRA that takes actions that directly lead to mass shootings, by lobbying against measures that would make it harder for mass shooters to get guns. But projecting your own sins onto your opponents is a big part of conspiracy theory culture. It's why Donald Trump — who lies regularly about his own skills, talents and even bank account — was so obsessed with conspiracy theories accusing Barack Obama of being a phony.

Perhaps the most pernicious way that mainstream conservatives validated the slimy online masses was with the "crisis actor" accusation against the Parkland students. They don't call them crisis actors, of course, but they routinely hint that the kids are being controlled by others, such as when Bill O'Reilly said, "So if the media has to use kids to do that, they’ll use kids," or Jack Kingston on CNN hinting that the kids are being paid to lobby.

Tucker Carlson also put some spin on this conspiracy theory, saying, "the allegation has been that they are in some way in contact with organized anti-gun groups." Again, a non sequitur on its surface. If the kids want to become activists, the smart and well-worn path is to contact existing groups for help organizing. (The right, for instance, would never balk at kids joining the College Republicans.) But this isn't a non sequitur if Carlson's winking at the idea that the kids are insincere and being manipulated or paid to fake their views.

This whole notion that the kids' testimony is somehow fake turns out to be another form of right wing projection. Last week, a pro-gun Parkland survivor accused CNN of scripting the questions from kids in their well-received town hall. His father, Glenn Haab, provided emails he claimed were evidence of this scripting. Swiftly it was revealed that Haab had doctored the emails. So the only people here manipulating testimony of survivors for political ends are on the right.

Haab's little stunt fed right into this ecosystem where lurid conspiracy theories about "crisis actors" get cooked up on 8chan, cleaned up by mainstream conservatives, and validated with winks and elbow digs in mainstream media. And, of course, Trump is right in the middle of it, touting any conspiracy theory he likes that he thinks makes him look good.

It's easy to blame Trump for this, due to his long-standing enthusiasm for conspiracy theories. But the truth of the matter is that mainstream conservative punditry has been playing at this game for a long time now. The only reason that Trump even became a political figure is that news shows, both conservative ones on Fox and mainstream ones on places like NBC and CNN, would allow Trump on air to suggest there are "questions" about Obama's birth certificate or his college transcripts. If these media outlets had behaved responsibly, refusing Trump a spot on camera the second he started mainstreaming toxic lies such as these, he almost certainly would never had become president.