How to let girls take the lead in activism

For some young girls, "the future" isn't soon enough for change 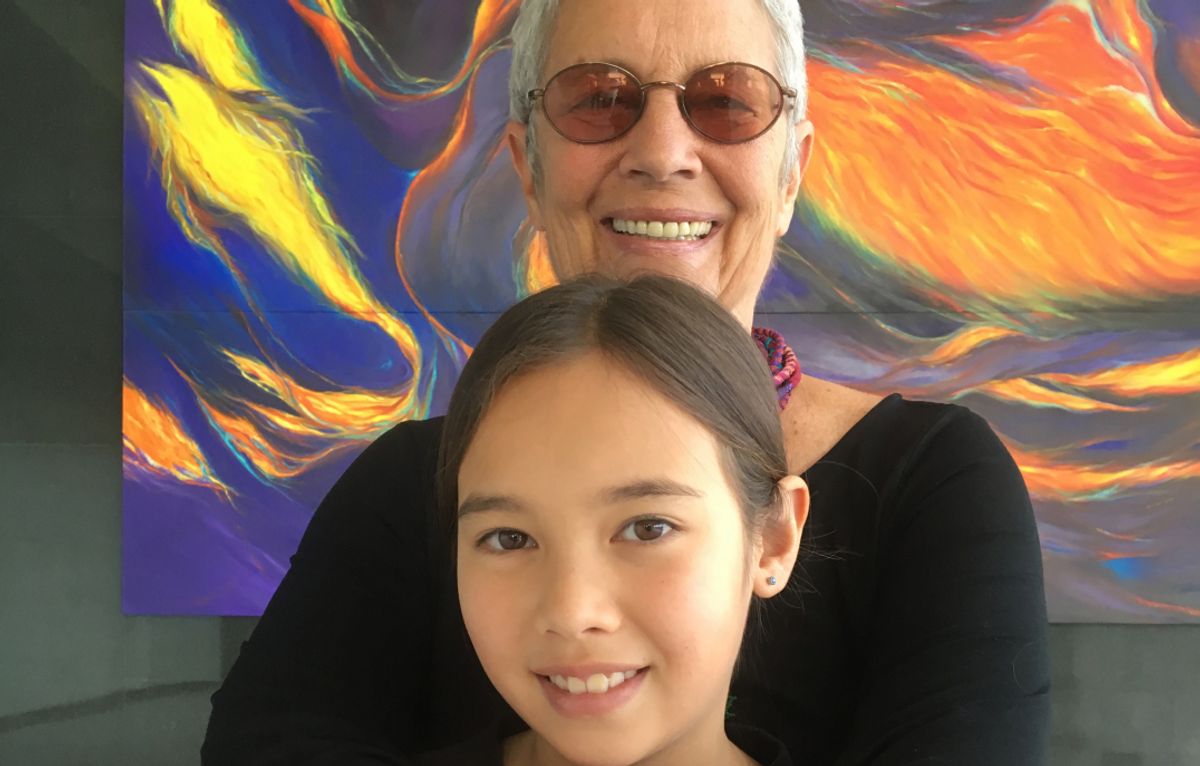 This January, Oprah Winfrey stood on the stage of the Golden Globes as she accepted her Cecil B. DeMille Lifetime Achievement Award and addressed all the girls watching: “...know that a new day is on the horizon!” Winfrey declared. “And when that new day finally dawns, it will be because of a lot of magnificent women, many of whom are right here in this room tonight, and some pretty phenomenal men, fighting hard to make sure that they become the leaders who take us to the time when nobody ever has to say ‘Me too’ again.”

It’s a wonderful promise, but for some young girls, “on the horizon” isn’t soon enough.

“The future is now.” Alex Sangster, my latest guest on "Inflection Point" told me. She’s the co-author of "Wonder Girls: Changing Our World," a book documenting the work of 15 girl-led nonprofit groups in 13 countries. “We are what's the future. And if we are the future then we are supposed to be creating change now.”

Have I mentioned that Sangster is twelve years old?

She and her grandmother, accomplished photojournalist Paola Gianturco, partnered to interview and photograph more than 100 girls, ages 10-18, who aren’t waiting for a new day to begin their activism: They are rolling up their sleeves and ushering in that new day right now.

These girls are taking on issues like sex trafficking, child marriage, girls’ access to education and feminine hygiene products, and poverty. One girl in the book even told Paola the story of a time she went undercover.

“I said ‘Do you consider yourself an activist?’” Paola told me in our interview. “She was 15 and she said ‘yes.’ And I said ‘Well tell me something that you're proud of having accomplished.’ And she said ‘last week I led a sting operation against a sex trafficking ring from Dubai.’”

Most girls in the United States aren’t even aware sex trafficking exists. Alex told me that before working on "Wonder Girls," that “I might have heard of some of these issues. Thought about them briefly and then just gone back to my normal day.”

“But now that I've actually met some of the people who face these issues every day I've made personal connections with them and I've humanized some of the most major issues that girls are facing around the world,” she said.

And their activism, Alex told me, inspired the activist in her, too.

“My perspective has definitely changed,” she said. “I want to do everything in my power to help their causes. I can't exactly buy them a house, but I can sign a petition. I can donate time and I can bring awareness of their needs so other people with more resources — AKA money — can get involved also.”

As a mother, my first instinct is to protect my girls from the harsher realities and hardships of the world for as long as I can, so they can have a happy, magical childhood free of existential fear. But after hearing Alex’s story, I wonder: when we work so hard to preserve what we see as the innocence of childhood, are we actually holding our kids back from the courageous work they can be doing in this world?

Listen to my conversation with Paola Gianturco and Alex Sangster, co-authors of "Wonder Girls," about what it looks like when we let girls lead on "Inflection Point," found on Apple Podcasts, RadioPublic, Stitcher and NPROne.