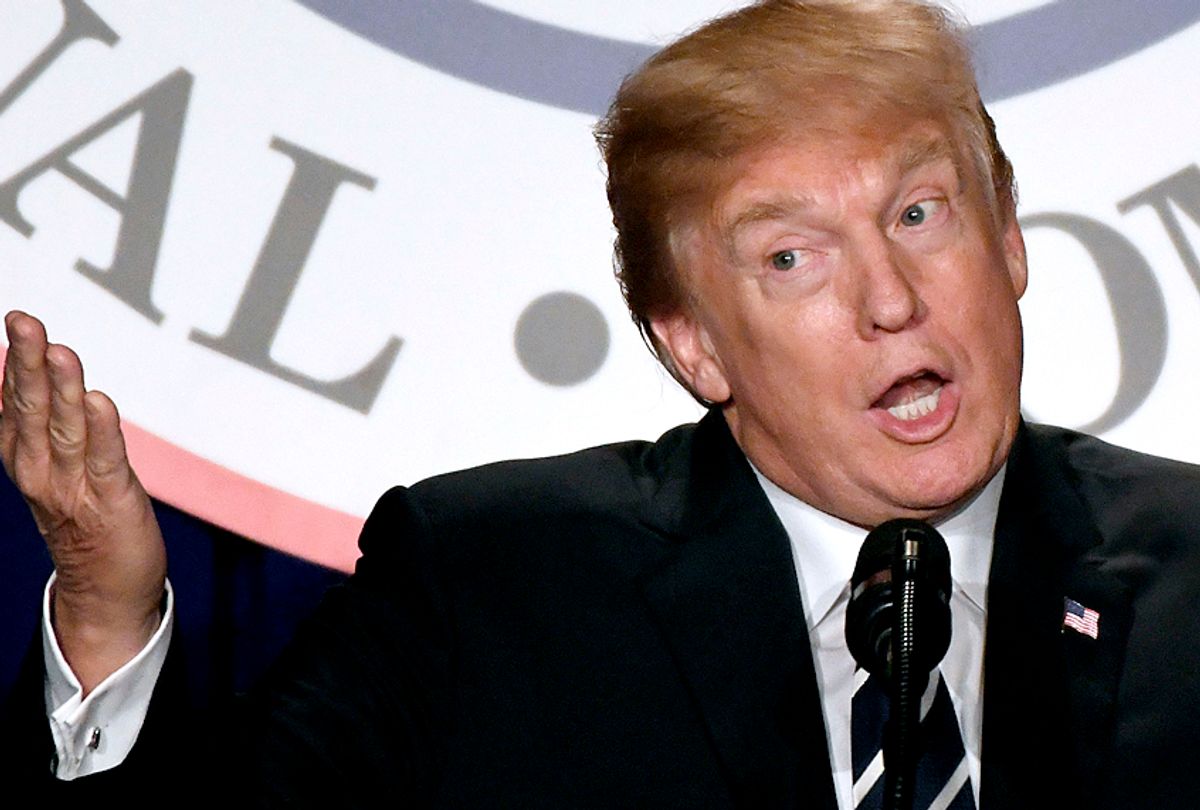 Most Americans — 57 percent — say that Trump is a racist, according to a new poll from the Associated Press. Among racial minority groups, that number is even higher.

Eight out of 10 black Americans say the president is a racist, and three-quarters of Hispanics agree. Only 47 percent of white people say Trump is racist.

This means that even many of the people who aren't willing to say Trump is racist recognize that he is doing a bad job navigating racial politics in the United States.

The responses aren't surprising given the president's history.

This is the same man who praised "some" white supremacist marchers as "very fine people." Trump reportedly referred to Haiti and African nations as "shithole countries." His entrance into the modern political scene featured the promotion of a racist conspiracy theory about the first black president's national origin. Trump opened his campaign in 2015 by calling Mexican immigrants "rapists."

As president, Trump has backed policies that rely on racist stereotypes.

The push for work requirements for people on Medicaid is built on raciststereotypes about people of colors who profit from government programs. Trump's push for "merit-based immigration" appears to be a thinly-veiled attempt to reduce the immigration rate and keep certain "types" of newcomers out. And his obsession with Muslim terrorists, while largely ignoring crimes committed by white supremacists, is a clear indicator of racist prejudice.

The conclusion that Trump is a racist is almost impossible to deny, and the latest data demonstrates that America is paying attention.