Why deporting the "Dreamers" is immoral 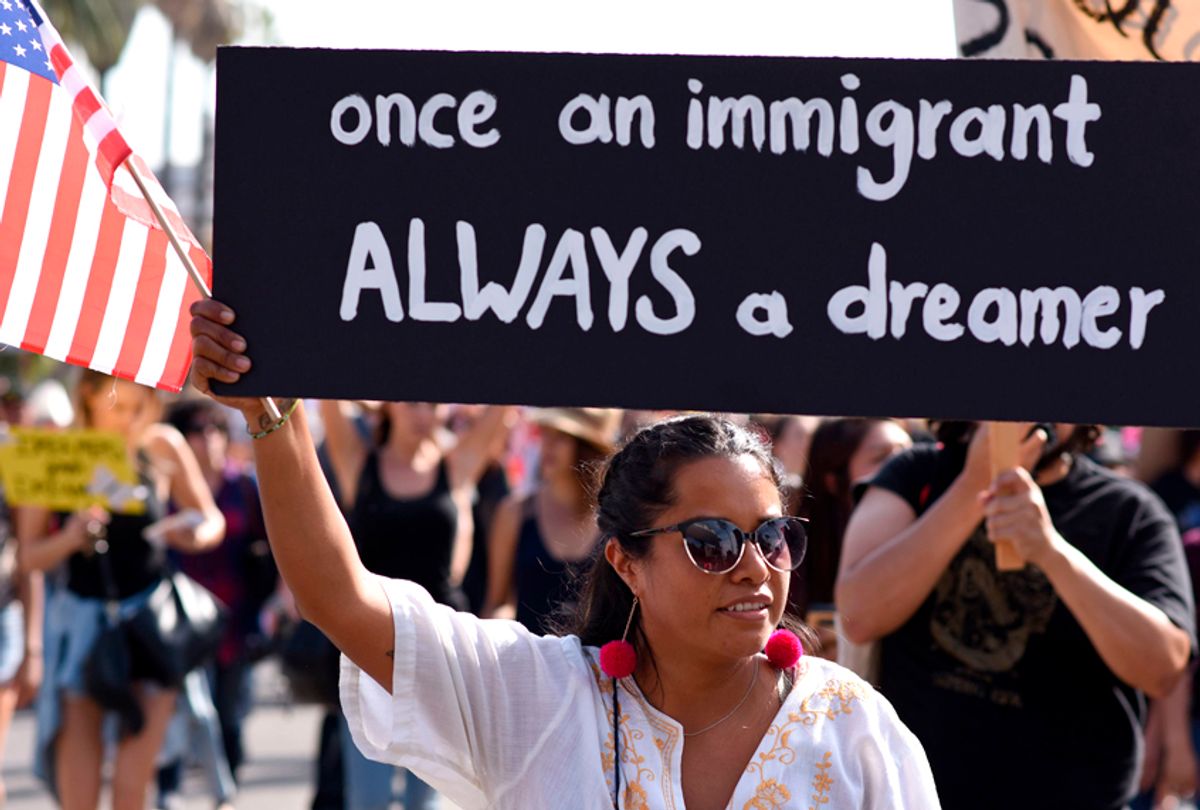 On Feb. 26, the U.S. Supreme Court refused to review a federal judge’s order that the Trump administration continue the Deferred Action for Childhood Arrivals program.

It was back in September 2017 that President Donald Trump and Attorney General Jeff Sessions announced the end of the Obama-era program that shields hundreds of thousands of undocumented immigrants brought to the United States as children. Sessions argued that this program rewarded those who disobeyed the laws of the United States. The United States has an obligation to “end the lawlessness” of DACA, he argued, by winding down the program and, at the same time, making a case for the deportation of the “Dreamers” or those previously protected by DACA.

For now, the Supreme Court’s refusal to hear the case leaves the program in place.

As a scholar, who has tried to understand how morality should be applied to politics and law, I do not agree with Sessions.

Can children be held morally responsible?

The laws of the United States do not, for example, let children create binding contracts. Children are not allowed to perform many actions open to adults: They cannot smoke tobacco, get tattoos, drink alcohol, drive automobiles, nor vote in federal elections. Nor are they liable to the same sorts of criminal punishments as adults.

Their degree of culpability for criminal acts is generally taken to be lower than that of adults — and some punishments, such as the death penalty, are taken off the table for children entirely.

In the case of DACA, however, deporting the Dreamers would involve subjecting people to a significant punishment. And it would do so in response to an action people took when they were children. This is exactly the sort of action the law itself regards as morally inappropriate.

One response to this argument against deportation might be to say that deportation is not, in fact, a punishment. It is simply refusing to provide a benefit — namely, the right to remain within the United States. The foreign citizen who is refused the right to migrate to the United States is inconvenienced — but that’s hardly the same as being punished. And, indeed, deportation is generally understood in law to be a “civil penalty,” rather than a punishment.

Even a civil penalty, though, is something whose imposition must be justified morally. The justices of the Supreme Court of the United States have sometimes emphasized that being expelled from one’s home involves the destruction of much of what one values. It is the destruction of all that one has built.

This fact was recognized early in the history of the American legal system. Founding father James Madison, in discussing the Alien and Sedition Acts of 1798, argued strongly against deportation. He said:

“… if a banishment of this sort, be not a punishment, and among the severest of punishments, it will be difficult to imagine a doom to which the name might be applied.”

The Supreme Court agrees. It recently reaffirmed its commitment to the thought that deportation, even if a mere penalty, is “a uniquely severe” one.

The DACA opponent might, in reply, argue that the morality of the law applies only to those people who are legitimately subject to the law. The laws of the United States might insist, in other words, that the United States has no particular obligations to those people who have entered into the political community, defined by its jurisdictional limits, without any right.

Here, too, the law of the United States disagrees.

The mere fact of being found within the United States — whether rightfully or not — provides one with significant rights under the Constitution. The law itself gives the undocumented legal rights to bring claims in vindication of their constitutional rights.

Undocumented children, for instance, have a constitutional right to be provided with public schooling. The Supreme Court, in defending this principle, argued that all people within the state’s jurisdiction — “even aliens whose presence in this country is unlawful” — are guaranteed due process under the law.

Yes, nothing in the law requires the opening of all borders. And it is true that the United States does not have an obligation to provide the right to enter or stay in the country to all who might desire that right.

However, the Dreamers are not like other people. The simple fact of where they are now provides them with constitutional standing denied to outsiders.

And, as emphasized earlier, whatever wrong they might have done in crossing into the United States, they did as children. The revocation of DACA, however, would announce that they are rightly subjected to a significant — indeed, a devastating — punishment, in virtue of an act committed in childhood.

Law is not the same as morality. But morality can sometimes look to law, in determining where its deliberations might begin. If the deportation of the DACA recipients would violate the moral principles that underlie the American legal system, there is at least some reason to think that such deportation is morally wrong.

Contrary to Jeff Sessions, I believe that the United States would not respect the law best by deporting the Dreamers. It would respect it best by living up to the moral ideals that make the law worth following.