"Frontline" and "#MeToo, Now What?": A different kind of Oscar retrospective 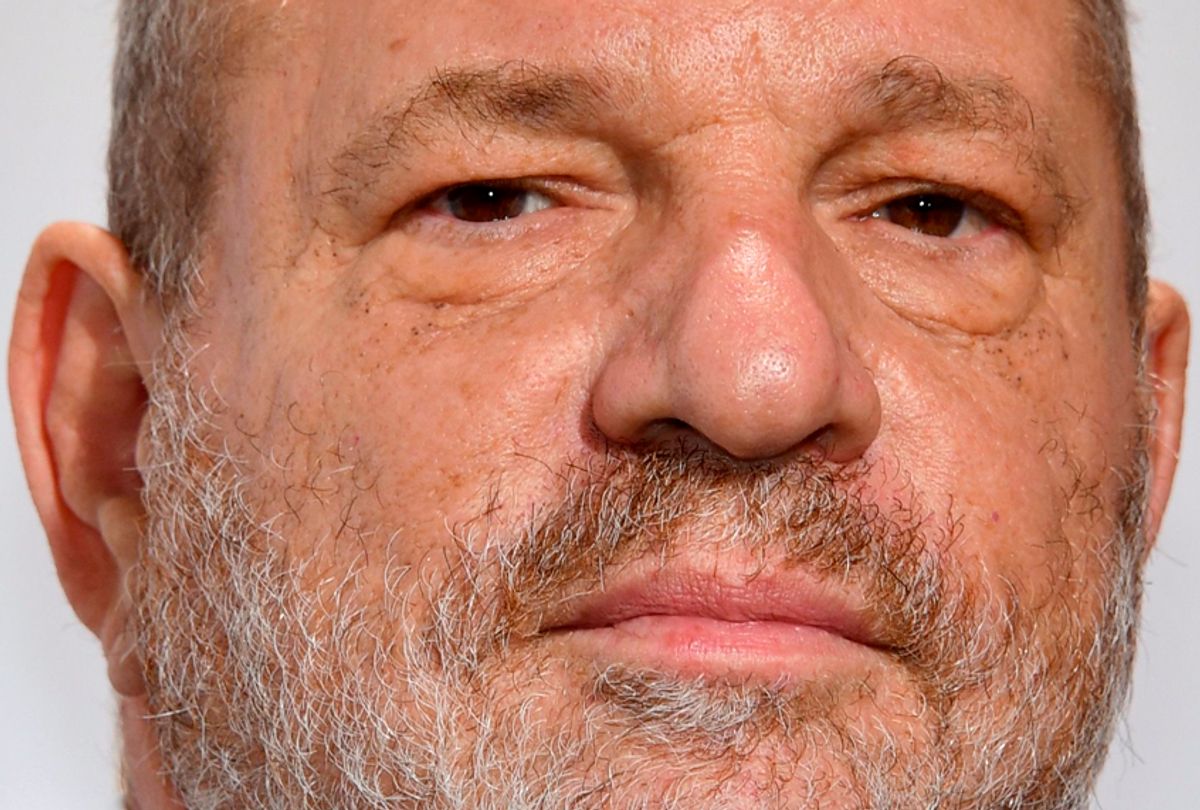 Leave it to PBS to remind us of all the ways that Sunday night’s Oscars ceremony is bound to feel . . . off.

If you’ve been paying attention, there’s no need to explain why that is. The hashtags sum it up well enough: #MeToo. #TimesUp. Oscar host Jimmy Kimmel plans to acknowledge the movements in his opening monologue. If the red carpet interviews go the way of the Golden Globes, female celebrities will warm up the audience on this front but most male celebrities won’t.

And lest we forget, it all started with a name that might as well be Hollywood’s version of Voldemort: Harvey Weinstein.

Few have forgotten him, despite the extensive coverage of all the other actors whose names have joined his on Hollywood’s unofficial but very real blacklist of sexual predators. What merits examining as we head into Hollywood’s annual night of self-congratulation are the many ways the industry putting itself on parade Sunday night enabled Weinstein’s crimes for decades.

Some of the very people swanning down the 90th Academy Awards red carpet benefited greatly from remaining silent about the disgraced mogul’s deplorable abuses. Even some who choose to skip playing the “what are you wearing” game with Ryan Seacrest, the subject of a recent a Variety story detailing a former stylist’s allegations of sexual misconduct, had their careers impacted by his behavior in some fashion.

Reminding us of all this is “Weinstein,” a special episode of “Frontline” debuting Friday at 9 p.m. ET on member stations (check your local listings). Weinstein will not be present at the Oscars on Sunday, of course. He was ousted from the Academy of Motion Picture Arts and Sciences (AMPAS) not long after the New York Times published its damning exposé in October 2017. But his specter looms large over the industry even now.

“Frontline” explains why that is by retracing the many steps of those who reported the original story as well as all the others that followed, in addition to featuring accounts from reporters who attempted to take down the mammoth in past years only to have their efforts quashed.

The similar accounts of the nearly 100 women who accused Weinstein of sexual impropriety have circulated frequently enough over the past five months for many to know them by heart — the odd invitations to private screenings, the calls to hotel rooms under the auspices of work meetings only to be blindsided by the sight of Weinstein appearing in a bathrobe and demanding a massage.

“Frontline” scores interviews with a number of Weinstein’s prominent accusers, but it also features a new accuser who worked on Weinstein’s first movie, the 1981 slasher film “The Burning,” and she speaks out for the first time. Weinstein himself declined to be interviewed — that would be the get of the year at this point — but his legal team sent point-by-point rebuttals to nearly every accuser's account, dutifully and dispassionately read by episode narrator Will Lyman.

“Weinstein” also coaxes the first interviews from one-time members of the producer’s inner circle, including his former assistant Zelda Perkins, a former Miramax executive who worked with him before the company was sold to Disney, as well as a former Weinstein Company executive.

Presumably neither of those men has much to lose now. The women featured here and elsewhere have already been robbed of unknown amounts of work opportunities, to say nothing of their reputations and dignity. Included in that number are once-promising actresses and models viewers may never have heard of and a few famous names, notably Sean Young. “I was set to have a very big career,” she says. “But I upset a few important men, and the trajectory of my career went —” she pauses, allowing her hands to tell the rest of the story, veering up and down in imitation of a sine wave that plummets into nothingness.

Airing this “Frontline” less than 48 hours before the Oscars throws some necessary salt at the most image-conscious live telecasts on broadcast television, and such a debut could not have been better timed.

But the utility of this “Frontline” episode extends beyond placing established facts in context. Weinstein’s downfall set off a discussion that’s still evolving five months into this movement, sparking intense discussions about the nature of consent, cultural concepts of masculinity and power, and what role apology and reconciliation play in moving forward.

That last part of the debate has proven especially thorny. Long before #MeToo, there were culturewide issues with men inadequately apologizing for all kinds of misconduct, but the post-Weinstein era thrust that problem into the klieg lights.

As the industry’s predator list grew, those hollow sorry-not-sorrys flopped one on top of the other; gazing upon that mountain is a stultifying experience. “Weinstein” shows this in evidence while not explicitly calling it out; Weinstein’s former subordinates, without qualification, say that they knew these abuses and assaults were happening and turned a blind eye.  They had reasons: they wanted to hold on to power. One said, more than once, that this was part of the deal he made with the devil.

On a related note, Friday also marks the conclusion of the PBS special series “#MeToo, Now What?,” which airs in some markets at 8:30 p.m. ET (check your local schedule) but also is available to be streamed online at PBS.org.

Each of its half-hour episodes features a roundtable discussion related to the #MeToo movement, but the one that gets to the heart of the insufficient mea culpa problem is the second episode, in which host Zainab Salbi interviews Devin Faraci. Faraci is a previously prominent film critic and editor whose career with Alamo Drafthouse ended in late 2016 following sexual assault allegations lodged by a woman named Caroline. Well, it ended temporarily; the company quietly hired him back until that came out in 2017 and he offered his resignation.

In that episode Salbi speaks to Faraci’s accuser and Faraci himself, separately. What’s interesting about his part of the conversation is Faraci’s long discussion about how the accusation has impacted his life — the shame he’s felt, how hard his life has been, and how recovery has saved his life. Salbi asks Faraci how much he thought about Caroline’s pain, and he admits that he thought about the pain she had to feel and calls it a double violation.

He’s filled that hole him himself, he says in the episode. And this week, the media discovered Faraci’s attempt at a comeback to criticism via a new website. Styled a blog that examines the “points where pop culture and spiritual principles meet,” Faraci mentions his newfound embrace of Therevada Buddhism on his About page, where, until recently, he only mentioned that in 2016 he had “hit rock bottom.” He has since added the words “when a woman accused me of groping her in 2003.” Not that he did it, but that he was accused of it. He accepts this. He’s been rehabilitated by spirituality.

America is the land of the clean slate, after all. Hollywood has a thousand films anchored in that idea. Many of the people who make the town what it is have built mansions and retreats out of that rock.

The existence of the “Frontline” episode and “#MeToo, Now What?” serve as reminders of what that dream factory has long been made of, and perhaps make a person keener to see how often and well its most famous keepers acknowledge what continues to be wrong.  That said, awards ceremonies in particular have a tendency to treat the causes of the day like rented diamonds or borrowed clutches; they serve their purpose for a short time, only to be shelved again and, perhaps, forgotten.

A final image of Weinstein in “Frontline” proves that one man is counting on that fact never going out of fashion. “I gotta get help, OK?” he yells to the paparazzi camped out by a black SUV. “You know what? We all make mistakes. Second chance, I hope,” he says before jumping inside. It’s unclear whether he owns that vehicle, or if it’s merely for hire.