Trump's recent mental health pledge should have us all worried 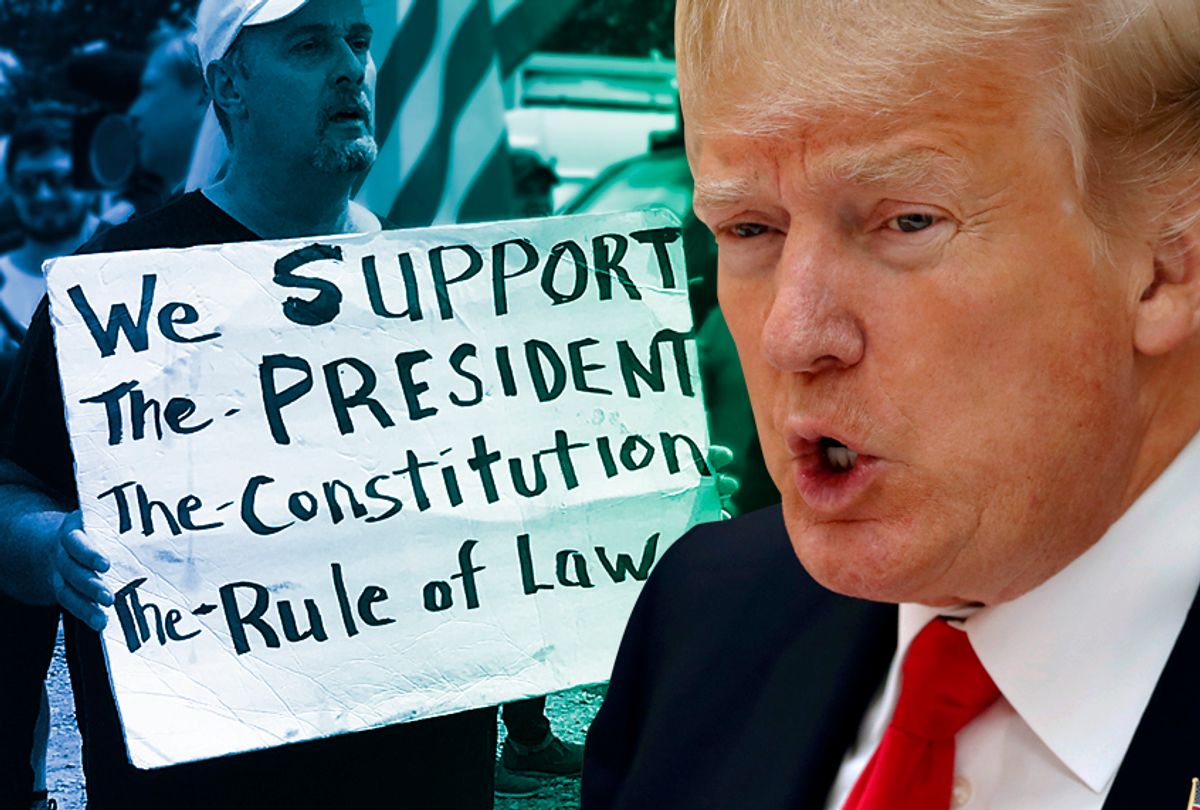 Nearly every single time there is a mass shooting in the United States (an estimated 34 have already happened in 2018, according to the Gun Violence Archive), American politicians perform an almost rehearsed and mind-numbing script of condemnations, calls-to-action, and rhetorical squabbles for and against gun control legislation in the country. One of those points, from the pro-gun school of thought, is a flawed one that blames mental health issues for mass shootings. The same contention emerged after the recent Parkland, Florida, shooting when Donald Trump’s administration said that it was “actively” considering the expansion of mental health care initiatives to curb similar violence. But Trump’s mental health care pledge against gun violenceis deeply riddled with hypocrisy.

On Monday, the president said he was looking at Medicaid funds to do the difficult job of addressing mental health needs in the country — but his 2018 budget heavily slashes funding to Medicaid. The mental health treatment system in the United States is already poorly funded and systematically neglected, to say the least. According to the Medicaid and CHIP Payment and Access Commission, Medicaid is the main (and struggling) provider of behavioral health programs in the country, especially for poor people. With Trump’s consistent attacks on Medicaid, it’s hard to believe the president when he says he wants to address the “difficult” issue of mental health in the country.

In his first year in office, Trump has already taken harmful measures that have made it easier for people with mental illnesses and criminal records to obtain guns. For instance, in February 2017, the president signed a bill that rolled back a critical regulation stipulated under Barack Obama's presidency that restricted gun access for people with mental health issues. Not only that, but Trump also lowered the bar for “fugitives” seeking access to firearms and cleared thousands of names from the federal background check database. Plus, Trump also proposed the idea to deprive the National Criminal Records History Improvement Program of funding worth millions of dollars, which would help with background checks in the United States.

If Trump is indeed so concerned about the well-being of people with mental health problems, the question has to be asked: Why did his federal budget slash an estimated 26 percent of federal funds to behavioral programs? The Center on Budget and Policy Priorities studied Trump’s 2018 budget and wrote that Trump's budget “would cut another five of the grants, including a 40 percent reduction in core funding for job training and a 26 percent cut for community mental health services.”

His call for increased mental health programs, however insincere, almost sounds like a noble pursuit until one recalls that Trump’s hyper-focus on mental health is neither new nor well-intended. It’s merely a rehashed and regurgitated conservative position that says people kill others because they are 'crazy' and mentally ill — not because lax laws in the United States offer extremely convenient access to semiautomatic firearms. While speaking in front of governors about potential funding, Trump also suggested that the country could return to the arcane days when mentally unfit patients were thrown into clinics. (Think of the 1950s and films like "One Flew Over the Cuckoo’s Nest.") “In the old days, you would put him into a mental institution,” Trump said, presumably speaking of the Parkland shooter Nikolas Cruz. "We're going to have to start talking about mental institutions . . . we have nothing between a prison and leaving him at his house, which we can't do anymore."

In a country where mental health problems are debilitatingly stigmatized and people with mental health issues are regularly discriminated against, Trump’s comments on the subject are not only duplicitous but dangerous. They’re so baseless that the American Psychological Association has already warned against blaming mental health for mass shootings. If Trump wants to take advantage of the conservative position that uses mental health as a scapegoat and ignores the fact that accessibility — not 'crazy' people — is an issue, his budget should reflect that concern through robust Medicaid funding, better social programs that help patients with mental health problems, and more wholesome communal initiatives that don’t confine troubled individuals to the isolating margins of society. Otherwise it’s simply hypocritical, spineless talk.