The ignored war within: America's addiction to violence starts young

By the time an average American child finishes elementary school, they have seen 8,000 murders on television 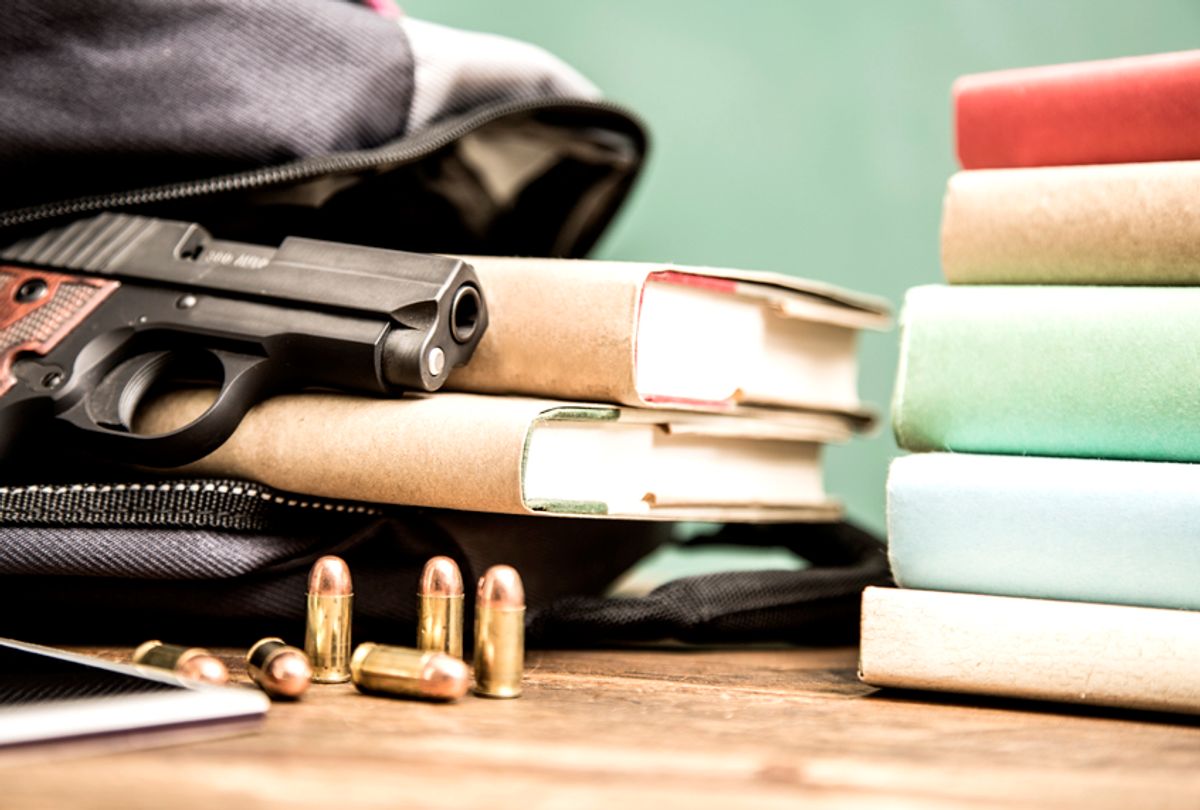 What we owe the 17 victims of the Marjory Stoneman Douglas High School mass shooting and their families is the courage to examine these tragic events without resting on the cushy comfort of our reflexive partisan divide. It would be better if we pretended to be objectively-engaged anthropologists from another planet, viewing for the first time our uniquely American lust for guns and violence.

Almost 20 years into the start of the 21st century, we are prisoners of our blindness to the erosion of our families, communities and democratic institutions that are all part of the great unraveling — of which gun violence is just one manifestation.

Thanks to social media, we often have a vague foreshadowing of mass shooting events, but we lack the real, interpersonal relationship skills or social proximity to be able to intervene in time enough to make a difference.

So we are condemned to watch this gore play out over and over, as if in a living nightmare from which we cannot awake. Our corporate news media flattery machine enables our pathological compartmentalizing. We can dump our steady stream of bloody tragedies into different buckets, keeping us merely hapless victims of a world gone mad, with terrorists lurking behind every corner, but missing the murderer within.

Consider that we have borrowed trillions to fight an ever-expanding global war on terrorism that proliferates violence abroad, even as we ignore our own domestic violent and bloody war on each other. The misalignment of risk assessment is fed by our president, who paints immigrants and refugees as an existential threat, obscuring the clear and present danger we pose to ourselves.

As a consequence, we can’t get the appropriate focus on issues like the lack of available community mental-health resources, much less a debate about whether we should have such a laissez-faire attitude about the mass marketing of assault weapons.

As a Cato Institute study points out, between 1975 and the end of 2015, including the mind-numbing death toll from the 9/11 attacks, “the chance of an American perishing in a terrorist attack on U.S. soil that was committed by a foreigner over the 41-year period studied … [was] 1 in 3.6 million per year.” That’s pretty rare.

The analysis continues. “For instance, the chance of an American being murdered in a terrorist attack caused by a refugee is 1 in 3.64 billion per year, while the chance of being murdered in an attack committed by an illegal immigrant is an astronomical 1 in 10.9 billion per year.” So: significantly more unlikely to occur when the foreigner is a refugee or undocumented immigrant.

This “Americans-as-victims” mantra prevents us from seeing that, compared to other similarly-situated nations, we are an anomaly when it comes to resorting to gun violence — whether to take one’s own life or the lives of others. In fact, two-thirds of America’s gun deaths are suicides.

The Ignored War Within

Consider that since 1968, nearly 1.4 million Americans have been killed by guns — as compared to a total of 1.17 million Americans killed in every war this nation has fought since its founding — and you get a sense of the scale of our self-inflicted carnage.

‘This level of violence makes the United States an extreme outlier when measured against the experience of other advanced countries,” as the New York Times reported in 2016. “Around the world, those countries have substantially lower rates of deaths from gun homicide. In Germany, being murdered with a gun” is as unlikely as “being killed by a falling object in the United States. … In Japan, where gun homicides are even rarer, the likelihood of dying this way is about the same as an American’s chance of being killed by lightning — roughly one in 10 million.”

In 2015, the Washington Post reported that for “the first time in more than  60 years, firearms and automobiles are killing Americans at an identical rate,” according to mortality data from the Centers for Disease Control and Prevention. “The convergence of the trend lines above is driven primarily by a sharp drop in the rate of motor vehicle fatalities since 1950. … Over the same period, gun deaths rose, but by a considerably smaller amount. … For men 15 to 29, they are the third-leading cause of death, after accidents and suicides.  In other high-income countries, gun homicides are unusual events.”

Broken politics and the NRA’s “largesse”

Much has been written about the multiple failures to act, by local, state and federal law enforcement agencies, when detailed tips were provided about the 19-year-old Parkland shooter. Were these failures caused by disconnects, oversights, lack of resources or negligence?

Even now,  just how many federal agents are busy trying to nail down the Trump-Russia octopus? Between being on the lookout for the next “refugee-terrorist” and minding the army of corrupt professional politicians, it’s impressive that FBI field agents can answer their phones at all.

In what has become a kind of transactional kleptocracy,  the power of the NRA’s campaign-donation largesse has prevented meaningful gun control at the local, state and national levels for at least a generation.

It’s not just our politics that are badly broken but our popular culture too, which has us pickled in violence, both as entertainment and as a reasonable redress of wrongs.

Long after seeing Colin Firth in "Kingsman: The Secret Service," I still get nauseated by recalling the four-minute scene in which Firth, playing the hero, is involved in a gruesome killing spree in a church where he murders at least 40 people, including one man he stabs in the eyeball after crushing his windpipe with a bible.

According to Dr. Norman Herr from California State University, Northridge, by the time an average American child finishes elementary school, he or she has seen 8,000 murders on television  By the time that child is 18, he or she has viewed 200,000 violent acts.

“Violence feeds on corporate-controlled dis-imagination machines that celebrate it as a sport while upping the pleasure quotient for the public,” writes Henry A. Giroux, one of Canada’s leading public intellectuals and a professor at McMaster University. “Americans do not merely engage in violence, they are also entertained by it. This kind of toxic irrationality and lure of violence is mimicked in America’s aggressive foreign policy, in the sanctioning of state torture, and in the gruesome killings of civilians by drones.”

Over time, the dangerous pathology here is that, with our consciousness continuously bathed in bloody and violent images — real or virtual — they just become part of our collective background noise.