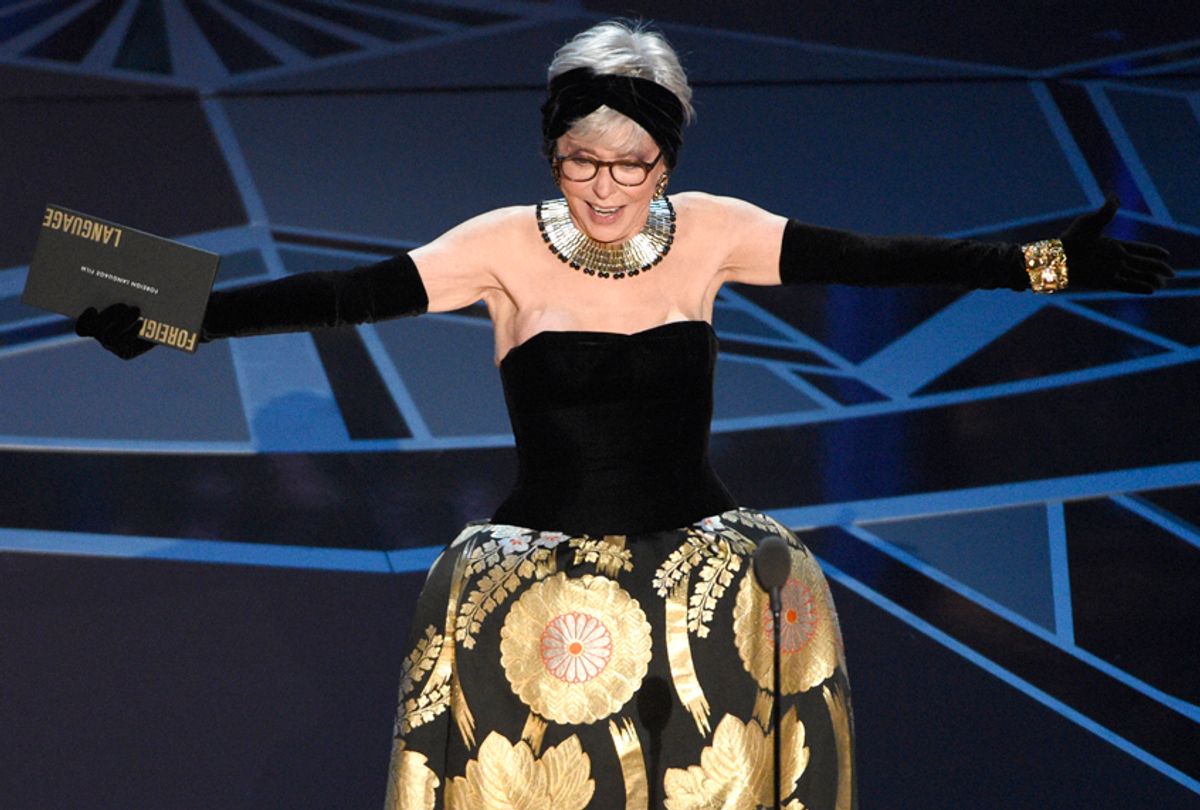 Rita Moreno wants to do the time warp.

The "One Day at a Time" actress signaled her style has remained consistent throughout the years on Sunday night when she arrived on the Oscars red carpet in the same dress she wore to the event in 1962.

The legendary actress first donned the black and gold gown when she won the best supporting actress Oscar for her role in the musical film "West Side Story."

Moreno, who was a presenter at the 90th Annual Academy Awards, told E!'s Ryan Seacrest that the skirt was made from a obi sash from the Philippines. Obi sashes are traditional material used to make Japanese kimonos.

"I would think that it would tarnish," Moreno said of the dress' long life-span. "It's been hanging in my closet."

The 86-year-old actress is iconic — not only for fitting into a dress she wore 56 years ago —but she is just one of a dozen performers to have achieved EGOT status, having won an Emmy, a Grammy, an Oscar and a Tony.

Needless to say, Twitter was very enthusiastic about the ensemble's comeback.