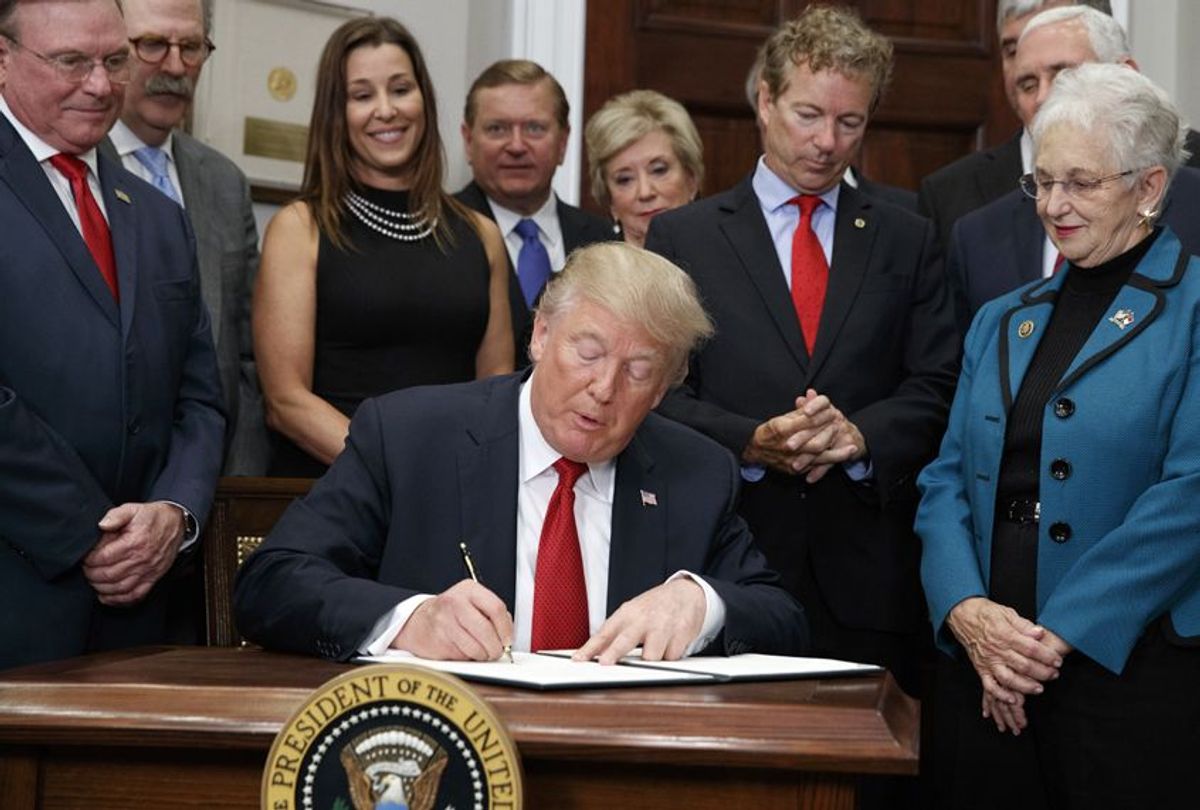 Dave Ratner, second from left, and others watch as President Donald Trump signs an executive order on health care in the Roosevelt Room of the White House, October 12, 2017. (AP/Evan Vucci)
--

Trump’s latest move to sabotage insurance for low- and moderate-income families is to try to increase the number of flimflam plans and to leave customers unfortunate enough to need medical care with huge bills.

The proposal would let companies that want to offer substandard health insurance to their workers band together on the basis of geography or what type of industry they’re in. These Association Health Plans could sidestep requirements of the Affordable Care Act that they offer essential benefits such as maternity care, substance abuse treatment and prescription drug coverage.

In 2000-2002, 144 unauthorized entities peddled health coverage to at least 15,000 employers and left at least $252 million in unpaid medical claims, according to a report by the Government Accountability Office.

Currently, an estimated 1.8 million people are covered by Association Health Plans or similar plans, but these plans largely must adhere to consumer protections from the Affordable Care Act.

A 2005 report by the Congressional Budget Office predicted that legislation that would increase the plans would require the Department of Labor to hire 150 more employees and spend $136 million over 10 years to properly oversee the plans.

A second proposal would undercut the Affordable Care Act by reversing an Obama-era decision that capped short-term plans at three months in an effort to move more Americans into Affordable Care exchanges.

Experts say the cheaper, less comprehensive plans could decimate the Affordable Care Act markets by appealing to healthy people and drawing them away from the exchange.

“This is a way for the Trump administration to push the cost of healthcare onto those with pre-existing problems,” said Linda Blumberg, a fellow with the Health Policy Center at the Urban Institute.