Frances McDormand's Oscar win was for all women 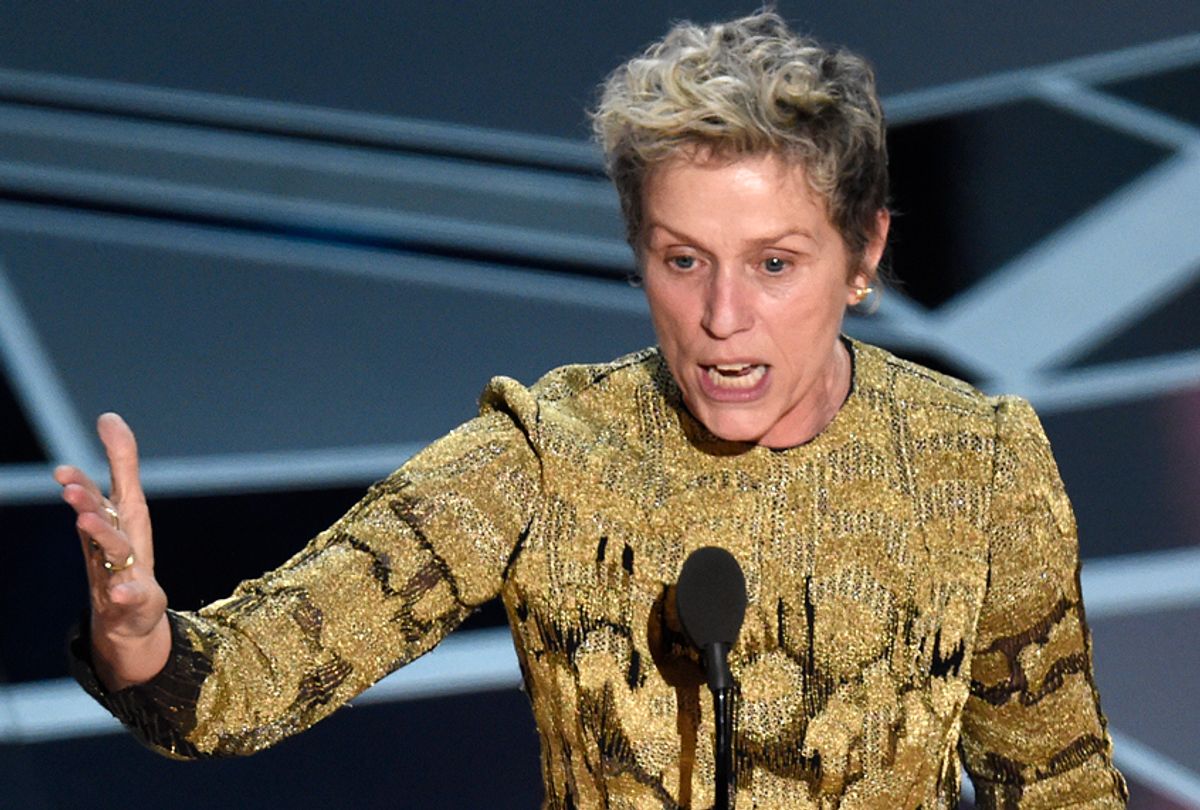 Frances McDormand accepts the award for best performance by an actress in a leading role at the Oscars on Sunday, March 4, 2018. (AP/Chris Pizzello)
--

When Frances McDormand won Best Actress at the 90th Academy Awards, she asked every women nominated, be it actress, cinematographer, director, to stand with her. "Look around, everybody . . . because we all have stories to tell and projects we need financed," she said as she gazed out into the Oscars arena. It was a culminating and collaborative moment of an evening that celebrated women in Hollywood,  even if most of those awarded were still men.

McDormand won the Oscar for her starring role in "Three Billboards Outside Ebbing, Missouri." She previously won the coveted award back in 1996 for her performance in "Fargo." McDormand seemed nervous when she began her speech. "If I fall over pick me up, because I've got some things to say," she said, her voice gaining vigor.

This moment of female empowerment followed Ashley Judd, Salma Hayek and Annabella Sciorra, three women who accused Harvey Weinstein of sexual harassment and assault. The trio spoke of #MeToo and women's power, introducing a segment that spotlighted the vitality of diversity on and behind the big screen. Director Ava Duvernay asked in the montage, "What will we remembered for?" Host Jimmy Kimmel also began the show acknowledging the sexual misconduct reckoning in Hollywood and the work of women and Time's Up.

But McDormand went beyond addressing #MeToo. She encouraged producers to back more women-led and created projects. And the Oscar-winning actress closed her speech with two words: "inclusion rider," referring to a clause in an actor's contract that mandates diversity in the film's cast and crew in order to retain them. A brave and bold statement that was warmly received by especially, all of the women in the room.