There's clearly some backstory between Hill and the ESPN legend, but she denies claim he used racial insults 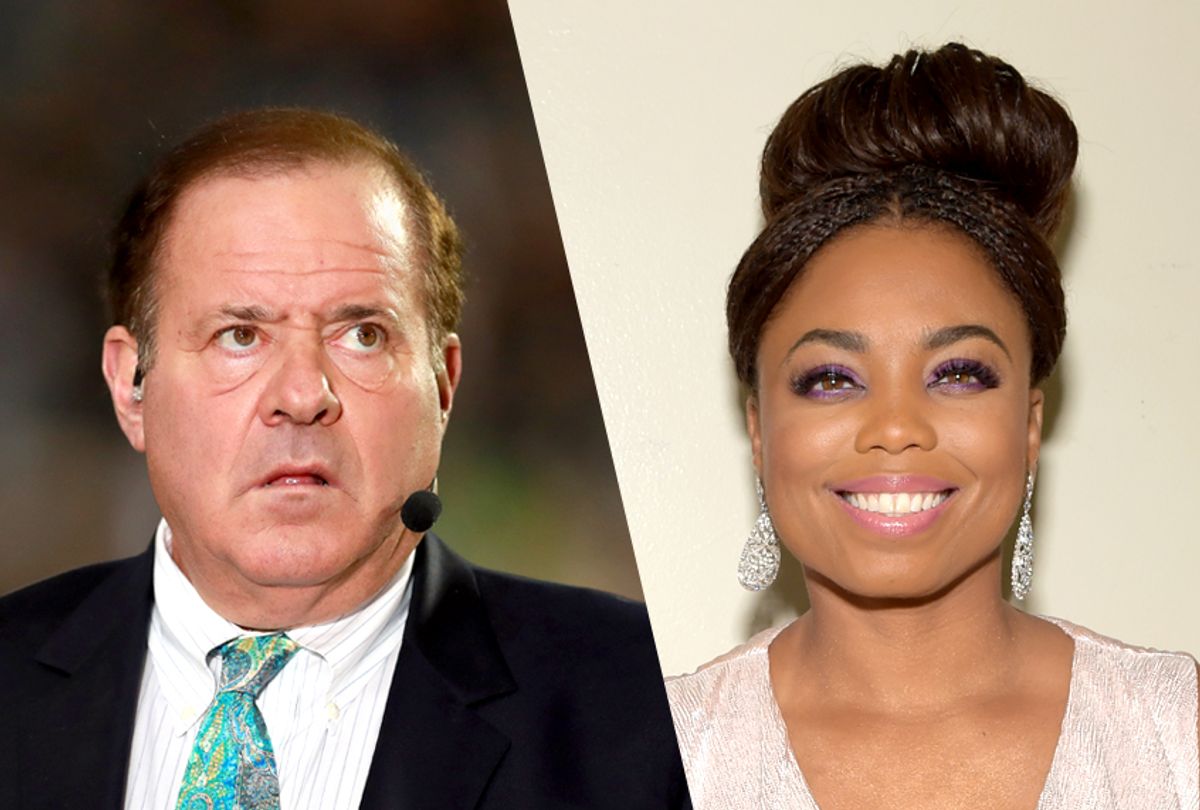 Former ESPN employee Adrienne Lawrence, who worked at the sports network as part of a two-year fellowship program, filed a lawsuit in Connecticut on Sunday claiming that the Disney-owned organization was a toxic environment for working women.

According to numerous sources, Lawrence’s 84-page report alleges a workplace rife with pornography, unwanted sexual advances and male employees who kept "scorecards" on their female co-workers. Lawrence's claim also alleged that legendary sportscaster Chris Berman, who has been with ESPN since its launch in 1979, left a racially disparaging message on the voicemail of former host Jemele Hill.

The Berman-Hill mention was no more than a passing reference in Lawrence's suit, which primarily discussed alleged behavior by other current and former ESPN employees, including John Buccigross, Jonathan Coachman and Bomani Jones. But the Berman allegation has drawn widespread media attention because of Hill's troubled history with ESPN, which suspended her after she posted a tweet describing President Trump as a “white supremacist who has largely surrounded himself w/ other white supremacists."

Hill released a statement on Twitter that largely rejected the claims made by Lawrence, while acknowledging that she'd had an unexplained "personal conflict" with Berman.

Since Hill's Trump-related suspension, she has stepped down from hosting duties at the network's flagship sports-news program, "SportsCenter," to work for ESPN’s race and culture website, The Undefeated.

Whatever incident Lawrence is describing between Hill and Berman remains unclear, but Hill evidently wants no part of Lawrence's lawsuit, whose claims have been broadly rejected by ESPN. “We conducted a thorough investigation of the claims Adrienne Lawrence surfaced to ESPN and they are entirely without merit,” the network's representatives wrote in a prepared statement.

“Ms. Lawrence was hired into a two-year talent development program and was told that her contract would not be renewed at the conclusion of the training program. At that same time, ESPN also told 100 other talent with substantially more experience, that their contracts would not be renewed. The company will vigorously defend its position and we are confident we will prevail in court.”