Is the Fyre Festival over? Organizer pleads guilty to fraud

"I lied to investors," organizer Billy McFarland admitted as he pleaded guilty to wire fraud in federal court 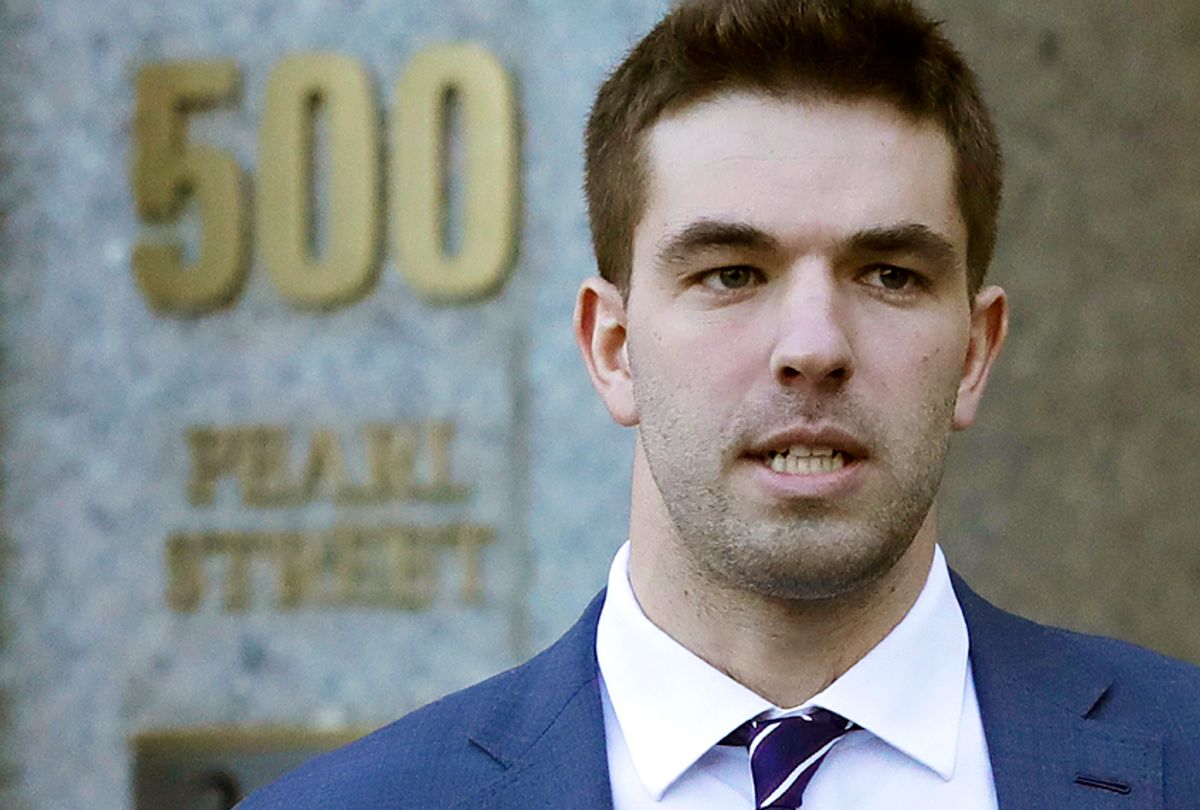 Billy McFarland, the organizer behind last year's disastrous Fyre musical festival, pleaded guilty Tuesday afternoon in federal court to two counts of wire fraud. According to prosecutors, investors were left with a staggering $26 million in losses.

"He told the judge . . . that he had begun organizing the festival with good intentions but had 'greatly underestimated the resources' it would take," The New York Times reported. "I lied to investors about various aspects of Fyre Media and my personal finances," McFarland said, according to the Times. "I deeply regret my actions."

Fyre Festival was billed as a music festival of grandeur. McFarland said the festival would be held on a private island in the Bahamas and marketed gourmet meals, fancy suites and major music talent. It was billed as a twist on the more typical festival experience of fast-food trucks and camping at events like Bonnaroo and Coachella. McFarland, with his celebrity partner, rapper Ja Rule, called on superstar models like Kendall Jenner and Emily Ratajkowski to post on their social media accounts about the luxury festival getaway. One such V.I.P. package cost $400,000.

But last April, as the festival attempted to take place, expectations did not live up to reality. And, thanks to social media, the evidence and documentation was substantial and trended across the world. Festival goers uploaded photos of their "gourmet" food offerings — cheese and bread in foam containers served in flimsy, wet tents — and videos that showed ensuing chaos resembling "The Hunger Games," as revelers tried to retreat for home.

The "catering" (which cost extra) was a slice of untoasted bread, two slices prepackaged cheese, and a side salad. pic.twitter.com/BoKxWAMI5i

Attendees also discovered that the festival was not taking place in Fyre Cay — which the festival's website said was a private island once owned by Pablo Escobar — because it did not actually exist. Instead, it took place on a portion of the island Great Exuma, next to a Sandals resort.

Headliner Blink-182 pulled out of the festival before its scheduled appearances. ("The band’s equipment ended up stuck in customs," according to the Times.)

Federal prosecutors soon began a criminal investigation. "Charging documents filed by prosecutors said that Mr. McFarland, 26, had provided investors with false financial reports, including one that listed millions of dollars in talent-booking revenue for Fyre Media," the Times reported. "In reality, the documents said, the company had earned only about $57,000 in bookings in the year leading up to the festival." McFarland also showed investors false financial documents, with inflated personal stock, in order to retain greater investments.

But investors aren't the only ones who took a hit. Caterers and workers hired in the Bahamas say McFarland left without paying bills or wages, mounting to more than $100,000.

His sentencing is set for June 21; maximum penalties for fraud can be up to 20 years in prison.