Advocacy groups fight for your right to do magic mushrooms

You're not tripping: Psychedelic drug activists want to decriminalize magic mushrooms in Colorado and California 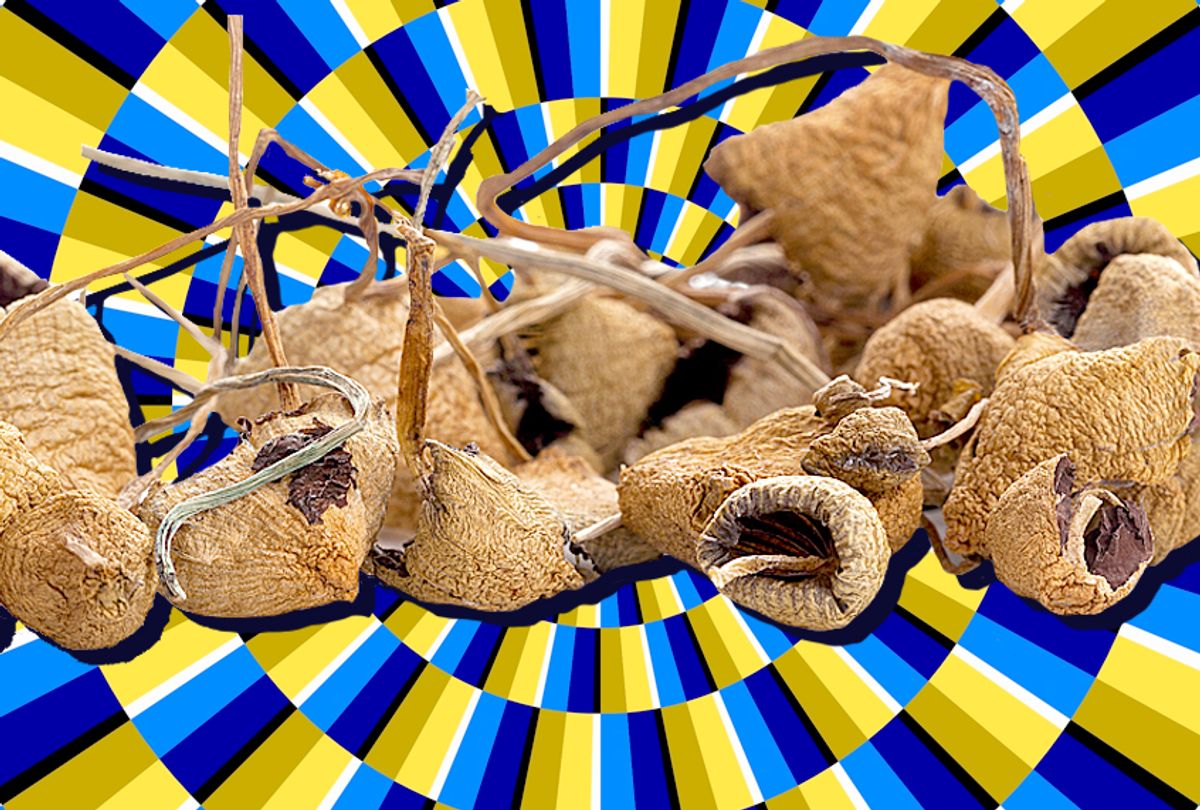 Perhaps recreational marijuana really is a gateway drug — or rather, a gateway to legalizing other drugs, like psilocybin mushrooms.

Pro-psychedelic drug activists in various states are pushing make psilocybin, the psychedelic drug’s scientific name, more accessible to the public. Indeed, in Colorado — a state that legalized marijuana in 2014 — members of Colorado for Psilocybin met with Denver city officials earlier this week to gather signatures on a measure to decriminalize magic mushrooms.

According to Colorado Public Radio, the proposed measure in Denver City would forgo felony charges for those in possession of the mushroom. Instead, anyone holding more than two ounces of dried mushrooms, or two pounds of uncured “wet” mushrooms, would be subject to a citation of less than $99 (for the first offense), and it would increase in increments of $100 for following offenses. A citation would never be issued for more than $999 (that would be expensive trip, but it might be better than jail time).

Currently in Colorado, possession of psilocybin is a criminal offense; the penalty largely depends on how much a civilian is in possession of, and what the intent of the person is (intent to distribute usually comes with a higher fine). Jail time and a hefty fine exceeding $2,000 are realistic consequences though.

The push to decriminalize magic mushrooms isn’t purely driven by hedonism though; it’s political, too. The Denver chapter of the Psilocybin Decriminalization Initiative — known as the Psychedelic Club at the University of Colorado Boulder — claims on their website that “drug laws ruin lives.”

Many of the organization’s activists are vocal about their stories and experiences about how psychedelics have changed their lives.

Xi, an MIT grad, started microdosing  on psilocybin mushrooms “as a source of creative inspiration for app development.”  She’s  now in prison for possession and distribution after a business competitor tried to take her down by revealing she was microdosing, according to the Psychedelic Club's profile of her.

In 2014, according to research by the Substance Abuse and Mental Health Services Administration's National Survey on Drug Use and Health, more than 1 million Americans over the age of 18 were users of hallucinogens.

The next step for Denver activists will be to submit petition materials for review with the Denver Elections Division, then they can begin to gather signatures.

Meanwhile, activists in California are pushing a similar measure.

The California Psilocybin Mushroom Decriminalization Initiative could appear on the ballot if it gathers 365,000 signatures by April 30, 2018. The initiative also seeks to decriminalize use, possession, sale, transport, or cultivation of psilocybin (a hallucinogenic compound) by those over the age of 21.

“Not only is this important for California. residents, it would set the tone for future states wishing to follow in California’s progressive footsteps,” Kitty Merchant, a spokesperson for the California Psilocybin Legalization Initiative, tells Salon. “This could transform medicine and mental health protocols, as well as alleviate pressures on law enforcement and the courts. Taxes from psilocybin sales could be used to fund drug treatment and help us put an end to this opiate epidemic.”

Magic mushrooms aren't purely recreational drugs; they have medicinal functions too. Studies have shown that psilocybin mushrooms could treat depression. In a study published in Lancet Psychiatry in 2016, treatment with psilocybin markedly reduced depressive symptoms in one week in patients who experienced depression. Improvements in anxiety and anhedonia were also recorded.

The California Psilocybin Legalization Initiative produced its own trippy YouTube video to tout the initiative, which you can watch below: