Days before last Christmas, the CPSC issued a new warning of a fire danger in at least 133,000 Polaris models 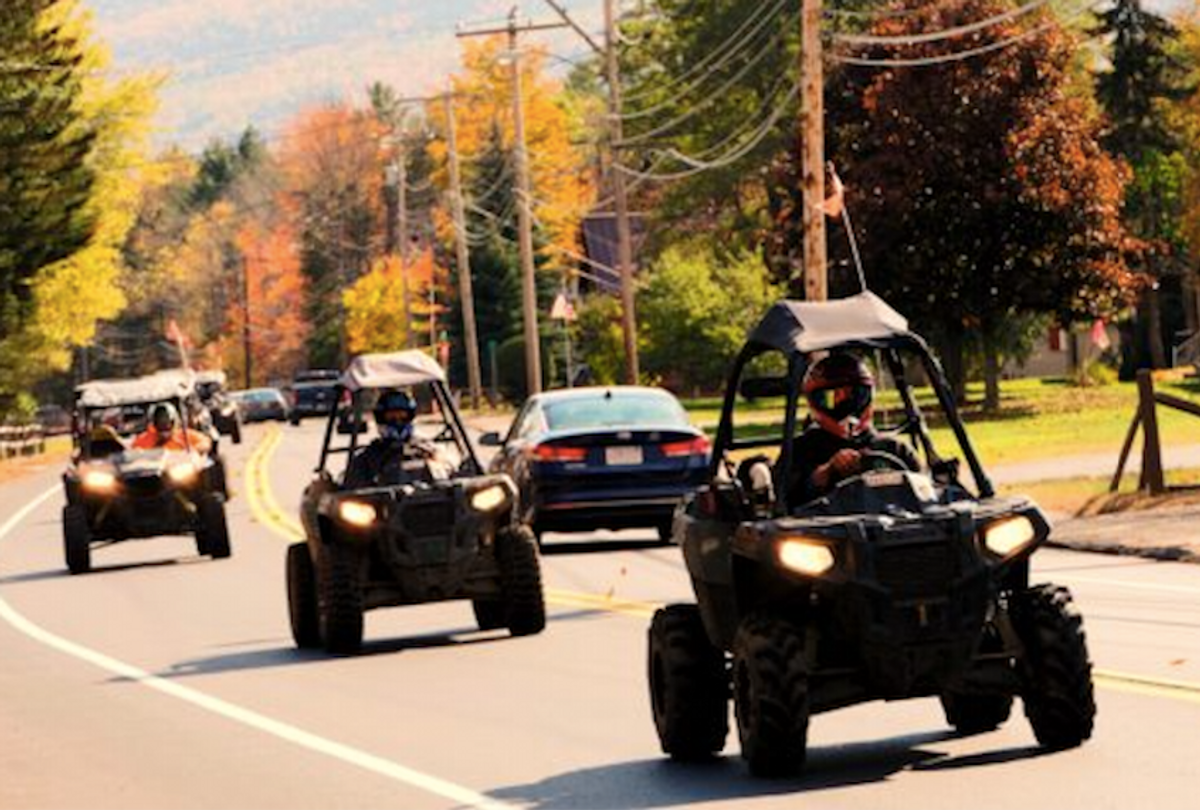 In recent years, Polaris Industries, the leading producer of off-road vehicles, has recalled hundreds of thousands of its trail machines due to a fire danger. The hazard is linked to at least three deaths and three dozen injuries ranging from minor scrapes to limbs burned so badly amputation was required.

Despite the string of recalls, the problem shows no sign of abating — and may actually be getting worse. Just days before last Christmas, the federal Consumer Product Safety Commission issued a new warning of a fire danger in at least 133,000 Polaris models, including some that had been previously recalled and supposedly fixed. The announcement drew criticism from consumer advocates because, this time around, the CPSC warned consumers of a serious danger, but said nothing about a new recall.

Jessica Rogers, a spokeswoman for Medina, Minn.,-based Polaris, declined FairWarning’s request for an interview. But in a prepared statement, she said, “Polaris has an unwavering commitment to our riders, and their safety is our top priority.”

About two-thirds of the two dozen Polaris recalls have involved the increasingly popular off-road models alternately known as side-by-sides, recreational off-highway vehicles or ROVs. While all-terrain vehicles, or ATVs, are straddled like motorcycles and have handlebars, ROVs come with steering wheels and seats for two or four, and often are used for family recreation.

Among those injured in Polaris fires was 11-year-old Keylee Latham. During a family visit with friends in Texas in July 2014, Keylee rode in a 2010 Polaris Ranger while tagging along on a trip to take trash to a dumpster. The vehicle tipped over, pinning her beneath it as the ROV began leaking gasoline. Then the ROV and Keylee caught fire.

She was rescued after a neighbor used his truck to push the Ranger off her body, according to a 2015 suit the family filed against Polaris in federal district court in Dallas. Lisa Latham, Keylee’s mother, got a call and rushed to the hospital, where she learned that her daughter was badly burned.

"Fell all to pieces"

“I couldn’t say anything I turned and walked out went to the nearest restroom locked the door, sat on the floor and fell all to pieces,” she wrote in a Facebook post. “I needed a few minutes to myself and God. I begged him and begged him not to take her away from me.”

Keylee suffered third- and fourth-degree burns over 60 percent of her body. Eventually part of her right leg and her left foot had to be amputated, according to the suit, which was settled out of court.

The suit claimed Polaris knew there was a danger of gas leaking in a rollover and that it should have installed a valve or taken another preventive measure. It also claimed that in 2007 a Polaris fuel-systems design engineer asked the company to test devices that would prevent fuel spills if a vehicle tipped over.

Polaris denied that the vehicle was defective and said the spill-prevention device cited in the suit ”was not suitable for Polaris vehicles.” Other details remain confidential, as many documents in the case were sealed as part of the settlement.

The first person killed in a Polaris fire was 15-year-old Baylee Hoaldridge in Utah. She died after being badly burned in July 2015, when a Polaris RZR in which she was a passenger tipped over and caught fire.

The other fatalities came in September 2016 in Utah. Two Arizona women were killed when their Polaris Ranger tipped over, sparking a fire.

“A large and lethal amount of gasoline saturated the area around the occupants, who were restrained in the vehicle by seat belts, and a large fire ignited,” according to a suit filed in Minnesota last year against Polaris by the families of Destiny Dixon and Deborah Swann.

“Within a few seconds, the Ranger was completely consumed in extremely hot and high flames,” the suit said. It added that the women were burned to death before they could release their seat belts.

As in the Keylee Latham case, the suit claims Polaris negligently failed to install a system to prevent fuel spills despite knowing that ROVs are prone to tip over.

In its April 2016 recall announcement, which included the model involved in Hoaldrige’s death, the CPSC said it was aware of at least 160 reports of fires and 19 injuries with first, second and third-degree burns.

It’s known that at least three deaths and three dozen injuries already have occurred, but the agency declined to provide an updated count on grounds that ‘’it’s an ongoing investigation.”

And the drumbeat of recalls has continued. Overall, according to a review of CPSC records by FairWarning, Polaris has recalled about 600,000 vehicles due to fire risk over the last 12 years — with nearly two-thirds of those vehicles, or 374,000, recalled in 2016 and 2017.

In their joint statement in December, the CPSC and Polaris warned that fires involving model year 2013 to 2017 Polaris RZR 900 and 1000 ROVs – including vehicles that were recalled in 2016 — have caused “death, serious injuries and property damage.”

Even so, there was no mention of a new recall. Instead, the statement said the agency and manufacturer simply said they would “continue to work together to ensure fire risks in these vehicles are addressed.”

In a Jan. 18 letter to the CPSC, Weintraub stated, “We are very concerned that consumers do not have the information needed to protect themselves from the fire hazard identified in the joint statement.”

Joseph Martyak, the CPSC director of communications, said he wasn’t authorized to explain why the agency decided to issue a statement and not require a recall. But, he said, the agency is taking the fire danger seriously. “There’s activity on this. It is not like we put that out jointly and that’s it,” he said.

Rogers, the Polaris spokeswoman, said in her statement to FairWarning that the company has been working “extensively with the CPSC and will continue to partner with them to reduce the risk of fire in off-road vehicles. We will continue to take the necessary actions should we identify systematic safety issues.”

Yet Jeffrey Eisenberg, a Utah lawyer suing Polaris on behalf of the two Arizona women killed in the 2016 fire, took the failure to announce a new recall as a possible sign that Polaris is resisting the safety regulators “and that they are unwilling to concede that fire problems are the result of product defects.”

In the past, the CPSC has been more forceful with Polaris on safety issues. In 2005, Polaris agreed to pay a $950,000 civil penalty to settle allegations that it knew about serious safety problems that could affect almost 70,000 ATVs but delayed reporting them to federal regulators. Polaris did not admit any wrongdoing and said it agreed to the settlement to avoid a lengthy legal battle.

Polaris’ vehicles are built in the United States, Mexico and Taiwan. There’s no single cause for the fires, with recall notices mentioning leaking fuel lines and tanks, overheating engines and inadequate heat shields.

In response to owner complaints on the CPSC website, Polaris has said it investigated some fires and found the owners allowed grass or debris to build up underneath the vehicle and that’s what caught fire. In other cases, the company blamed poor maintenance.

But some see a systemic problem within Polaris.

“Recalls are a regular and inevitable part of the power sports business, but the increase in recalls starting in 2015 has been very unusual,” said James Hardiman, the managing director of equity research at Wedbush Securities, an investment firm that tracks Polaris. “Clearly, there were deficiencies in both how the vehicles were engineered as well as how Polaris anticipated the vehicles being used in the field,” he said.

Polaris has been under increasing competitive pressure from other manufacturers and has upgraded its models frequently, Hardiman said, so it’s possible the company rushed some models into production before they were properly tested.

“I just don’t think there is much effort put into what we would classically call durability testing, you really put it through its paces,” said Mark Arndt, the president of Transportation Safety Technologies and a consultant in motor vehicle fires who has testified in suits against Polaris.

But Arndt said there may be other factors, such as owners making modifications or carrying gasoline in containers, raising the risk of a leak.