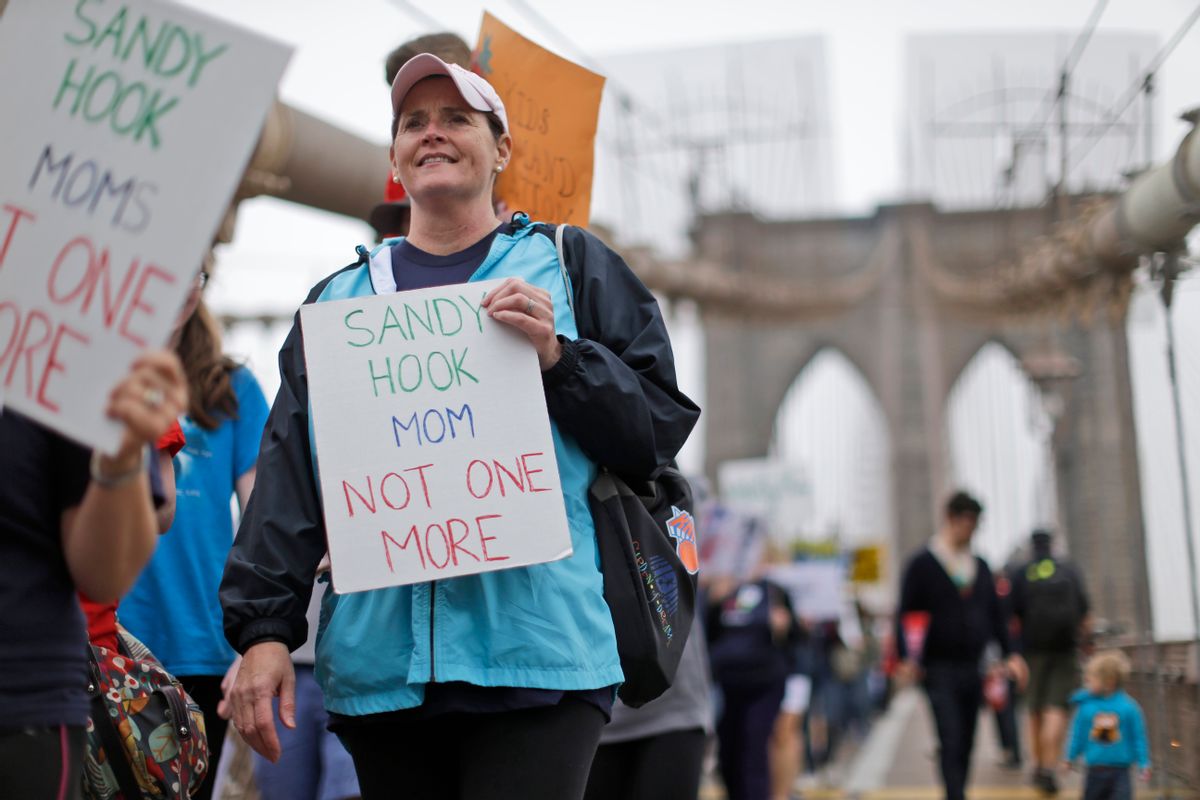 Beth Hegarty, a Sandy Hook Elementary School mother who happened to be inside the school the day of the shooting with her three daughters, all of whom survived, marches over the Brooklyn bridge during the third annual Brooklyn bridge march and rally to end gun violence Saturday, May 9, 2015, in New York. Organizers said the proliferation of guns results in an average of more than 80 deaths a day across the country. (AP Photo/Mary Altaffer) (AP)
--

As the National Rifle Association reels from a wave of opposition sparked by the Parkland shooting, polling shows that supporters of gun control may have enough momentum to actually make real change.

The conventional wisdom has always been that, while more people supported gun control measures than opposed them, gun control opponents cared so much more about the issue than their opponents that politicians feared angering them.

All of that may be changing.

These are huge shifts from just a few years ago.

In 2014, before the shooting in Newtown, Connecticut, 31 percent of Republicans said that the issue was important to their vote, which has risen since risen 9 points. But the percent of Democrats saying the issue is important, which was 28 percent in 2014, has more than doubled to 62 percent now.

The recent bump in enthusiasm for gun control may be closely tied to the fact that the Parkland shooting happened so recently. But advocates, notably including teenagers who survived the attack, are successfully keeping the topic in the headlines.

Going into the 2018 elections, then, politicians should be more nervous about a backlash from gun control supporters than from gun control opponents. And Democrats should have more to fear from their own base on the issue than Republicans well.

While this polling doesn't guarantee substantial gun control legislation will be passed in the near-term, the chance that more lawmakers will push for stricter laws is rising.